−to reduce the impact of natural hazards such as floods and droughts.

Nine farming groups within Mahaica-Berbice (Region5) and East Berbice-Corentyne (Region 6) have received almost $20Million in micro-grants to reduce the impact of natural disasters.

The funds were provided under the UNDP’s Strengthening Disaster Management Capacity of Women in the Cooperative Republic of Guyana and Commonwealth of Dominica programme. 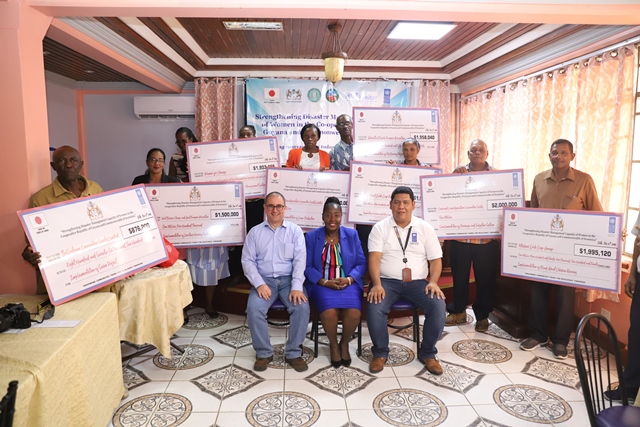 Julian David from the Belladrum Cooperative Society Limited welcomed the assistance on Tuesday, explaining that his group rears pigs and the donation will help make the project more sustainable.

“We can now afford to purchase 24 nipple drinkers for the pigs,” he said while adding that he will acquire a pressure washer to clean the pens better. 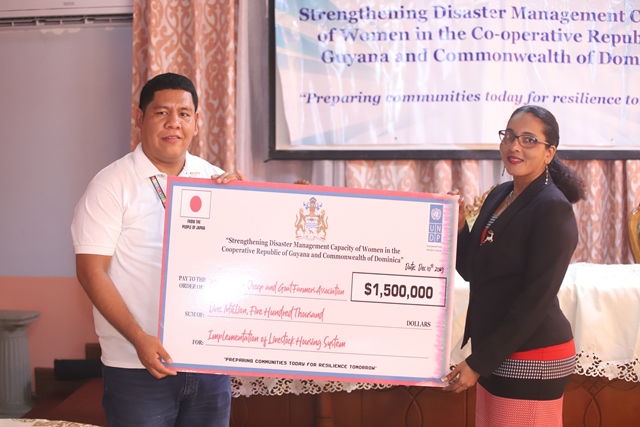 The Women for Change Group was another grant recipient. Shamie McAlmont, who is involved primarily in agro-processing, said the money would be used to construct a shade house, establish a hydroponic farm, and purchase farming equipment and tools.

Minister with responsibility for Rural Affairs, the Hon. Valerie Adams-Yearwood said the government was doing its part to cushion the impact of climate change despite the challenges. 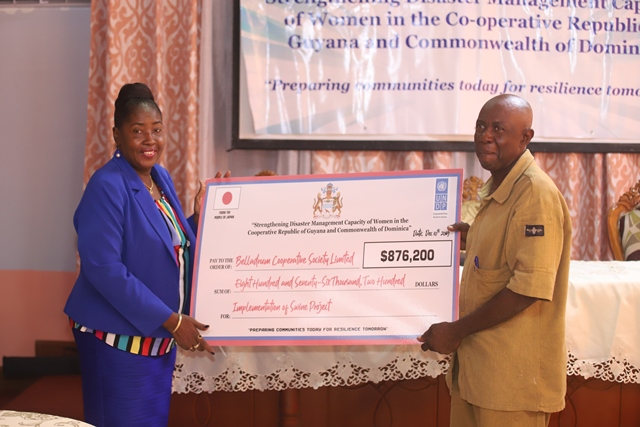 “With limited financial resources, one can only do so much and no more. That’s the reason why we as a government embrace these and other programmes of the UN and other local and international partners, which seek to build the capacity of our people.”

The Japanese government provided the funds for the micro-grants scheme which forms part of the three-year project which commenced in 2018 and will conclude June 2021.