NDIA to undertake massive dredging of the Bellamy Canal

On Monday, November 4, twelve excavators will be dispatched in the High Dam area in Region 5, Mahaica-Berbice, to begin dredging of the Bellamy Canal and constructing a higher dam. This is being done to alleviate possible and future flooding in the area.

Earlier on Friday, Chief Executive Officer of the National Drainage and Irrigation Authority (NDIA), Fredrick Flatts, told the Department of Public Information (DPI), at the moment this would be the best solution to the problem at hand. 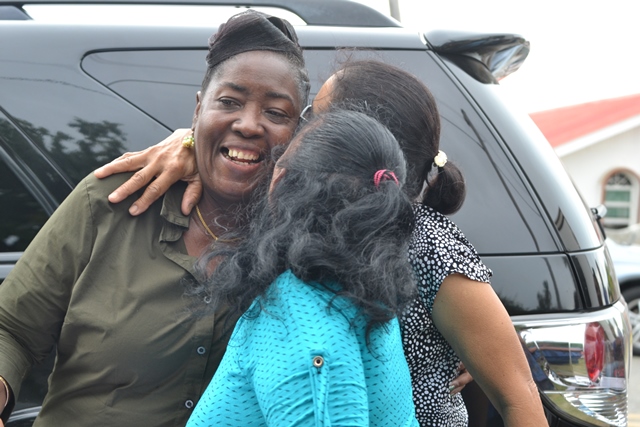 Minister within the Ministry of Agriculture, with responsibility for Rural Affairs, Hon. Valerie Adams-Yearwood bring greeted by residents Annette Balgobin and Zabida Bacchus after receiving their food hampers.

That problem being flooding in some parts of the Mahaica-Berbice Region due to unusually high tides.

“We plan to build a secondary dam between Fairfield and Dantzig. The secondary would be very high, about 8 feet high above the land and about 12 feet top width, it’s a significant dam. That dam will start at the sea defence to cross the Bellamy Canal coming about 800 feet into the land, then go parallel to the sea defence and come back in at Fairfield,” Flatts explained. 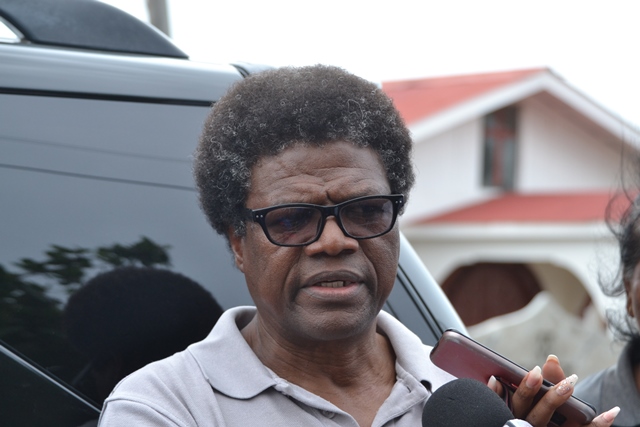 The NDIA CEO revisited the region, on Friday, with Minister within the Ministry of Agriculture, with responsibility for Rural Affairs, Hon. Valerie Adams-Yearwood, who delivered food hampers to residents at High Dam, Rebecca’s Lust and Glaziers Lust. The team also spoke with members of the community about the current situation, and possible ways to deal with it.

Minister Adams-Yearwood expressed satisfaction with the NDIA’s solution, which also got the support of the residents.

“Your government is very concerned about your current situation… Hearing the plan by Mr. Flatts, we expect that with the spring tide in November, we would not see a repeat of what we saw this season here,” Minister Adams-Yearwood noted. 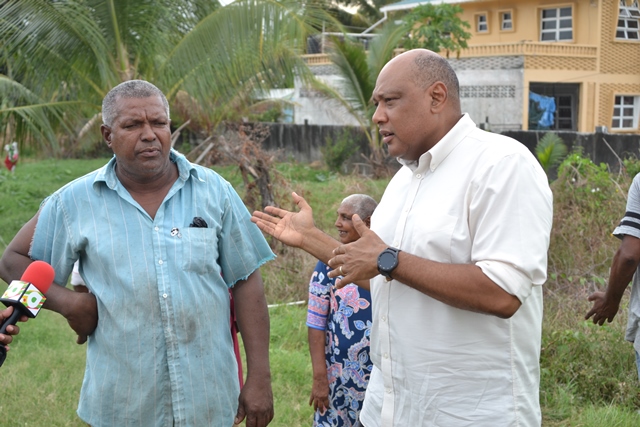 Later on, Minister of Natural Resources, Hon. Raphael Trotman, joined the exercise, meeting with residents and assuring them that government was working to ensure these events, though acts of nature, does not affect them this severely again.

“We are trying to tabulate how much has been lost and to see how best the government can replace. What we are seeing here is mother nature demonstrating that she is in charge, but governments do have a responsibility to take care of its people… We are responding to a situation of need,” Minister Trotman told DPI. 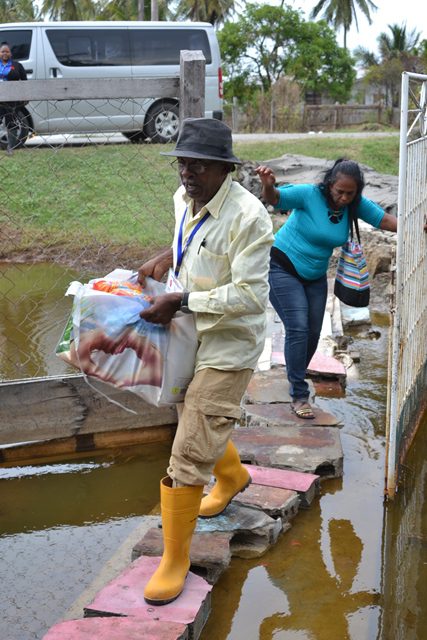 The Civil Defense Commission (CDC) throughout this week, including Friday, has been continuously distributing clean drinking water and cleaning agents to the affected families.

Forty-three families were given food hampers to last more than one week, along with cleaning agents to aide in the cleanup efforts.