Farmers of Berbice River communities to benefit from MOA’s interventions

– a supply bond at Ebini, supply contracts through the new GMC among relief measures

The facilitation of easier access to fertiliser and other agriculture inputs through the establishment of a supplies bond at Ebini waterfront were among assurances given to farmers of the Berbice River Communities of De veldt, Sand Hills, Kimbia, Ebini, Wiruni, and Calcuni on April 11 and 12 by Agriculture Minister Noel Holder.

Minister Holder and a team were at the time conducting an outreach to the riverine communities. Other members of the team included the local representative of the International Institute for Cooperation on Agriculture, Wilmot Garnett, CEO of the Guyana Livestock Development Authority (GLDA), Nigel Cumberbatch, CEO of the National Agriculture Research Institute (NARI) Dr. Oudho Homenauth and Chief Technical Officer of the Ministry of Agriculture, George Jervis.

At DeVeldt, a community of some 1000 residents, farmers there spoke of the many challenges they face with access to markets for their produce, which mainly consists of pumpkins, pineapples, some amount of plantains and bananas. The need for improved drainage and irrigation infrastructure in the communities along the Berbice River and the of a functioning telephone service was also raised by the residents of De Veldt.

Responding to the concerns raised by the De Veldt community, Minister Holder encouraged the farmers to diversify to nontraditional crops such as ginger, turmeric and black pepper which attract much better prices and are always in major demand, as a means of bolstering the current pumpkin cultivation. He urged them to practice market-led agriculture, one in which the farmer first avails himself of information on what the market requires and tailors his cultivation to suit those demands.

The Agriculture Minister disclosed that he has already put in place systems in which the new Guyana Marketing Corporation (GMC) will be establishing closer ties with farmers, providing them with market intelligence and offering contracts for the supply of specific produce on a weekly, or monthly basis depending on the market demand.

Additionally, the minister committed the support of the various agencies attached to the Ministry of Agriculture such as the NARI, GLDA to boost the agricultural efforts of the farmers of De Veldt and other communities in the Berbice River.

Minister Holder informed the farmer gathered NARI can provide support by way of seed stock, seedlings as well as diagnostic assistance for whatever problems farmers may be facing on their farms.  The GLDA he said can provide those farmers interested in rearing the black giant chicken, with chicks and the necessary technical support that will be critical to the success of any such venture. The Black Giant chicken is a dual-purpose bird that can lay up to 200 eggs per year.

“The government’s approach to addressing the marketing problems of farmers across Guyana is that it has to be a holistic one in which all issues are addressed in a systematic way”, Minister Holder said. 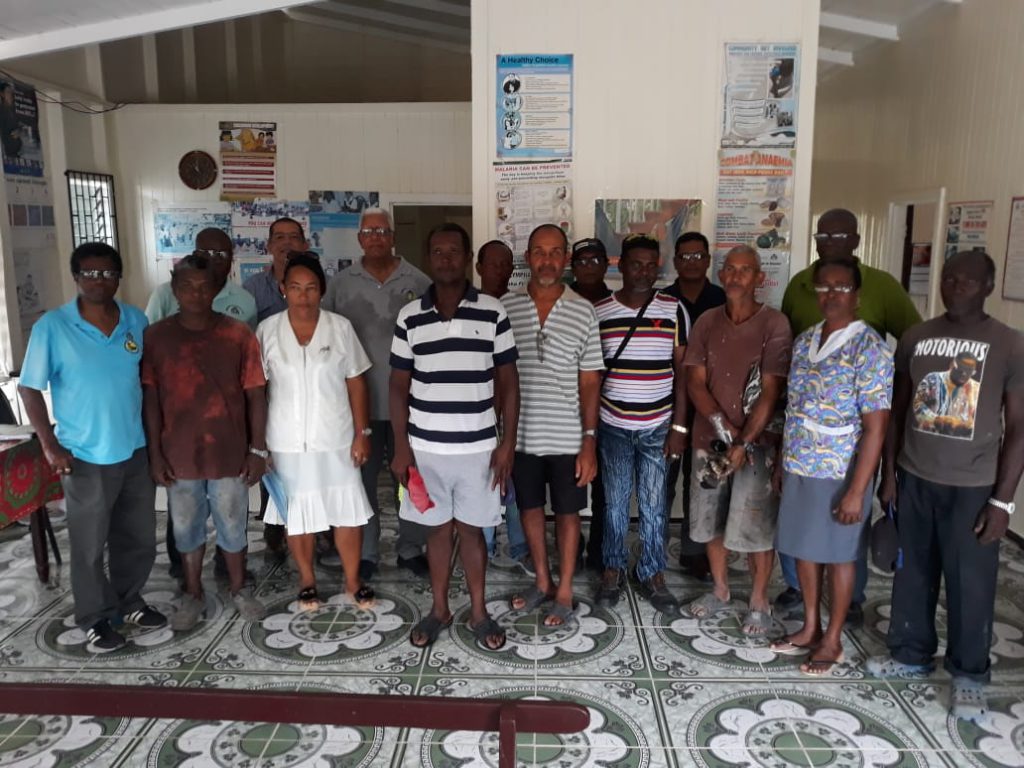 Minister Holder with residents of DeVeldt

The Minister explained that the GMC whilst visiting the various communities to purchase produce in fulfilment of contracts they would of have signed with the farmers will also bring be bring much-needed supplies of fertiliser, limestone or whatever agricultural inputs and supplies that may be required. These items he said will be “sold to them at a cost.”

“Such an arrangement would save you the added cost of travelling to New Amsterdam, or Georgetown for supplies and then having to pay additional monies to transport those supplies back to your communities,” he added.

To further assist with the acquisition costs of agriculture inputs, Minister Holder promised his ministry’s help in the establishment of a supply bond at Ebini where fertilisers, agrochemicals and other key material could be stored and made available to the farmers of the riverain communities at cost.

On the matter improving telecommunications, the Minister highlighted the e-governance programme which has seen, the ministry of telecommunications establishing internet hubs in communities across the country.  He assured the residents that he will make representation to Minister of Public Telecommunications Catherine Hughes with a view to having the community benefit from this programme.

Minister Holder and the team also visited and held meetings with residents of Sand Hills, Ebini, Wiruni and Calcuni where villagers and farmers shared similar concerns as those at De Veldt.  In all these communities, the minister and his team shared with residents the many interventions planned – including closer collaboration between the GLDA and livestock owners as it relates to veterinary services.

At Sand Hills, help was promised to farmers there for an intervention in relation to a loan they have been unable to draw down on from the Institute of Private Enterprise Development (IPED). Assistance was also assured in relation to access to potable water from solar-powered wells in the riverine communities that have not been operable for a while.

Minister Holder note that the agriculture potential of the Berbice River communities is extensive and it with advent of oil – monies will be put aside for just such investments in Guyana’s agriculture development  and communities like those along the Berbice River will see  the development and execution of critical infrastructure and support systems for the area to realise its full potential.

Since his appointment as Minister of Agriculture, Noel Holder has significantly advanced the developmental efforts for the intermediate and Rupununi Savannahs and has been relentless in his efforts at addressing the challenges being faced in those communities. 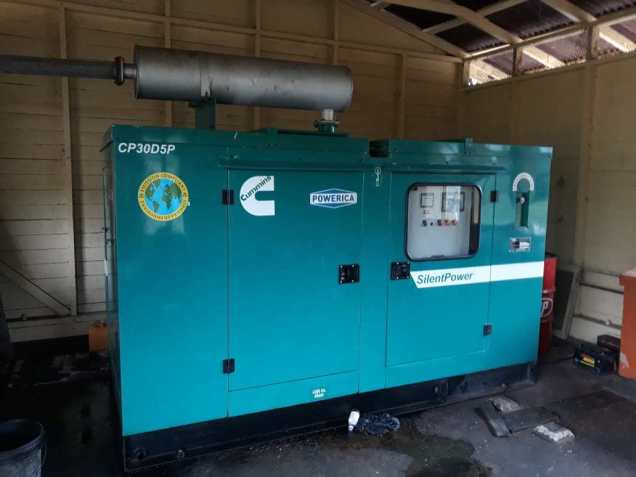 A section of the head regulator at Torani Canal