Rice Board intensifies its efforts at Paddy Bug control

Despite the issue of Paddy Bug infestation causing severe damage to production, some sections of farmers in Region 2 are refusing assistance from the Guyana Rice Development Board (GRDB), citing increasing production and labour cost as their reason for doing so.

The additional labour was necessary for ensuring effective coverage and wetness while applying the spraying technique to ensure that the bug dies. 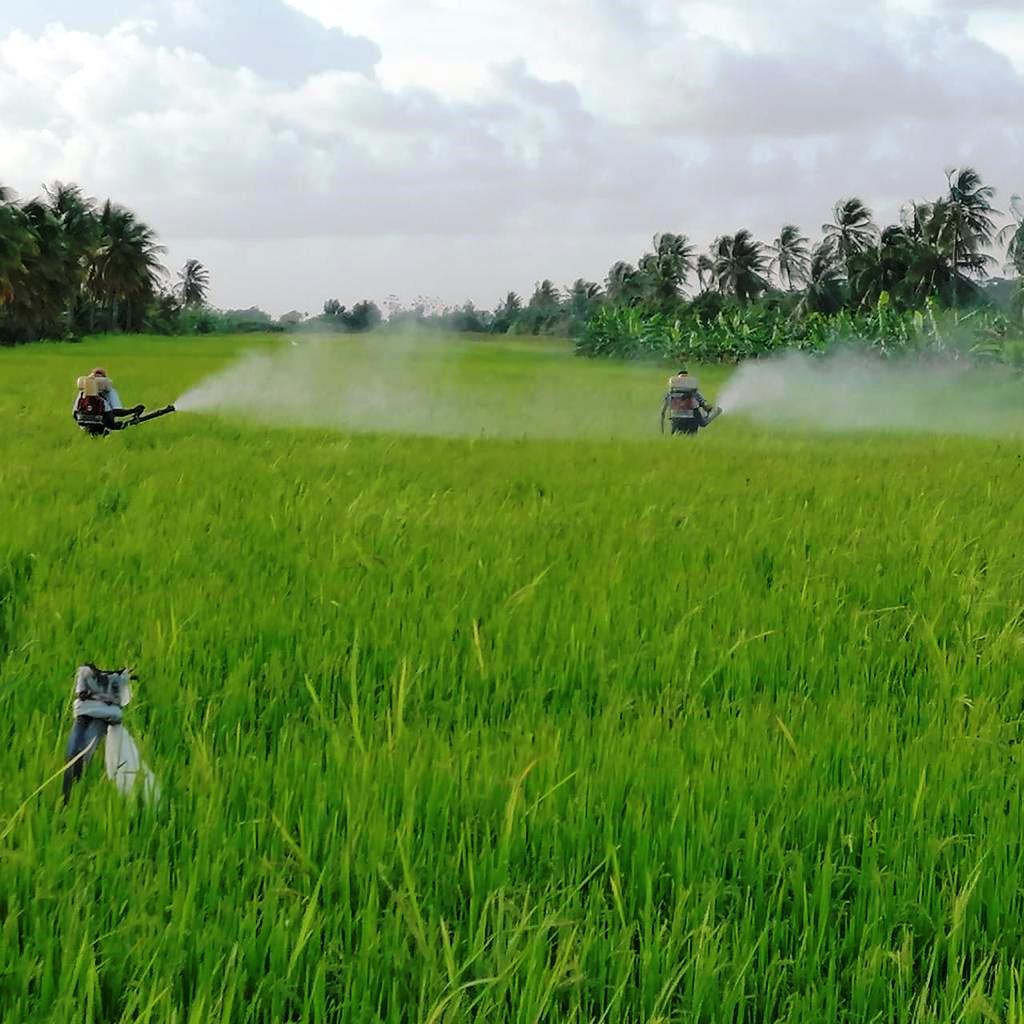 General Manager of the Guyana Rice Development Board (GRDB), Mr. Nizam Hassan has noted that such a situation can have a negative output on the industry and urged farmers “to look at the bigger picture” and put aside any differences and work together with the Board to ensure that the industry continues to prevail.

“We (Board), have implemented a number of measures especially in the areas of extension services being provided to farmers countrywide to ensure that their livelihoods are protected…while this attracted cost and man hours it was necessary to ensure that our farmers remain happy and comfortable,” he said.  The Board has employed Paddy Bug Management Officers for all the regions on the coast.

To this end, the GRDB team headed by Entomologist, Dr. Viviane Baharally embarked on a Paddy Bug management exercise which started on March 5, 2019. This saw the team providing insecticides and technical support twice daily to ensure not only that the affected farmers are rid of the bug, but that farms which are not affected remain in that state.

While there has been a positive response to the program by some farmers others were reluctant to the assistance.

“In one instance, a farmer refused the assistance and chased the team because he was not given the insecticide alone.  There were other instances where farmers wanted the insecticide only and not the technical support; but the team insisted that the application technique is monitored for accuracy, again the assistance was refused,” Dr. Baharally in an interview stated. 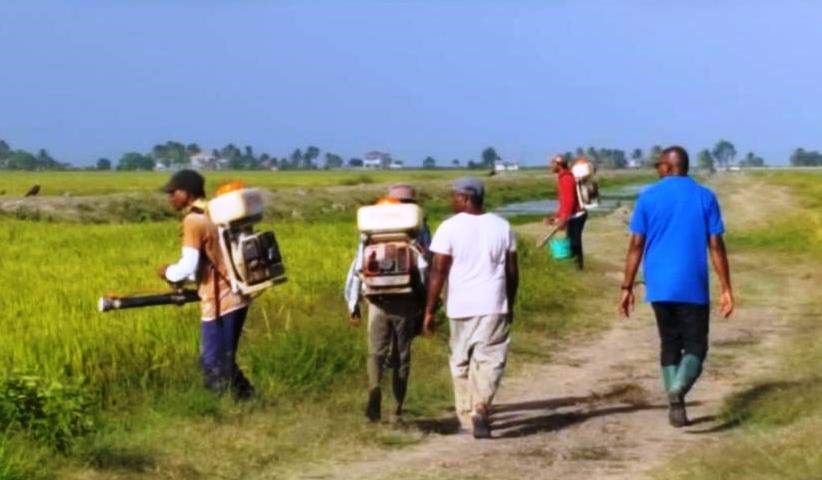 In other instances, farmers would agree to work with the team but would never show up to have their field sprayed. As a result, the bugs are migrating from the unsprayed fields as the food source is being depleted to the fields more vulnerable.

The farmers for each field being monitored are contacted and informed of the paddy bug levels, which were recorded above the threshold in all cases and arrangements made to have sprayed at the earliest. The GRDB has been providing the insecticide and technical support with respect to the application techniques and the farmers were responsible for providing the labour.

“At all times, every field that benefited from the intervention had control where dead paddy bugs fell to the bottom or were left stuck temporarily to the rice plant.  However, re-infestations occurred daily at dusk and dawn,” Dr. Baharally noted.

Farmers are being advised to continue daily monitoring of their fields and repeat the spray application using the same techniques especially if the paddy bug exceeded the threshold. According to the General Manager, the field-tested exceeded the threshold of 25 bags in 50 sweeps in all districts between New Road to Vilvoordeen.

“Paddy bug levels were 1000s of bugs in 50 sweeps and constant killing of the invading adult bugs reduced the numbers by 50 percent or more.  The lower the number of bugs and the shorter the time the bugs are allowed to feed have definitely resulted in reduced percentage damage,” Hassan added.

The team worked throughout the region and has supervised spaying for over eleven thousand acres of farmland. However, more emphasis was given to fields situated between New Road and Bush Lot, which were heavily affected. The extension team continues to monitor the farmers’ field twice daily.

The intervention by the GRDB Extension team was as a direct result of a promise made by Agriculture Minister, Noel Holder during the Ministerial Outreach headed by Prime Minister, Hon. Moses Nagamootoo on February 1, 2019.