Home NEWS “From farm to fork”

“From farm to fork”

Green and gold decorated the compound of the Ministry of Agriculture this afternoon as they presented their costume band for Mashramani 2019. The band was presented under the theme, ‘From farm to fork: grow more, add value.’

Designer, Jermaine Broomes said the bright gold and green costumes depict the cane and rice aspect of the ministry. 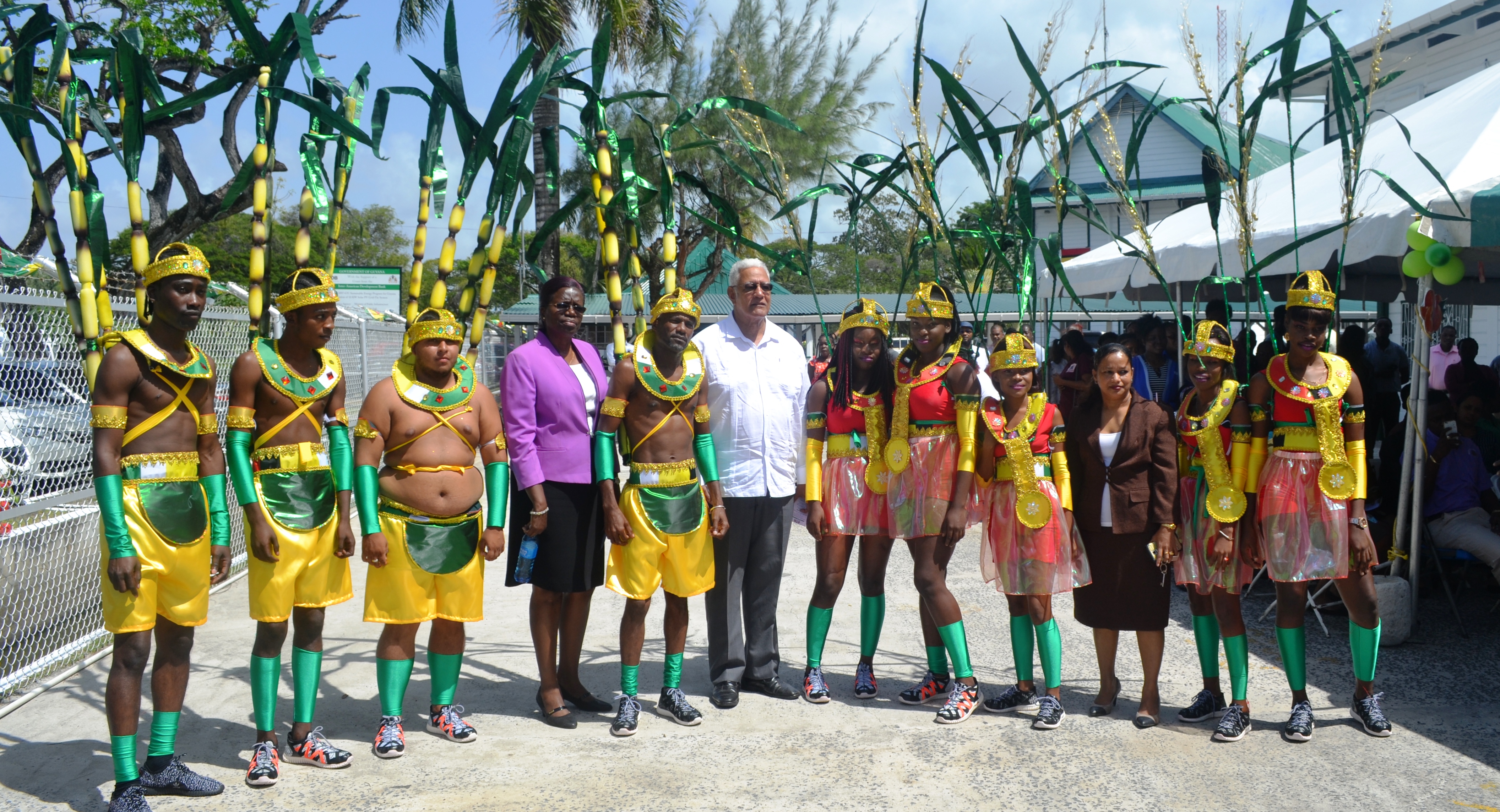 According to the minister, the costume band will be representing sustainable, productive, climate resilient, diversified agriculture while the main costume will depict major export crops and the importance of our growing agro-processing industry.

Minister Holder noted with some amusement that the band’s float is being kept under wraps for a big reveal later.

He emphasised the unique “Guyaneseness” of Mashramani – a celebration observed by all ages and ethnic groups as he encouraged staff and members of the gathering to join the parade on Mash day.

The launching saw performances by artistes, Jumo Primo and Calvin Burnette, who gave the crowd a taste of what to expect from the band come February 23.

The king and queen of the band will be launched on Wednesday, February 20, 2019, at the Durban Park. 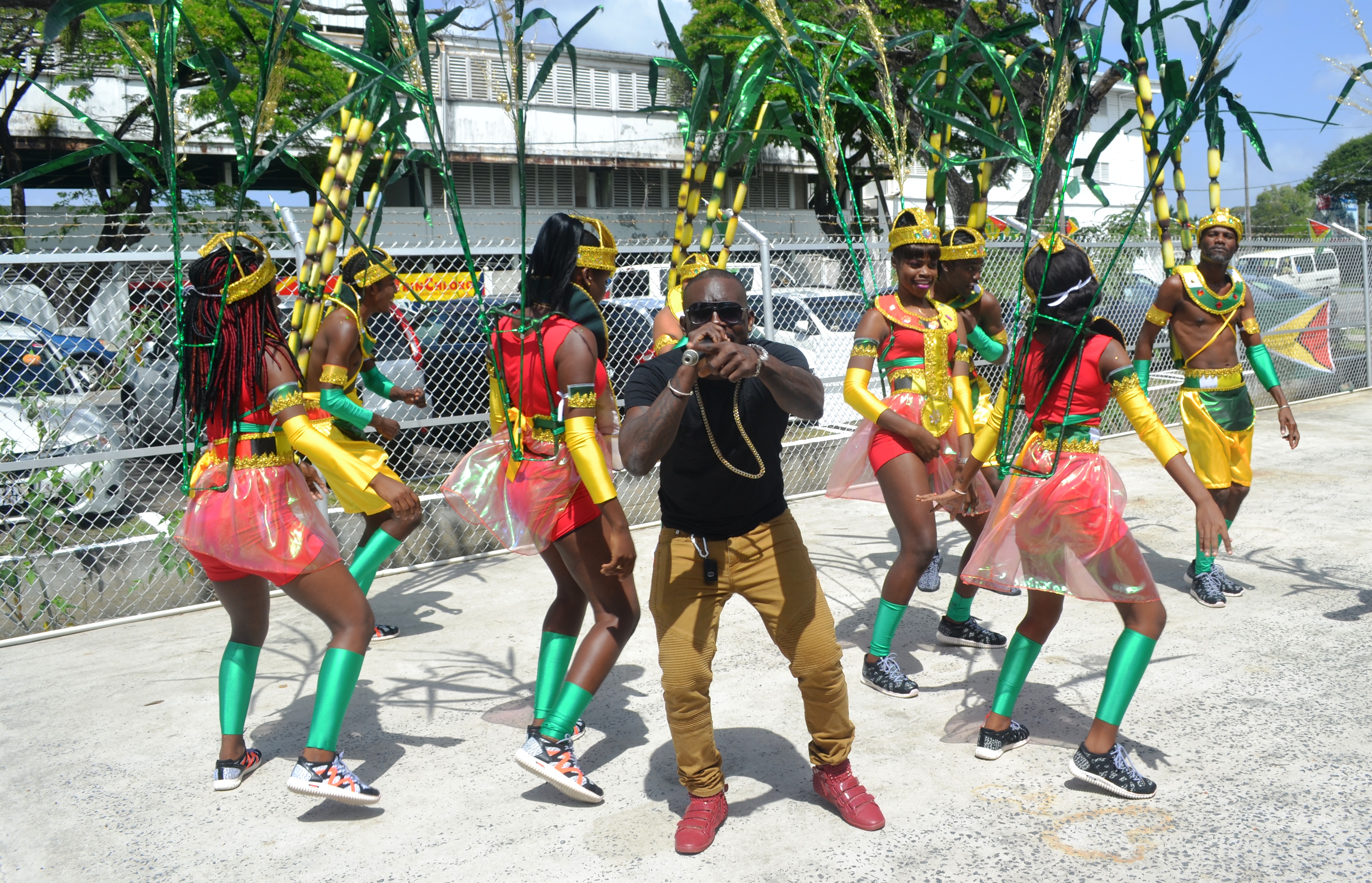 Jumo Primo while performing with some of the revellers 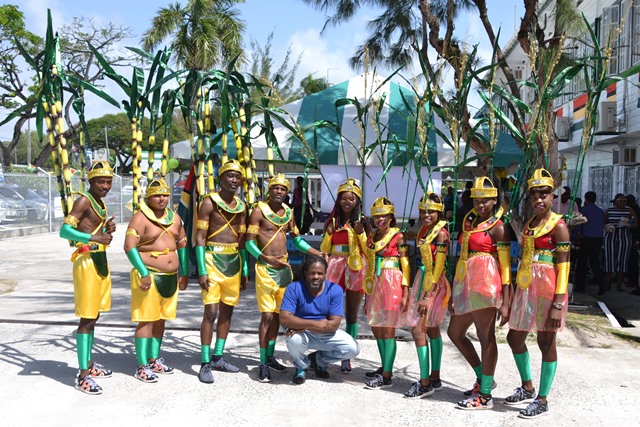 Costume designer, Jermaine Broomes and some of the revellers