A team of senior agriculture officials led by Minister of Agriculture, Noel Holder on Wednesday met with Region Two councillors to address agriculture-related issues in the Pomeroon-Supenaam area.

Minister Holder said the Pomeroon-Supenaam Region is of particular interest to the government and disclosed that much is in store for the improvement of the region’s agriculture capacity and diversity.

“Region Two is of particular interest to the government largely because it has probably the largest percentage of small rice farmers… This region also has, arguably one of the highest production levels across the country,” the Agri Minister said.

The Regional Councillors were afforded the opportunity to represent their various constituencies to Minister Holder and his high-level team. 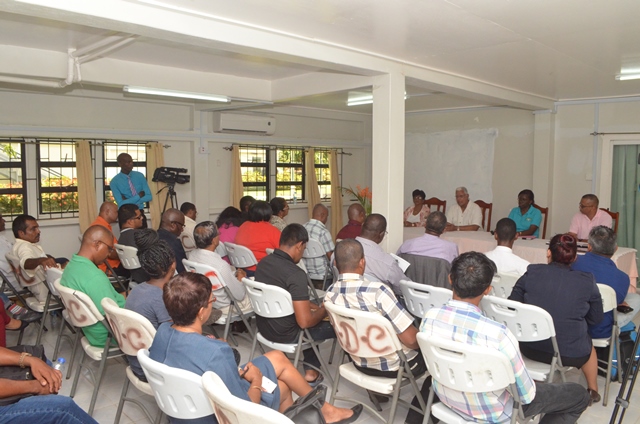 The attendance of regional and other officials at the meeting

Some significant areas highlighted for address included drainage and irrigation, the thriving coconut industry, the potential oil industry and its effects on the fishing industry and the provision of markets. The rice industry in the region garnered much attention in this meeting.

GRDB General Manager, Nizam Hassan while lauding the region’s contribution to rice production, stated that all aspects of agricultural practices need looked into and upheld in order to see improved production numbers.

“With regards to what is happening here in Region Two, the farmers are applying fertilisers and they are spraying for paddy bug and during this time of the crop, the paddy bug poses a challenge. Therefore, the GRDB staff is continuing with its outreaches, meeting farmers and advising them,” Hassan explained. 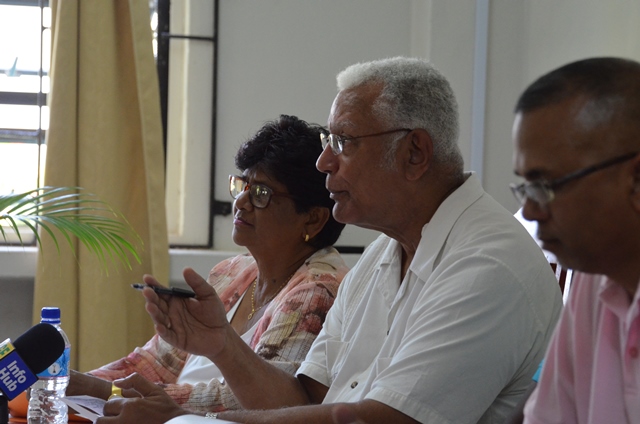 Regional Agriculture Coordinator, Naith Ram said that he has continually made representation for the sector and has seen some of the issues addressed. Most of the issues highlighted by Ram at this meeting have already been undertaken through agriculture initiatives overseen by the central ministry. 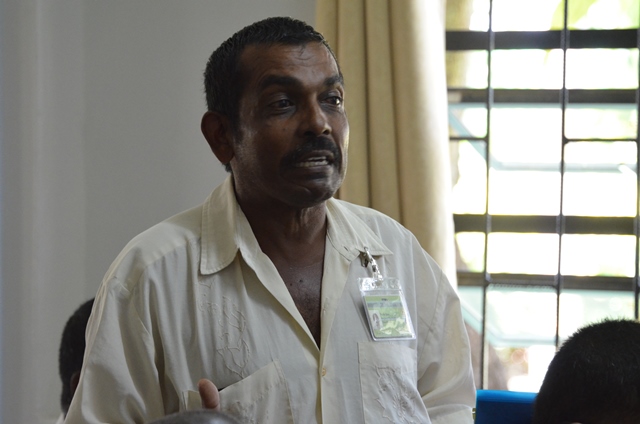 Minister Holder encouraged councillors to take seriously their roles as community and regional representatives since they play a vital role in communicating the government’s vision to residents in regions without bias and political compromise.