General Manager Aubrey Charles told the Department of Public Information (DPI): “In the Berbice/Abary area we have three sea sluices at the communities of Profit, Trafalgar and D’Edward. In addition to our pump at Trafalgar, the NDIA [National Drainage and Irrigation Authority] also has a pump station there. So, during the tide lock period when you can’t get drainage via the sluices, the pumps kick in and continue to drain the area.” 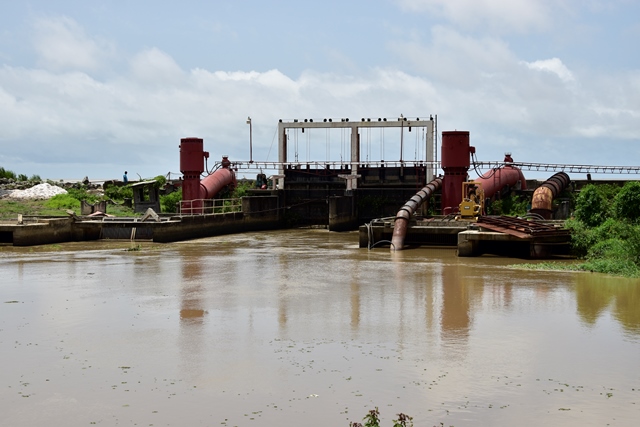 Pumps and river sluices at Trafalgar.

Charles said the drainage infrastructure throughout the district is constantly being maintained and upgraded to ensure it remains in good working order.

The MMA/ADA is the authority tasked with the administration of state lands in the West Berbice area. It is a semi-autonomous agency under the Ministry of Agriculture and currently receives in excess of $200Million annually from the government to fund its recurrent expenses such as wages and salaries and utility costs.

A section of the façade drainage canal at Trafalgar.