Region 8 (Potaro-Siparuni) – While North Region 8 is mainly involved in mining activities, the Southern sub-region consists of many Amerindian Villages known for its agricultural productivity amidst the challenges of its location. To ensure that a more networked approach is adopted to boost agricultural production and productivity, Agriculture Minister, Noel Holder spearheaded an Outreach to the Region.

The Minister who was accompanied by Permanent Secretary, Delma Nedd and other senior government officials, covered the villages of Kamana, Kurukabaru, Kanapang, Itabac, Kato, Tuseneng, Paramakatoi, Bamboo Creek, and Monkey Mountain, April 11 to 15. The villages of Rukumuta, Karasabai, Tiperu and Yurong Paru in Region 9 were also visited.

At Kamana, the team was greeted by Toshao Jeffery Edwards and councilors where the meeting was held at the community Center and centered around issues such as Cassava Rot due to flooding the region experienced a few months ago. A request for a cassava machine for the community women project were discussed.

Minister Holder, in giving remarks, spoke of the Ministry’s Agricultural Development Plan for the Region which will be rolled out shortly and will include the recommendations made by the villages. Crop suitability is a major issued if the region is to effectively tap into its potential and will also be incorporated into the program.

“The Ministry of Agriculture is committed to addressed whatever shortfalls you may have by giving the necessary technical support so that you can tap into your true potential as a village….the development plan which will be implemented seeks to ensure that you expand not only your traditional commodities, but looking into non-traditional,” the Minister said.

The issue of subsistence farmers was also addressed as the Agriculture Minister spoke of the potential of the region in becoming a major exporter to the coast and beyond. He added that while cattle rearing and cassava production is the main income generating product of the region at the moment, the Developmental plan will cater for additional crops and livestock.

Deputy Chief Executive Officer, Guyana Livestock Development Authority, Dr. Dwight Waldron spoke of the potential the program which has recorded birds gaining 8-9 pounds over a 3-6 months period and the egg production of over 230 eggs annually. The birds according to Dr. Waldron doesn’t require the purchase of imported feed, as they consumes kitchen waste and grass.

“This will ensure that you do not spend additional money and will generate financing for your village as the meat can be sold to the school as part of its School Feeding Program,” Permanent Secretary of the Ministry of Agriculture, Delma Nedd said.

The resident were also encouraged to work along with the extension officers of the National Agricultural research and Extension Institute (NAREI) in embarking on new crop production.  Similar issues were raised at Kurukabaru with residents requesting assistance with aquaculture production.

According to Village Councilor, Kurukabaru, Mr. Grandville Lewis, the village is looking into fish rearing and as such requested technical support from the Fisheries Department. The aim is to not only sell the fish to the village but with the addition of other critical services to supply other villages and even extra regionally.

The National Agricultural Research and Extension Institute (NAREI) has been running a successful ants program in the region which has since seen the reduction of the prevalence of Acoushi Ants on farms.

According to the residents, while this has been of great assistance, they are now affected by white flies and caterpillars.

Chief Executive Officer of the Institute, Dr. Oudho Homenauth, who handed over Acoushi Ant bait and chemicals to treat the white flies and caterpillars spoke of the upcoming projects of the Institute which will be rolled out during the Ministry’s Agricultural Development Plan.

“This will see our extension officers working with you to incorporate new crops, and to ensure that pest and diseases do not adversely affect your production..Our team is here to work with you on a day-to-day basis and i urge you to ensure that you are actively involved in ensuring that it is done and in a timely manner,” he told the gathering.

Similar sustainable development plans will be employed in other hinterland regions according to the Agriculture Minister, who stated that the visit has enabled the team to have a better understanding of the concerns affecting the residents and to ensure that the issues raised were addressed.

Recognizing the difficulties posed with respect to access to markets, availability of quality seeds and transportation of production, Government is committed and have embarked on several programs to help farmers move into new crops.

“The developmental Program will provide sufficient resources so that you can transform your village. With the discovery of Oil and the thrust of the Ministry of Agriculture in moving our production base to the hinterland, the timing is right for investments in agriculture and for you to adopt new and innovative projects,” the Minister said.

The team in a convoy of 5 vehicles from various agencies in the Ministry crossed rivers, drove through thick forests, mountains, uphill, downhill and on rugged terrain made its way to Kanapang, Itabac, Kato and then Tuseneng to meet with resident. At the village, huge yams, cassava and bananas produced by the village were on display.

However, the availability of markets was one of the greatest concerns of residents. Guyana Marketing Corporation’s, Corp Extension Officer assigned to the Hinterland, Jo-Lee Walton informed the residents of efforts made by the GMC through the facilitation of produce to markets.

She added that while the GMC prefers not to purchase produce from individual buyers, they can offer this facility once the farmers formed themselves into groups/clusters.

According to Walton, it takes dedication, partnership and individual effort to ensure success and has committed to working with the villages to ensure that market relates issues are addressed.

The additional concerns and recommendations which were raised by residents would be incorporated into the Region’s development programme.

With the addition of new crops, water management will be crucial and the National Drainage and Irrigation Authority (NDIA) has been mandate to complete a study of the region which will include the availability of water catchment areas to supply farmers’ irrigation requirements during dry periods.

According to the Agriculture Minister, the management of the system needed to be improved to give farmers the much needed support. 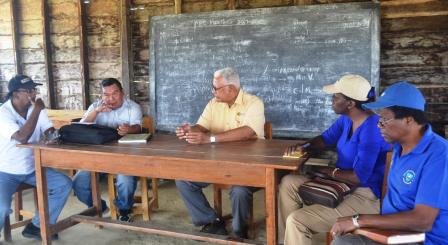 Minister Holder, Permanent Secretary, Delma Nedd and other heads of departments during a village meeting in Kamana Village 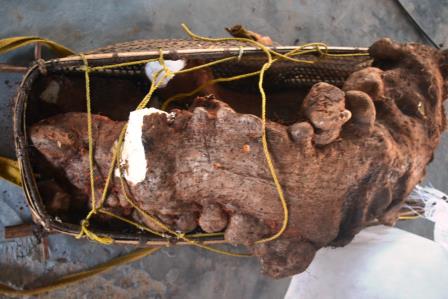 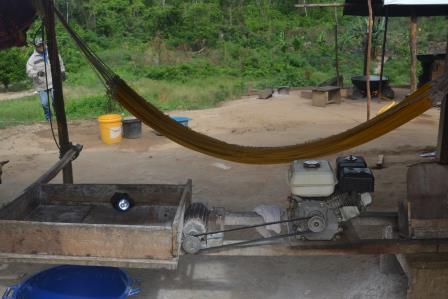 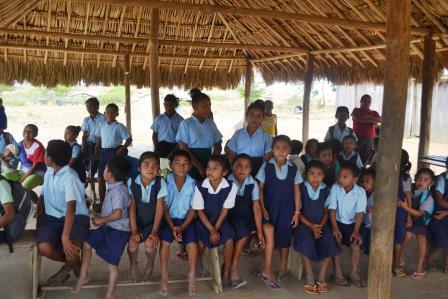 A section of students from Itabac during the village meeting 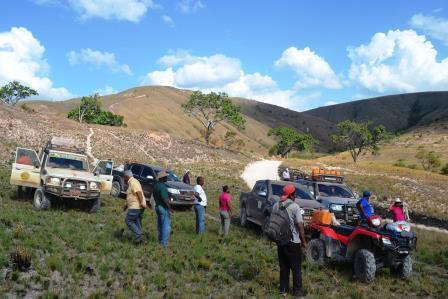 A section of the convoy during the safari 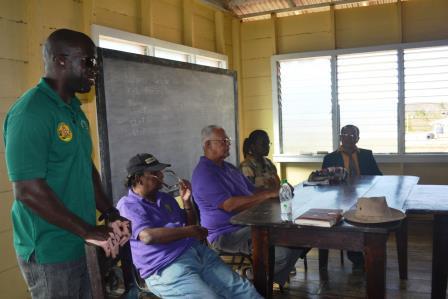 Dr. Dwight Waldron addressing the gathering during a meeting at Kato 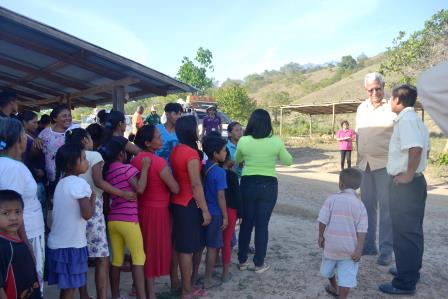 Minister Holder interacts with the Toshao and residents of Kanapang 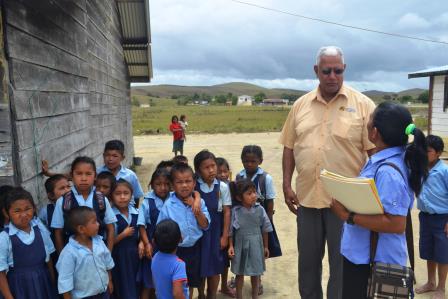 Minister Holder is pictured with students as he engages in dialogue with the Head Teacher of the Kamana Village Primary School. 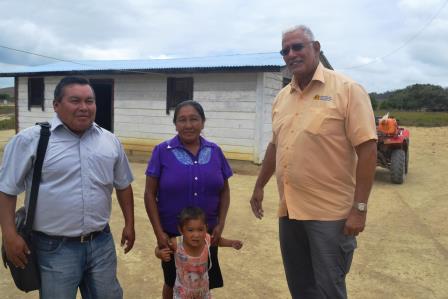 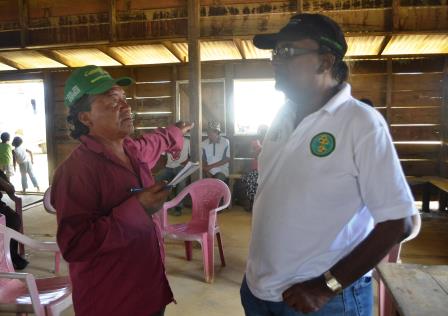 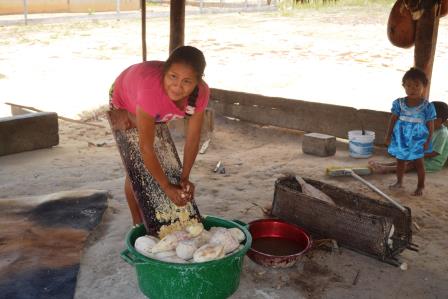 One of the villagers grating cassava at Monkey Mountain 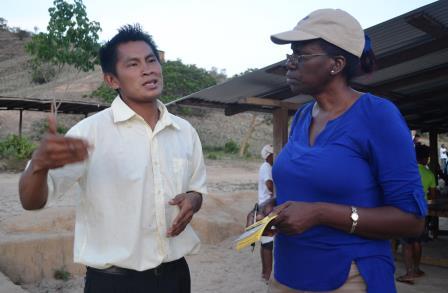 Residents of Kurukabaru Village during the meeting 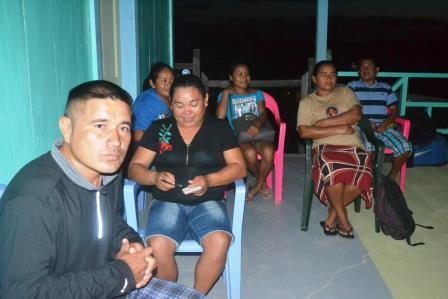 Residents of Paramakatoi during the meeting with ministry officials 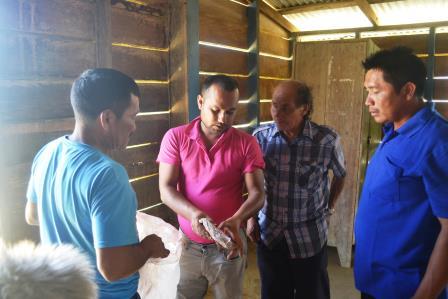 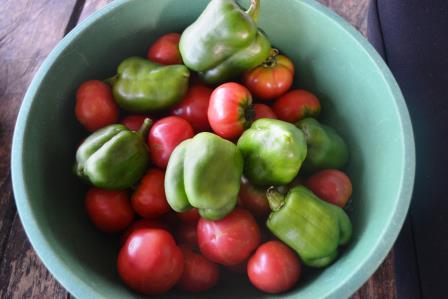