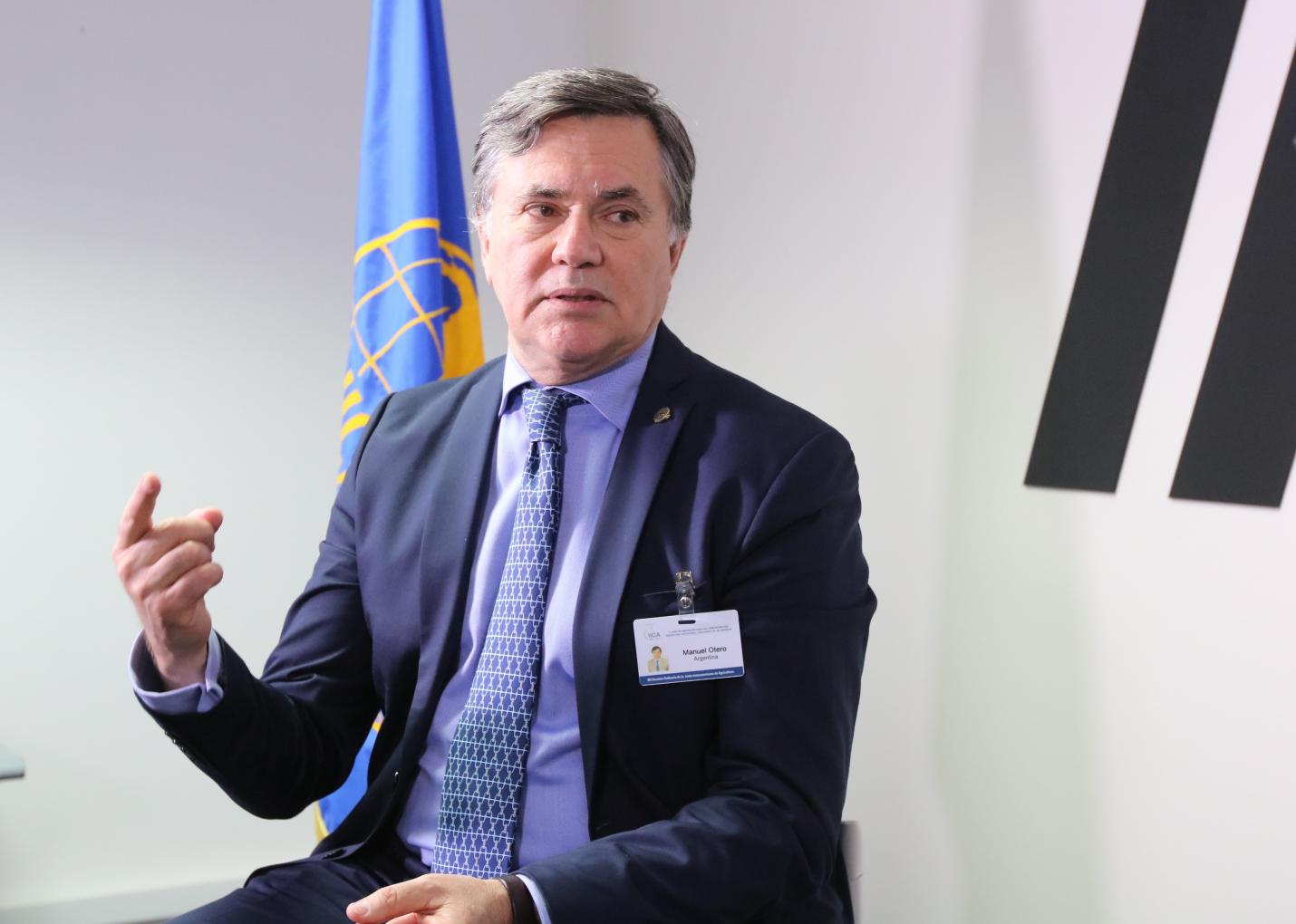 Dr. Otero, a citizen of Argentina, was elected by the Heads of Delegation of the IABA during the meeting and will serve as Director General for the period 2018-2022.

Delivering his first statement as Director General, Otero promised to do his best to preserve the best aspects of IICA’s history.

“I am grateful to the governments of IICA’s member countries. I will do my best to honour this position and to lead IICA throughout this new phase, with everyone and for everyone. I will work to preserve the best aspects of every phase of IICA’s history. We must look to the future and strive to be innovative and creative, because these are difficult times,” stated the newly elected Director General.

Cautiously optimistic, Otero believes that America can position itself as a key stakeholder in facing the challenges of global food security and environmental sustainability. However, he also acknowledges the urgency of redesigning traditional cooperation strategies in order to address these monumental challenges.

“IICA has a historical commitment to improve the situation of rural areas, and I will fulfill this mandate. I will work with the most under-developed countries to alleviate inequality on our continent.” stated Otero.

Following the second and final round of voting, Carlos Furche withdrew his candidacy and Otero was elected by acclamation by the 32 Heads of Delegation of the Ministries of Agriculture in attendance. 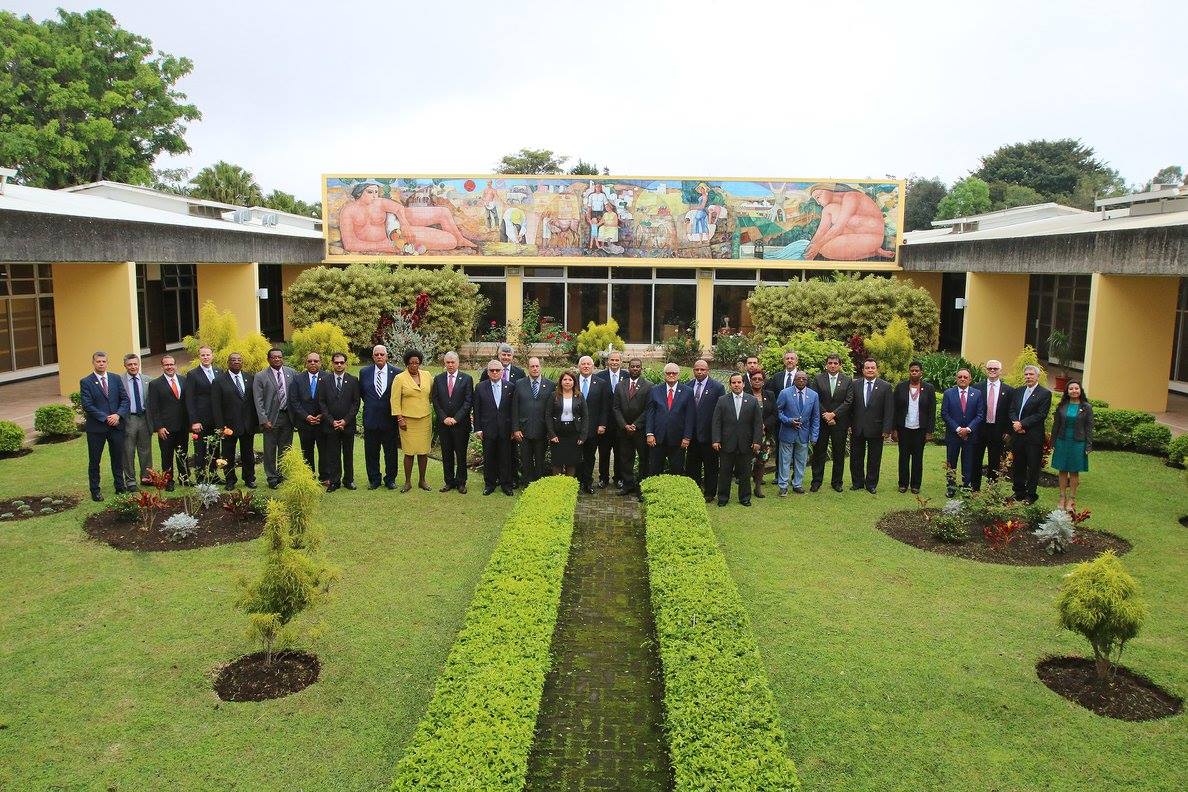 Agriculture Ministers from across the world that participated in the meeting

The meetings, which are held biannually, took place at IICA’s Headquarters in San Isidro de Coronado and saw participation from 34 Agriculture Ministers from IICA member countries. These meetings are organized to facilitate discussion among agriculture ministers on several issues affecting agriculture in their respective countries and formulate strategies and interventions directed towards strengthening agriculture among the member countries.

Agriculture Minister, Noel Holder, who is currently representing Guyana at the meeting, highlighted the importance of the meeting to agricultural development in Guyana and among member countries.

In congratulation Dr. Otero on his appointment, Minister Holder said that Guyana looks forward to working with him and for the continued support offed by IICA to further develop agriculture in Guyana.

“It provides a platform for meaningful discussions on the progress made in the strengthening of strategic partnerships with other institutions. Guyana was able to maintain its status as a food-secure country and government is geared towards moving Guyana’s agriculture base inland given the evident challenges posed by climate change. Now, more than ever, constant communication with member states is seen as a key element for success.” Minister Holder said. 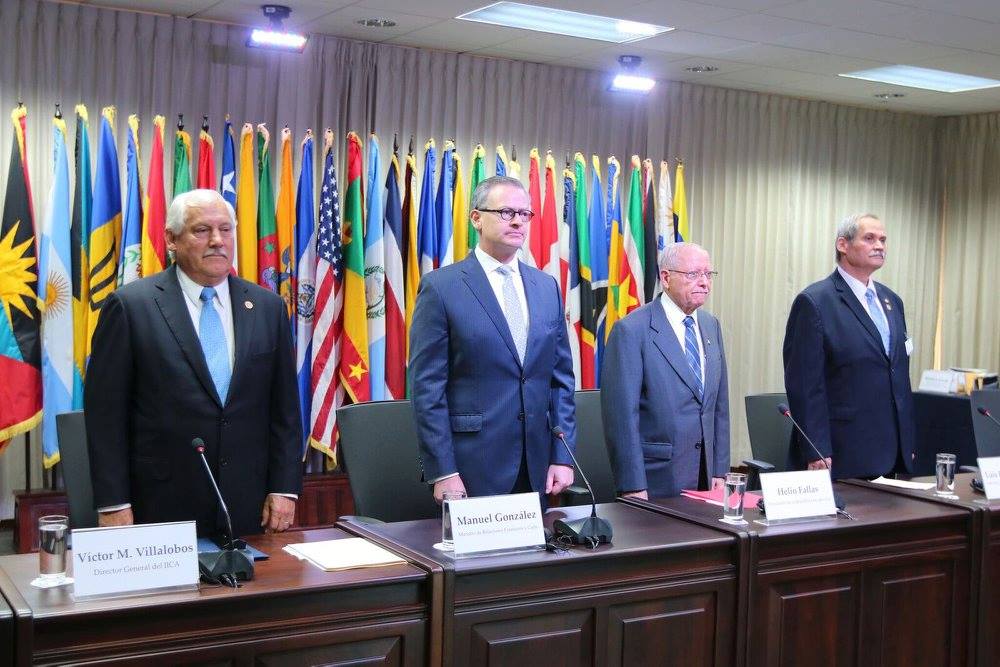 Members of the head table during the opening ceremony of the 2017 IABA, which is taking place at IICA Headquarters in San Jose, Costa Rica.

Minister of Agriculture and Livestock of Costa Rica, Luis Felipe Arauz, stated that now more than ever, agriculture is at a crossroads that demands increased productivity to feed the world and reduce the environmental impact of agricultural activities. As a result, the ties of friendship and cooperation must become increasingly stronger.

“We cannot increase productivity in a random manner. This increase must be knowledge-intensive and address challenges in a clever manner. I encourage my fellow ministers to rely on science and knowledge to address the challenges of agriculture. International cooperation plays a fundamental role in this regard, and IICA has participated in addressing these challenges over the past 75 years,” he stated.

Outgoing IICA Director General, Víctor M. Villalobos, stated that agriculture plays a key role in developing our countries, overcoming the poverty that afflicts millions of people, alleviating the effects of climate change and environmental deterioration, and feeding our growing populations.

“Now more than ever, we must reflect on the future of the Institute, a future that demands committed support from all of its Member States. To strengthen IICA is to strengthen hemispheric agriculture; a strengthened agriculture will guarantee the prosperity of our people. The Institute was founded to address the challenge of ensuring the timely provision of raw materials and food. This objective remains as pertinent today as it was then, but today’s agriculture is a powerful axis for fostering economic growth and social well-being.” he said.