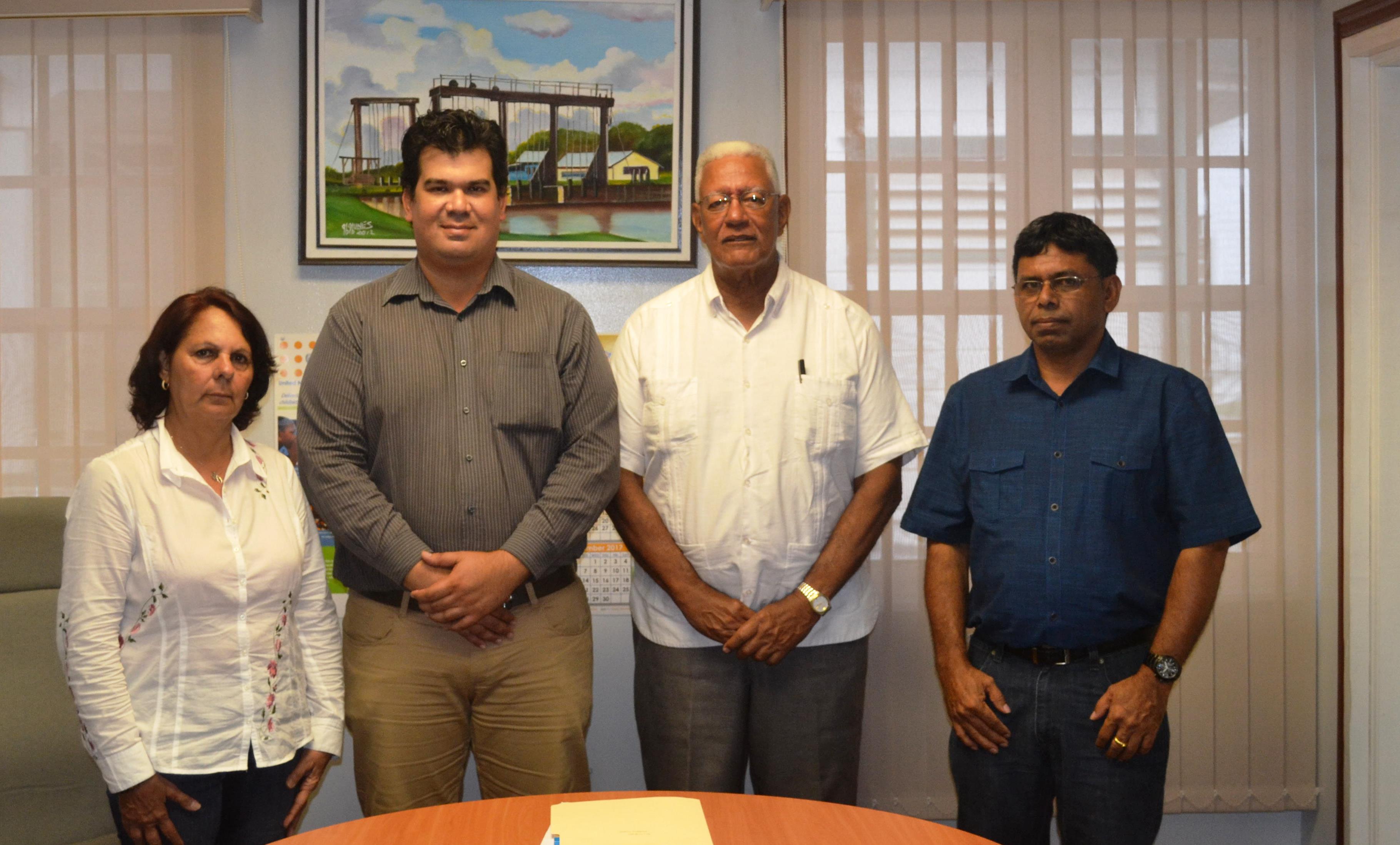 The meeting was held as part of the team’s visit to officiate Guyana once again commencing shipment of rice to the Spanish speaking nation after 18 years.

Earlier today, loading of approximately 7,500 tonnes of white rice to be exported to Cuba commenced at the Muneshwar’s Wharf in Georgetown.

In an invited comment, General Manager of the Guyana Rice Development Board, Mrs. Allison Peters indicated that has been close to two decades since  rice was exported to Cuba.

“This is the first shipment to Cuba since 1999 when the MARDS rice milling group sent about 400 tonnes of white rice to Cuba at a price of $345US per tonne”, Peters said.

Labora, who is purchasing the rice on behalf of the government of Cuba, said that there has always been the need for quality rice to be sourced. This is one of the main reasons for the purchase of Guyana’s rice.

GRDB General Manager also indicated that the shipment deal is the first part of an existing contract between Guyana and Cuba for rice trade between the two countries.

“There is a contract with this company for rice to be sent to Cuba so this is the first part of that contract and we hope that another one will be sent soon…not only the government of Guyana would do contracts but also private investors who are constantly looking for buyers with good prices to purchase rice.” Peters said.