The Guyana Rice Development Board (GRDB) is still in pursuit of a new rice variety which is expected to bring better yields to rice farmers across the country. Although tightlipped on the entire developmental process, GRDB General Manager, Allison Peters said that the new variety is under close watch by scientists at the research station. 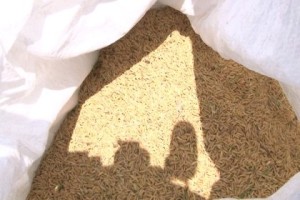 “There is a variety that the plant breeder is working on, we don’t want to show our hand before it is ready because, you know, seed paddy and developing a new variety takes several seasons. It’s at a stage where we are cultivating it in farmers’ fields and we are looking at how its behaving in those fields but we can’t tell you next season, we can’t tell you the season after but its soon.” Peters said.

Most recently, a GRDB team held an outreach in Region Six where they discovered that farmers were using a Brazilian variety commonly known as ‘100 day’ to produce paddy. The farmers praised the Brazilian Variety highlighting that it requires less field maintenance, attention and has a shorter yielding period.

The farmers also pointed out that the overall results are usually better when compared with local varieties. However, the General Manager (GRDB) told the farmers that the Brazilian rice variety is an illegally imported brand with serious implications to the local rice crop.

The new variety is likely to eliminate the use of smuggled brands of rice paddy from other countries, as it promises greater yields, less risk of the paddy bug and other crop diseases.

Earlier in the year the GRDB projected that this new variety could be expected by 2018.