The Government of Guyana is working to ensure that residents of villages in the North Rupununi, Region Nine have a year round water supply. This will be done by developing water harvesting facilities.

A total of $30M has been approved in the 2017 Budget for the execution of this project.

Chief Executive Officer of the National Drainage and Irrigation Authority (NDIA), Fredrick Flatts, told the Government Information Agency (GINA), that the project is one of NDIA’s major capital projects for 2017.

Flatts said they will be trying to capture rainfall during the rainy season and keep it so as to have water during the sunny months. “To do that we have carried out a number of studies in the areas and we have come up with solutions or things that we can do like utilize water from springs, some of the creeks and we can create dams and capture water without affecting what’s happening upstream and downstream.” Flatts explained. 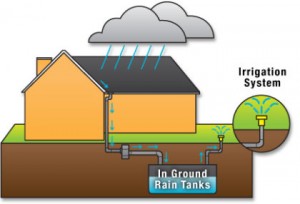 A model of a water harvesting building facility

The rainy weather period usually lasts from April to August.

Minister of Agriculture Noel Holder, while defending the Ministry’s 2017 budget had noted that water harvesting facilities will be the first set of capital expenditure works that will be executed by the NDIA.

North and South Rupununi villages usually suffer from inadequate water supply for crops, livestock and living purposes during the dry season. In the past, this resulted in loss of crops and livestock.

Villages, where these water harvesting facilities are expected to be established include, Woweta, Rupertee, Annai, Massara, Toka, Parashara and Nappi

Flatts says that the project is expected to commence in the latter part of January. “We are just waiting to send in our equipment and in terms of the larger programme, there is the one at Perara. We are right now preparing to go through the design we have, working in collaboration with the IDB (Inter-American Development Bank),” he said.

The Ministry of Agriculture is also expected to establish an agriculture station. This station will overlook vast acres of crops and livestock in the region, while helping to promote the area as an example of sustainable hinterland agriculture and development.