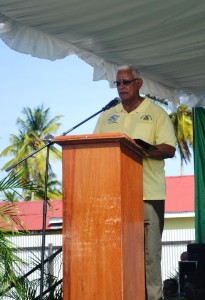 Agriculture Minister, Noel Holder, while delivering remarks spoke of the importance of chartering a new agricultural trajectory in keeping with ever changing climatic conditions. “FAO has stated very clearly in its theme this year that one of the biggest issues related to food security is climate change, and has called for 2016 to be a year for action. If we, as a global village, must achieve Zero Hunger by 2030, the impacts of climate change must be addressed.” 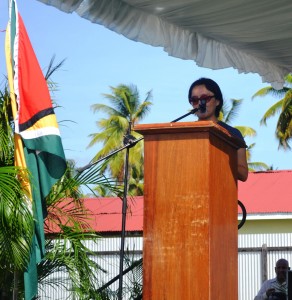 United Nations Resident Coordinator and Resident Representative, Ms. Mikiko Tanaka, while delivering remarks stated that with the growth of the global population, the need to satisfy the demand for food increases. “Around the world, record-breaking temperatures, rising sea levels and more frequent and severe droughts and floods caused by climate change are already affecting ecosystems, agriculture and society’s ability to produce the food we need.  The most vulnerable people are world’s poorest, 70 per cent of whom depend on subsistence farming, fishing or pastoralism for income and food.” Ms. Tanaka said.

She also urged all Governments and their partners to take a holistic, collaborative and integrated approach to climate change, food security and equitable social and economic development adding that the well-being of the generation and those to come depends on the actions taken now. “Only by working in partnership will we achieve a world of zero hunger and free from poverty, where all people can live in peace, prosperity and dignity.” Ms. Tanaka said.

Subject Minister, Noel Holder, continues to advocate for climate smart agriculture in Guyana as it remains vital that society implements measures to withstand the effects of climate change. Agriculture Month 2016 reflects on building a resilient agriculture system as a means to adapt to climate change. Even as Guyana maintains its status of food secure, there are pockets of food insecurity. The Government of Guyana has made a commitment to provide a good life to all our citizens and agriculture has a major role to play in this regard. 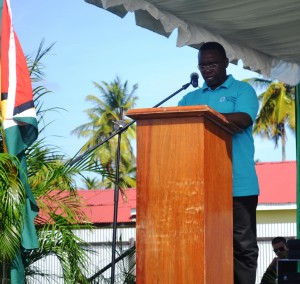 United Nations Food and Agriculture Organisation Representative to Guyana, Mr. Reuben Robertson while delivering remarks spoke of the importance of not only food security, but nutrition security, alluding to some of the works being implemented by the FAO in achieving zero hunger. 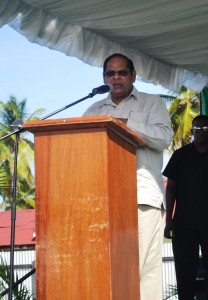 Prime Minister, Moses Nagamootoo, in delivering the Feature Address committed to pushing agriculture in the region due to his every growing importance. “We will promote agriculture development inland, we will promote aromatic rice production as we have already began to see the benefits of establishing mega farms in the Intermediate Savannahs. We must open up new lands in our fertile areas and show that we are trail blazers in agriculture and the production of value added commodities.” Prime Minister Nagamootoo said.

In exploring new production frontiers, Guyana must adapt to the changing global patterns of   food   production,   international   trade, technology, and public expectations for achieving a safe food supply. Agriculture Minister, Noel Holder, is committed to ensuring Guyana moves towards a more modernized agricultural sector with an effective and more sustainable system for ensuring food security, access to safe food and maintaining a healthy and productive population. 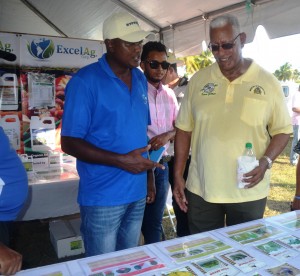 Agriculture Minster, Noel Holder while visiting one of the booths at World Food Day

World Food Day is observed on October 16th every year in all countries within the United Nations. 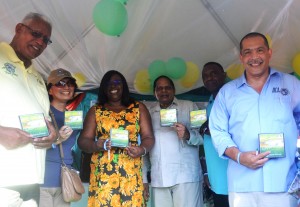