Report on The Conference of Ministers of Agriculture of the Americas

The report, “The Outlook for Agriculture and Rural Development in the Americas: A Perspective on Latin America and the Caribbean” was accepted by the conference as a useful tool for the tasks of analysis and policy making.

The WTO agreement on the application of sanitary and phytosanitary measures

In considering the matter of Maximum Residue Limits (MRLs), the Board considered that IICA Member States in the Americas continue to face the challenge of producing food in a safer and sustainable way, and that farmers must be able to access the full range of tools and technologies available for agricultural production. It was also observed that farmers’ access to agricultural tools and technologies are increasingly limited by non-tariff measures in the target markets, which lack sufficient technical and scientific justification, and therefore have considerable negative impact on the production, productivity and trade in safe food and agricultural products. The meeting, therefore, resolved:

Under the theme of the Conference – Cultivating Tomorrow’s Agriculture Today – a report on “Agriculture and Rurality in a Future of Permanent Change” also received in depth consideration by delegates. The Ministers considered the following three contextual elements:

Based on these parameters, three Panels of Ministers were established to focus on the following:

Guyana’s Minister of Agriculture was invited to be a Panelist and to address the conference on “Toward a new balance between productivity and sustainability”.

The “Strategic Proposal for the Future of CATIE (the Tropical Agriculture Research and Higher Education Center (CATIE)), which is essentially the research and training component of IICA, was also considered and a special committee was established to study, analyse and make recommendations to the next Regular Meeting of the Executive Committee within a six month period.

Other statutory matters regarding the Minutes of the Executive Committee, approval of financial and programme budgetary allocations, report on the collection of quotas, 2017 and 2018 Financial Statements and reports of the external auditors of IICA, date and venue of the 20th Regular Meeting of IABA, etc. also received due attention of the Board.

It is noteworthy that Guyana was appointed as a member of the Executive Committee of IICA, which is responsible for managing the affairs of the organisation over the next two years until the next (21st) meeting of the Inter-American Board of Agriculture. 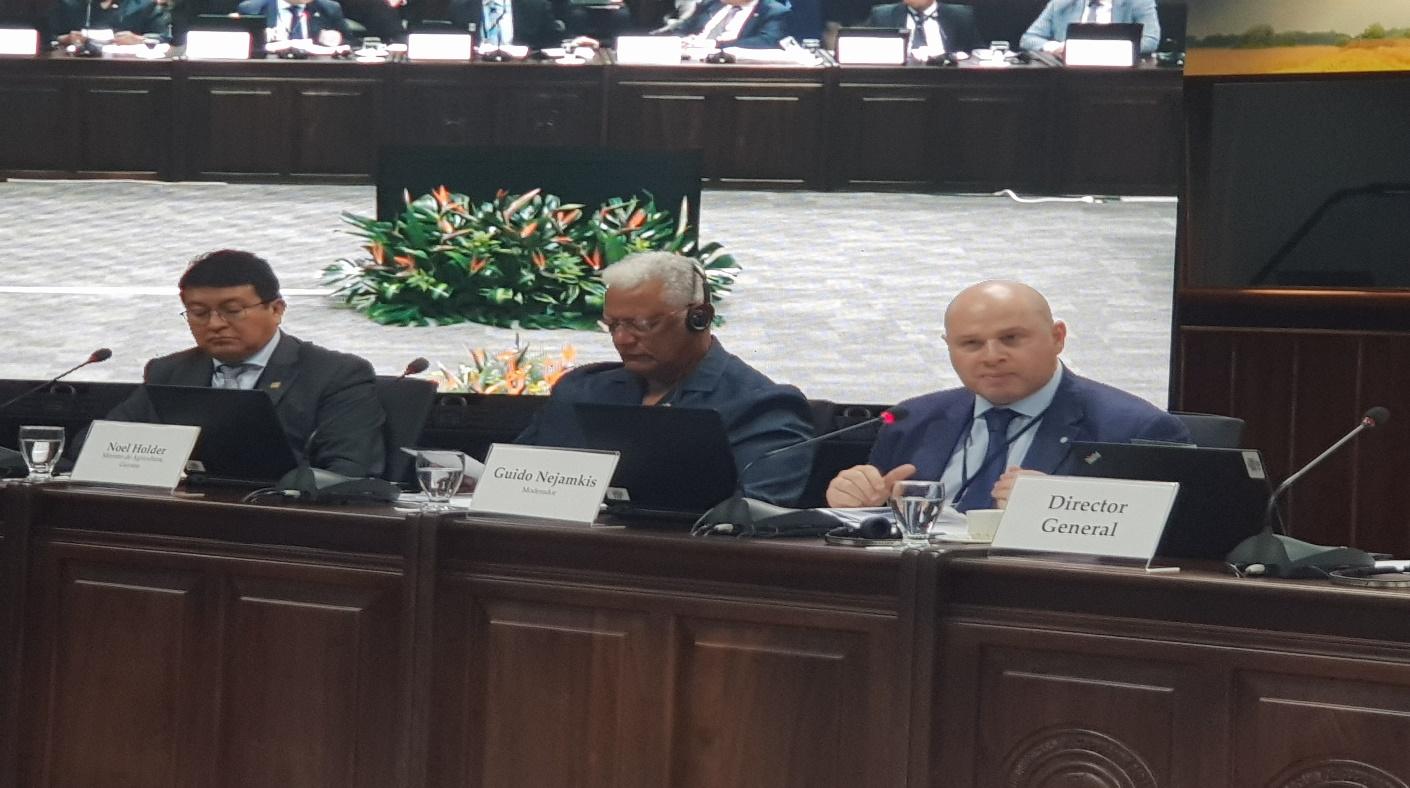