─Farmers to benefit from training and technical support

West Watooka farmers are now better equipped to pursue shade house farming, following a timely donation of 20 shades houses by the Food for the Poor Incorporated.

At the handing over ceremony, farmers said they are grateful for the push start in this farming technique, which will allow them to combat unkind weather conditions. Over the years, West Watooka farmers have recorded thousands of dollars in losses during the dry season, but particularly during the wet season, since some sections of the community does not have effective drainage and irrigation system and many crops die, due to waterlogging. 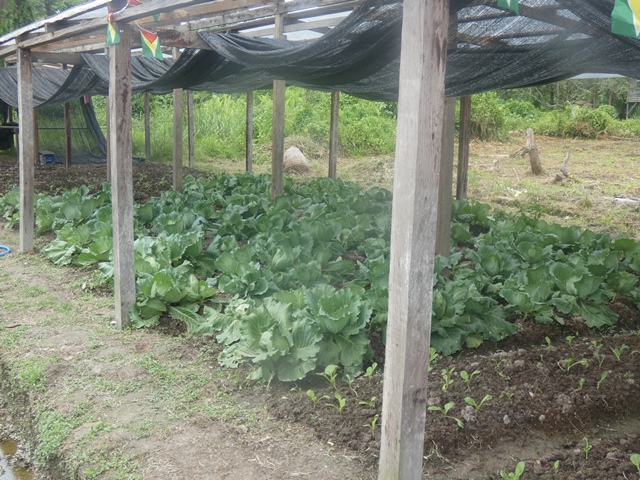 One of the 20 shade houses donated by FFTP

Chief Executive Officer of Food for the Poor, Kent Vincent, said that the project is geared towards increasing food security in West Watooka, thus increasing the finances of the households.

“It will enable the farmers to be better equipped to cultivate leafy vegetables, thereby increasing food security in the community and the region as a whole, we expect that the income they received before will increase due to the use of the shade houses,” he said.

The NGO provided all of the materials to construct the 80 by 18 ft shade house which includes a wooden trestle to store 450-gallon water tank, shade mesh and plastic and a garden hose. The shade houses are expected to reduce instances of pests and disease, provide adequate water in the dry season and save the crops from waterlogging in the wet season. 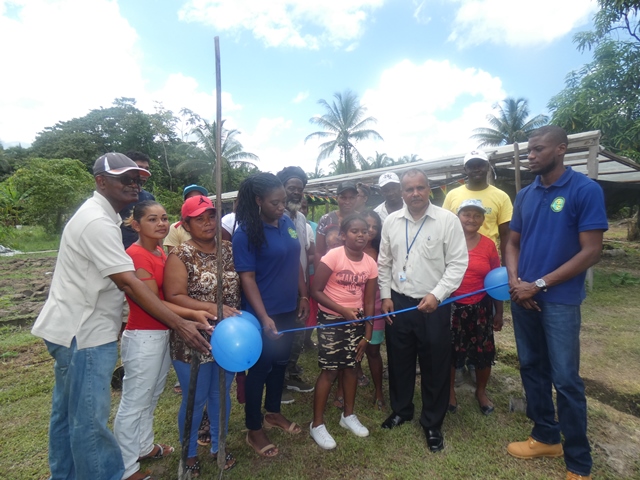 The National Agricultural Research Extension Institution (NAREI), will provide the farmers with technical support and training. Crops that flourish better when cultivated in a shade house include tomatoes, shallot, lettuce, callaloo and other leafy greens.

NAREI’s officer, Sherryann Perry said that the donation is timely since West Watooka which is considered the food basket of the town, has been battling climate change challenges which in turn has affected food security in Linden. FFTP Senior Projects Manager, Andrea Benjamin, posited that food security is important in Linden as the statistics show that the majority of food consumed is imported into the town. “So, we decided that there is something we must do to boost food security in this region and to ensure that incomes are improved and that nutrition is improved as well, hence we embarked on the shade house project.”

One of the 20 recipients of the shade house project, said that she is very appreciative for the assistance, noting that she can now source vegetables directly from her shade house for sale and more importantly for her family. I benefit from it, I cook from it, I don’t have to go to the market, and I can provide healthy meals for my grandchildren.”

The shade house initiative is one of the popular climate-smart farming techniques, which is enabling farmers to combat unfavourable weather patterns.