Today, close to 100 female farmers involved in agriculture related activities such as cash crop farming and poultry and livestock rearing from the villages Buxton, Haslington, Nabaclis and Golden Grove on the East Coast of Demerara and Linden were honoured and given a day of relaxation during the Ministry of Agriculture’s first ever ‘Women in Agriculture Appreciation Day’ exercise. 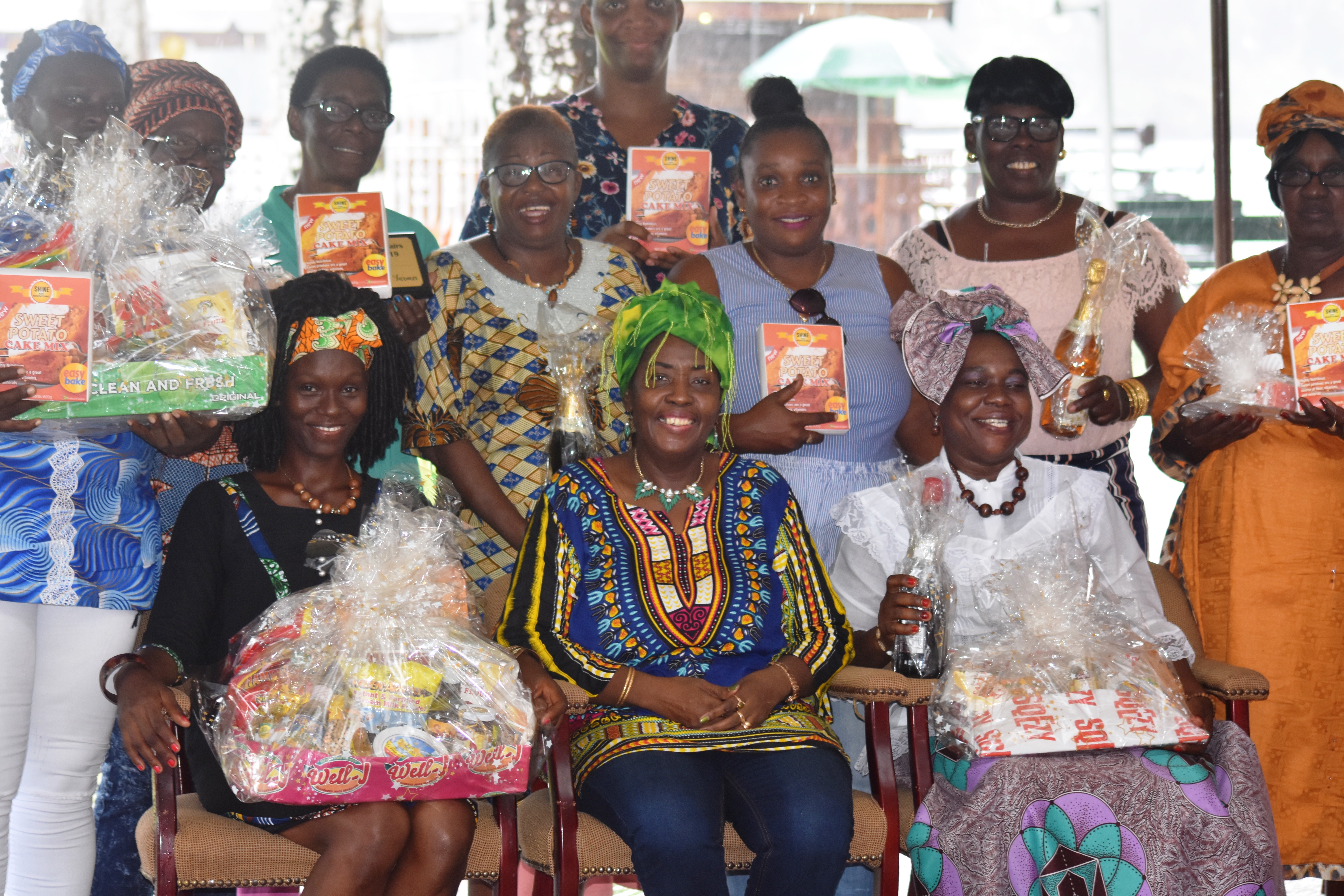 The event, which was coordinated by Minister within the Ministry of Agriculture with responsibility for Rural Affairs, Hon. Valerie Adams-Yearwood, was held at the Watooka Complex in Mackenzie, Linden.

While offering remarks, Minister Adams-Yearwood said it was evident that female farmers carry equal loads to men and continue to override the many challenges they face by creating innovative solutions to push the sector. 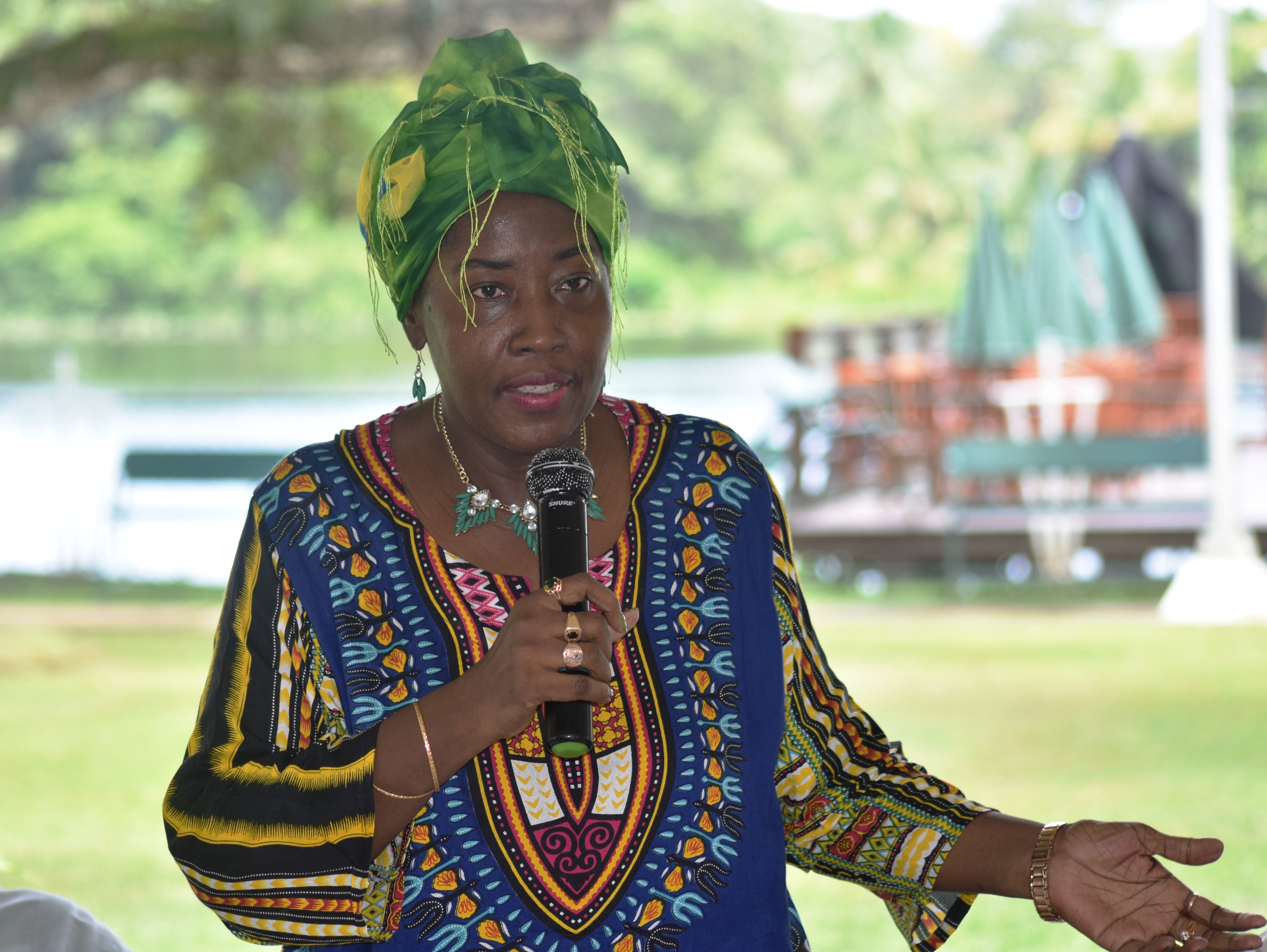 “It is important that we recognize the significant contributions our women make towards the development of agriculture in rural communities, and the country holistically. You can be assured that your efforts and contributions to your communities’ development, as well as the agriculture sector, are noted and appreciated,” Minister Adams-Yearwood said.

The Rural Affairs Minister further stated that as leaders, it is the responsibility of the government to ensure that this generation and generations to come are encouraged and empowered to take the sector to the next level.

In addition to offering a day of relaxation, the event also served as networking opportunity and a means for the women to share their experiences and offer encouragement to each other. 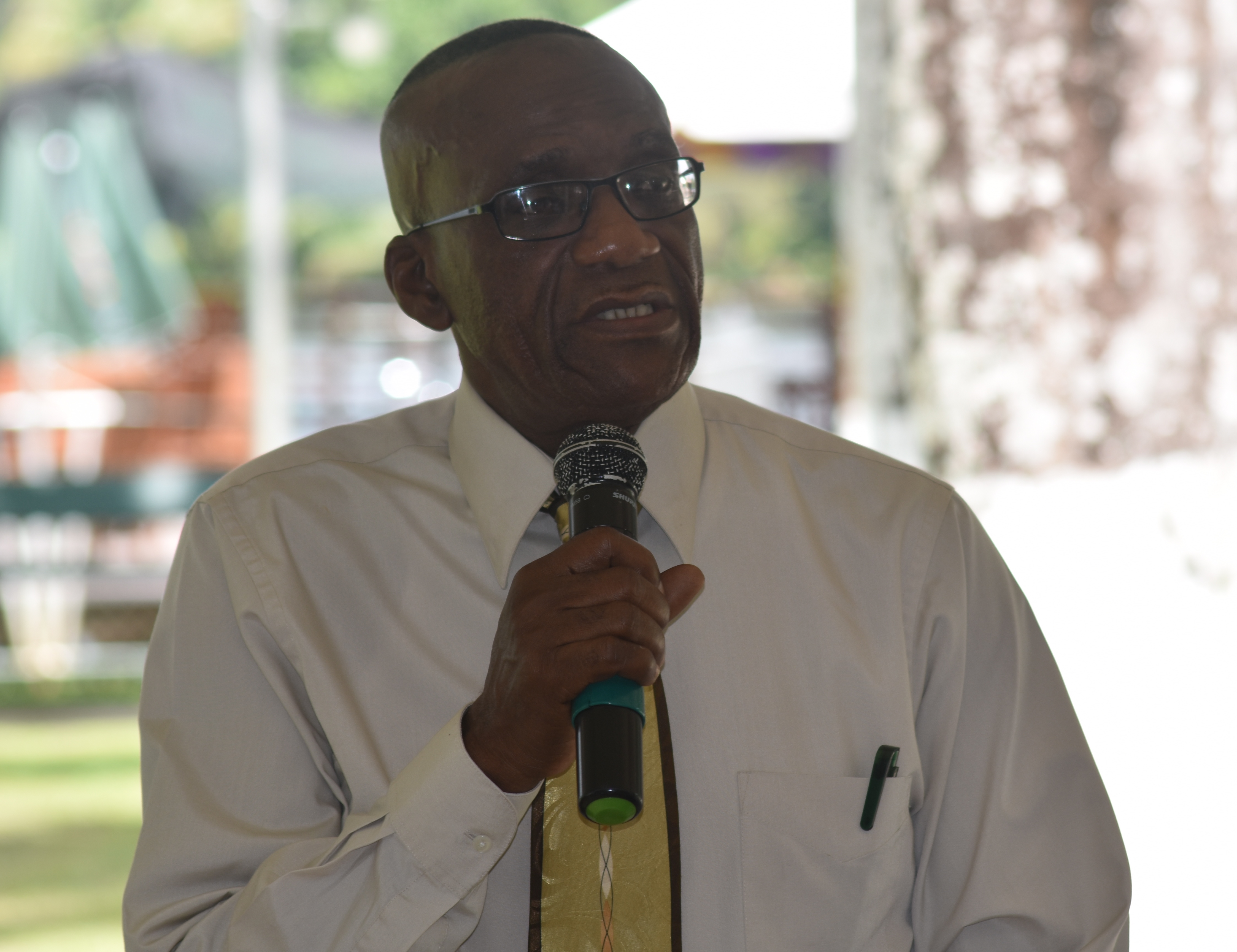 While offering remarks he stated that it is time for the female farmers in Region 10 to get into agro-processing.

“We need to move to value added. In the Region we are working on a tremendous project to scale up agriculture and take it back to the glorious place it was 25 years ago,” Mr. Morian said.

During the appreciation day, the women were treated to a host of cultural activities and cuisine while interacting with each other. The day’s activities also saw the oldest and youngest farmers being presented with accolades for their contribution thus far to agricultural development in Guyana. 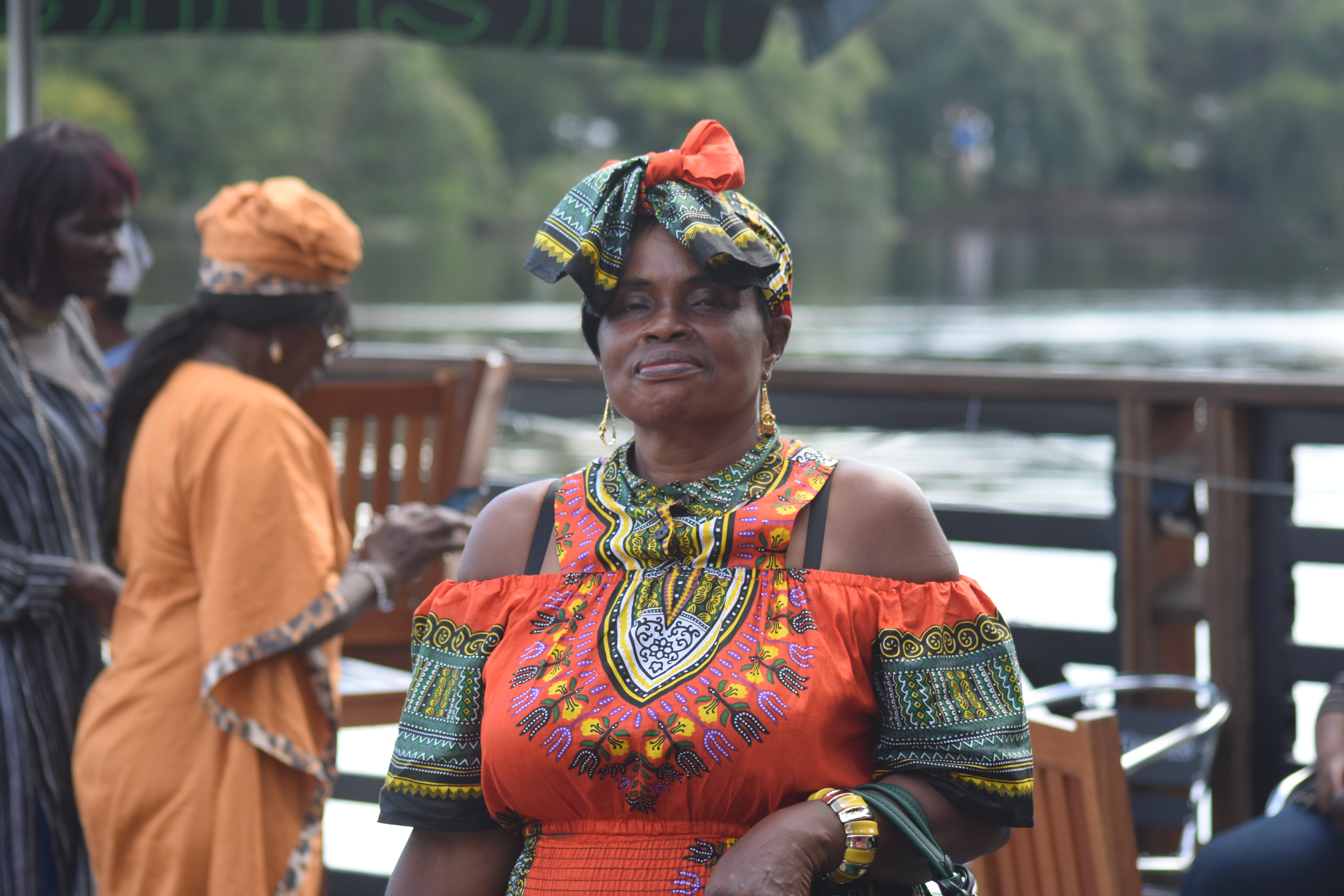 Debbie Ward, a female poultry farmer from Haslington Village on the East Coast of Demerara said she believes that women involved in agriculture are finally being recognized.

“Even though today was a day for fun, we see the effort that is being put into recognizing the efforts of women in agriculture. I think we can make great things happen for the sector. Things are going to happen, we need to give it time but I can see that great things are already happening,” Ward said. 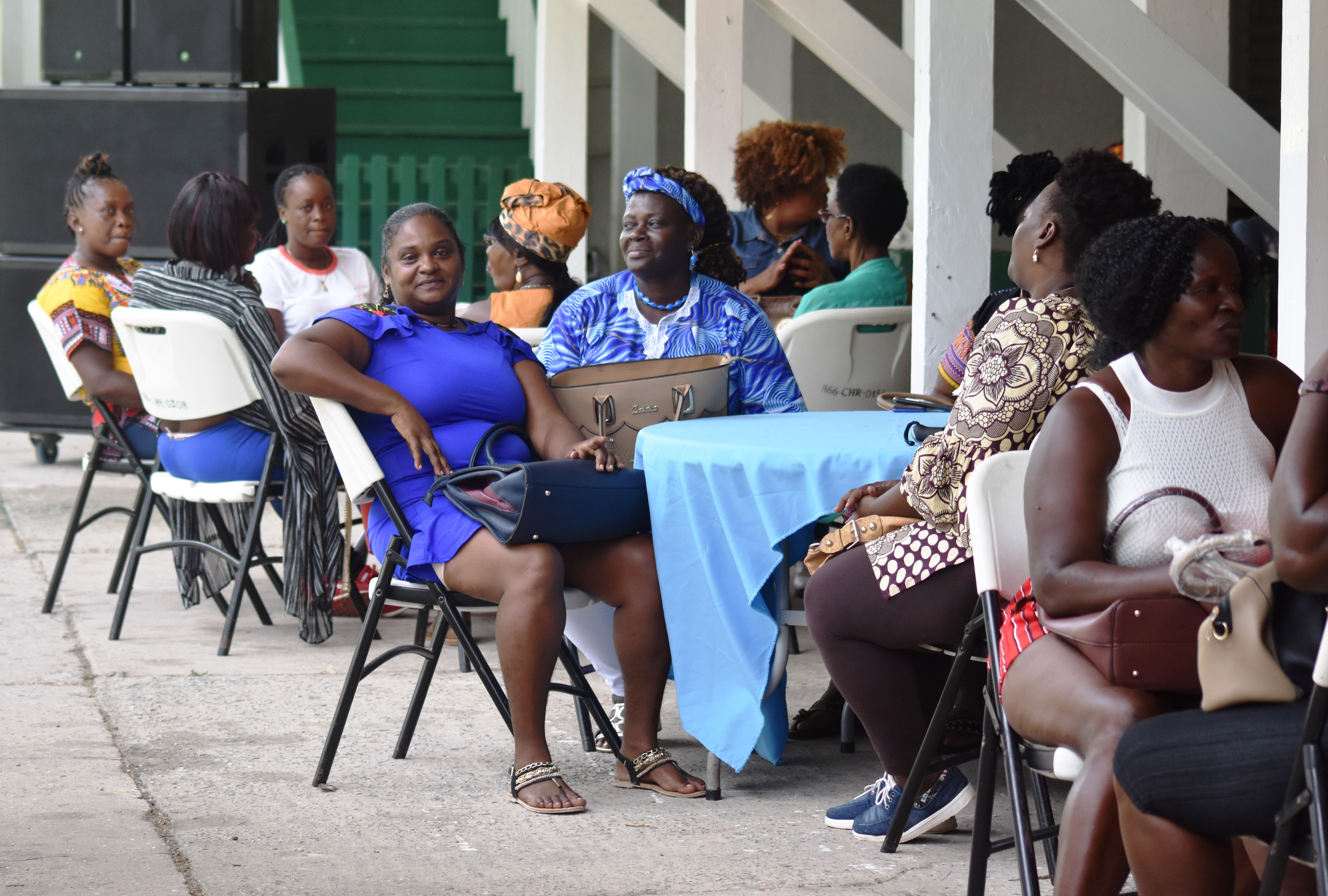 Some of the Women in Agriculture who attended the event

Minister Adams-Yearwood further stated that she felt the need to host the event after meeting with several groups of female farmers who devoted most of their lives to agriculture.

“After meeting with these women I realized that, apart from being mothers and wives, they have dedicated most of their lives to the sector and were never afforded the opportunity to have a day off. These women did and continue to do so much for the sector and I felt they deserved a day off; after all women are the backbone of any rural economy, especially those in developing economies,” Minister Adams-Yearwood noted.

Over the years, women have played, and continue to play a significant and crucial role in agricultural development in Guyana.

Over the next few months, several initiatives to promote and support rural agriculture will be held across the country in an effort to further develop, recognize and encourage farmers. 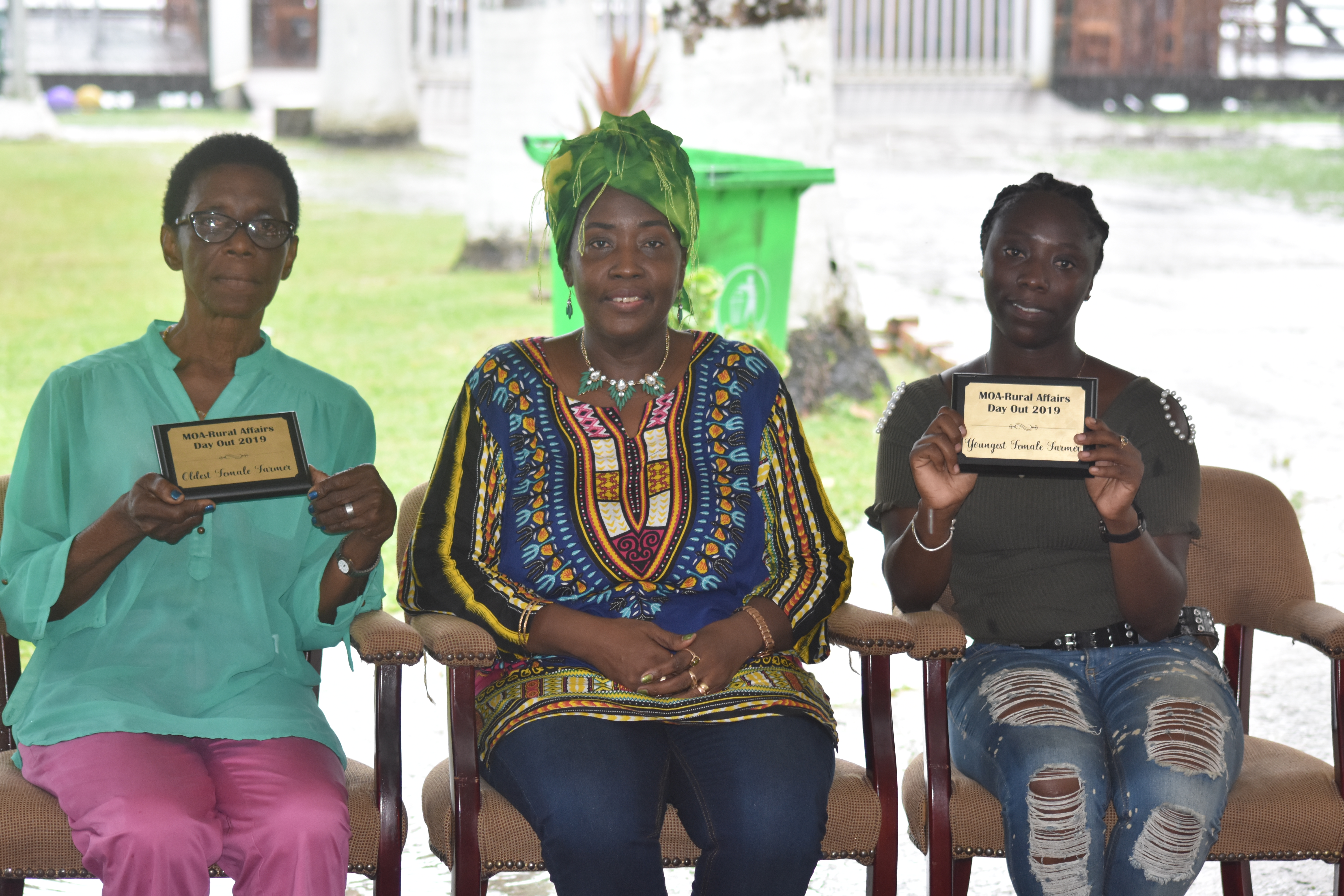 Minister Adams-Yearwood pictured with the youngest and oldest female farmer present at the Women in Agriculture Appreciation Day activity.