… works to commence in May

Residents of Commaka Village in Region Ten will soon benefit from a series of drainage works which are expected to bring great relief to their flooding issues.

Officials from the National Drainage and Irrigation Authority (NDIA) disclosed that during 2019, the authority will expend GY$47M to carry out a series of operations to reduce flooding in the village.

These works will include the partial removal of sand from the Demerara River, construction of a reinforced laterite dam with overflow mechanisms to retain the migration of sand into the Demerara River and the re-vegetation of a pilot area with grass.

Deputy Chief Executive Officer of NDIA, Dave Hicks said that flooding of the Coomacka community and its environs has been a continuous challenge for those agencies responsible for maintaining the infrastructure and ensuring the wellbeing of the citizens of that area.

Coomacka, which is estimated to have over 300 residents, is located in a basin which increases its vulnerability to both long-term and flash flooding from heavy rainfall. The village is also more susceptible to increased runoff from higher elevations which drain into the river. 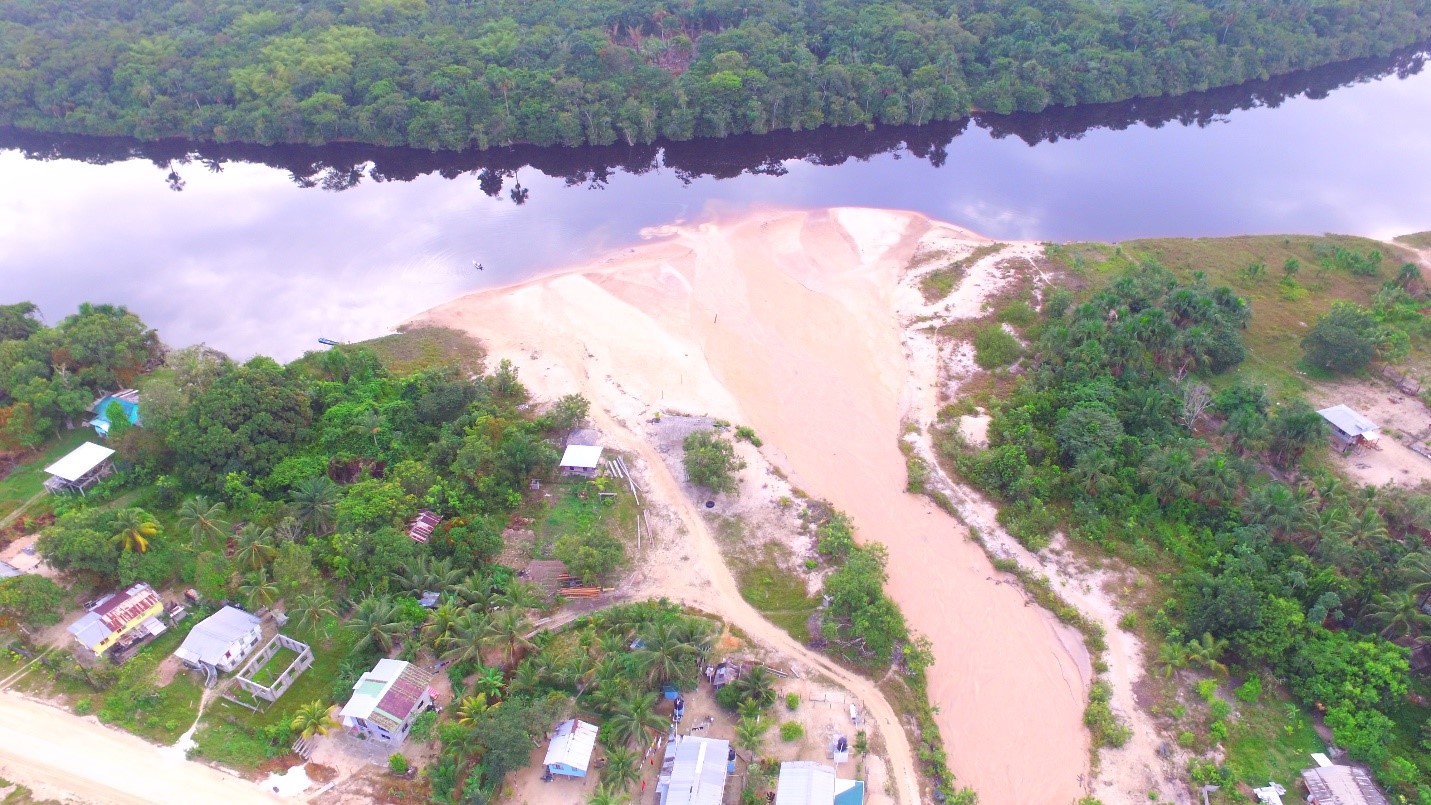 These factors have led to the blockage of two-thirds of the width of the Demerara River at Coomaka. This blockage not only affects the ecosystem, but also the navigability of the river and further exacerbates the flood risk of the community.

The village often suffers continuous flooding, which requires emergency interventions to curtail the impacts on the social and economic wellbeing of residents.

While making his presentation during the reading of the 2019 National Budget, Agriculture Minister Noel Holder disclosed that some GY$8.2B has be allocated to NDIA to carry out major drainage and irrigation works across the country.

This, he noted, was part of Government’s efforts to intensify flood relief efforts in vulnerable villages and communities across the country.

To date, the NDIA has commenced a series of works, which include clearing of drainage canals and water ways, keeping on track with projects outlined in their 2019 work programme.