The dredge, the first of its kind in Guyana, was bought from the Netherlands by the government, on the recommendation of a Dutch Risk Reduction team which came to Guyana in late 2015 to provide advice on flood risk management on the northern coastline of Guyana. 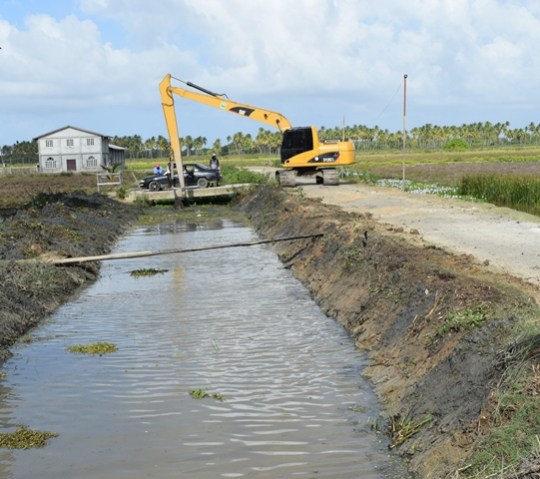 The Cutter Suction Head, the Drive Unit and Spud legs were installed on a pontoon constructed by the Guyana National Industrial Company Inc., at a cost of $329M during the early months of 2018 and then handed over to the NDIA at the end of last year.

GNIC Shipyard Manager, J. Ramjag and NDIA Project Engineer, K. Suerattan, were present in the Netherlands for the Procurement and Testing of the equipment. A representative from WATERKING Company subsequently came to Guyana and trained locals in the use of the CSD.

NDIA Engineer, with responsibility for Mahaica/Berbice, Seeraj Bhagwandas said earlier this week that the equipment had made its debut on the Atlantic foreshore off Trafalgar West Coast Berbice where a massive mud bank was preventing the flow of water to the drainage sluices for discharge into the Atlantic. 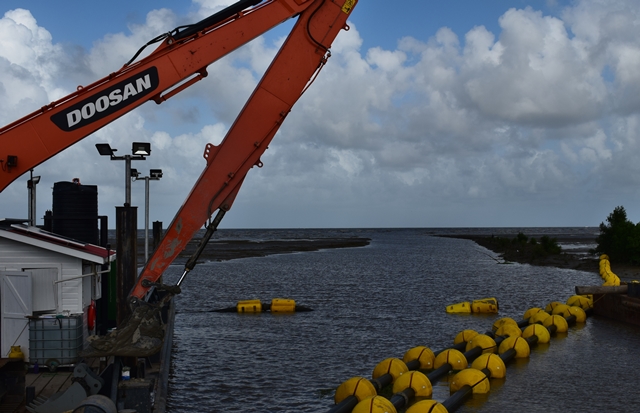 The CSD, deployed to Trafalgar late December 2018, has successfully managed to increase the depth of the outfall channel and hence, the capacity of the sluice to discharge water from the tertiary, secondary and drainage channels in the villages. Bhagwandas said the efficiency of the CSD made it possible for this task to be done in far less time than was previously possible.

“The sluices, which were blocked, are now discharging water from the primary drainage channel very quickly thereby reducing the possibility of a backing up of water from the secondary and tertiary [community drainage] systems which have caused flooding of farmlands and residential areas in the past,” Bhagwandas explained.

One resident said: “We haven’t had any heavy rainfall to really test the efficiency of the drainage system as it is now. But, with the rainfall that has occurred, we are seeing very good drainage; better than before. These villages may soon remain free of flood water even after the heaviest rains. That would be a very very good thing for all the residents here.” He added, “It would be good for us because we can feel encouraged to get back into crops and livestock farming, without fear of losing everything to flooding.” 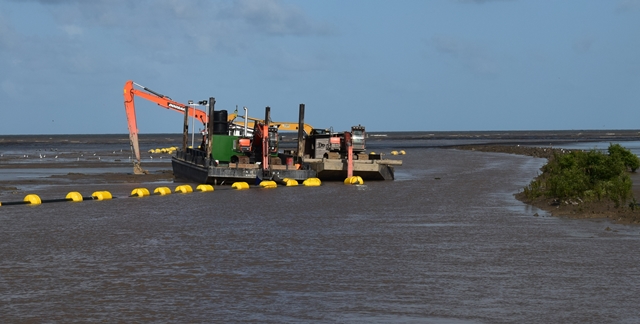 Meanwhile, Regional Executive Officer of Region Five, Ovid Morrison has said that even while the dredge was working on the ocean side of the drainage system, the administration was working on desilting the channels on the land side and the combination of the two would mean a very effective drainage system for these villages and surrounding areas as compared to what prevailed in the past.

The Regional Administration, for the past three weeks, has focused on cleaning the secondary and community drainage channels in the flood-prone areas.

Seeraj noted too that the Agency had recently activated a number of colonial sluices which had been long abandoned along the coast of the WCB.

These rehabilitated sluices will help to speed up the discharge of flood waters into the Atlantic.