Home NEWS Guyana and Chile to forge greater relations in the area of Agriculture – Ambassador calls on Agri. Minister

Guyana and Chile to forge greater relations in the area of Agriculture – Ambassador calls on Agri. Minister 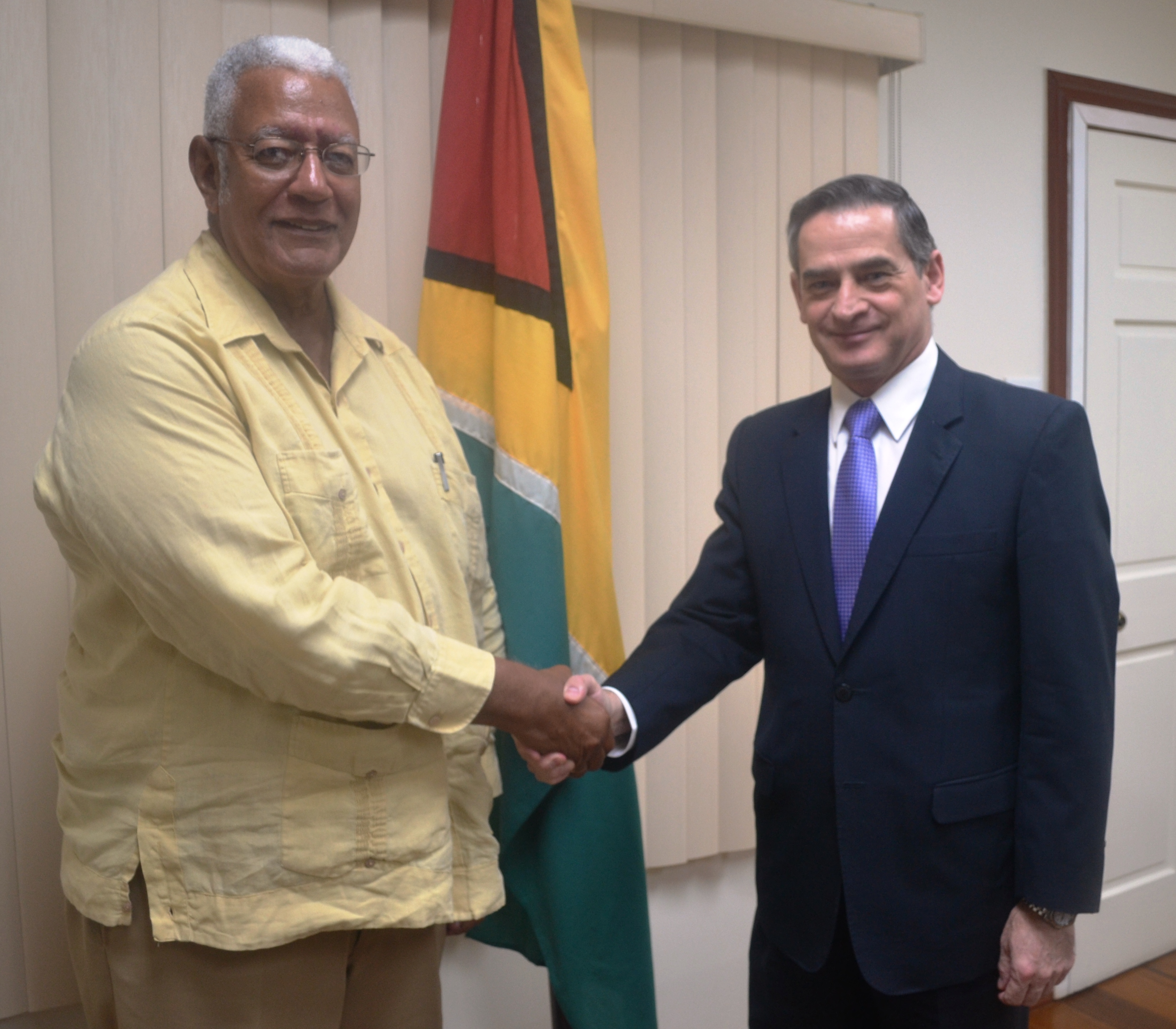 During the meeting the potential for agriculture development between the two countries was discussed. The main export for Chile revolves around the country’s agriculture and owing to the significant potential for agricultural development in Guyana, Chile is looking to tap into this vast resources.
“The Agricultural potential of the South Pakaraimas in Region 8 (Pataro /Siparuni) has significant potential for sub-tropical agriculture as exists in Chile and will be explored through collaboration with the Chilean Government, even as the two countries look to further strengthen the already existing relations in several areas,” Agriculture Minister, Noel Holder said in an invited comment.
Earlier this year, Chile and Guyana inked an agreement which catered for the deepening of collaboration between the two countries by promoting the exchange of experiences and cooperation in the energy and mining sectors.
Guyana and Chile established diplomatic relations on July 22, 1971.

Agriculture Minister, Mr. Noel Holder during his meeting with Chilean Ambassador to Guyana, HE Patricio Becker