– grouping of agri. agencies to allow for greater synergies

The central operations of the National Drainage and Irrigation (NDIA) has been move from the Ministry of Agriculture’s head office to GuySuCo’s LBI compound. Today, the newly renovated facilities were commissioned by Agriculture Minister, Noel Holder.

The commissioning of the new NDIA central office is the first of several other movement of agencies/ departments of the Ministry of Agriculture to be moved from their present location to the LBI compound. To follow shortly, will be the Guyana Rice Development Board (GRDB) and the New Guyana Marketing Corporation (GMC). The LBI compound will also house the National Soil and tissue analytical Laboratories which will be made available to both GuySuCo, farmers and Ministries of Public Infrastructure and Natural Resources respectively.  The Milk processing plant and the Ministry of Education’s Caribbean Development funded hospitality Institute will also be housed in the said compound. 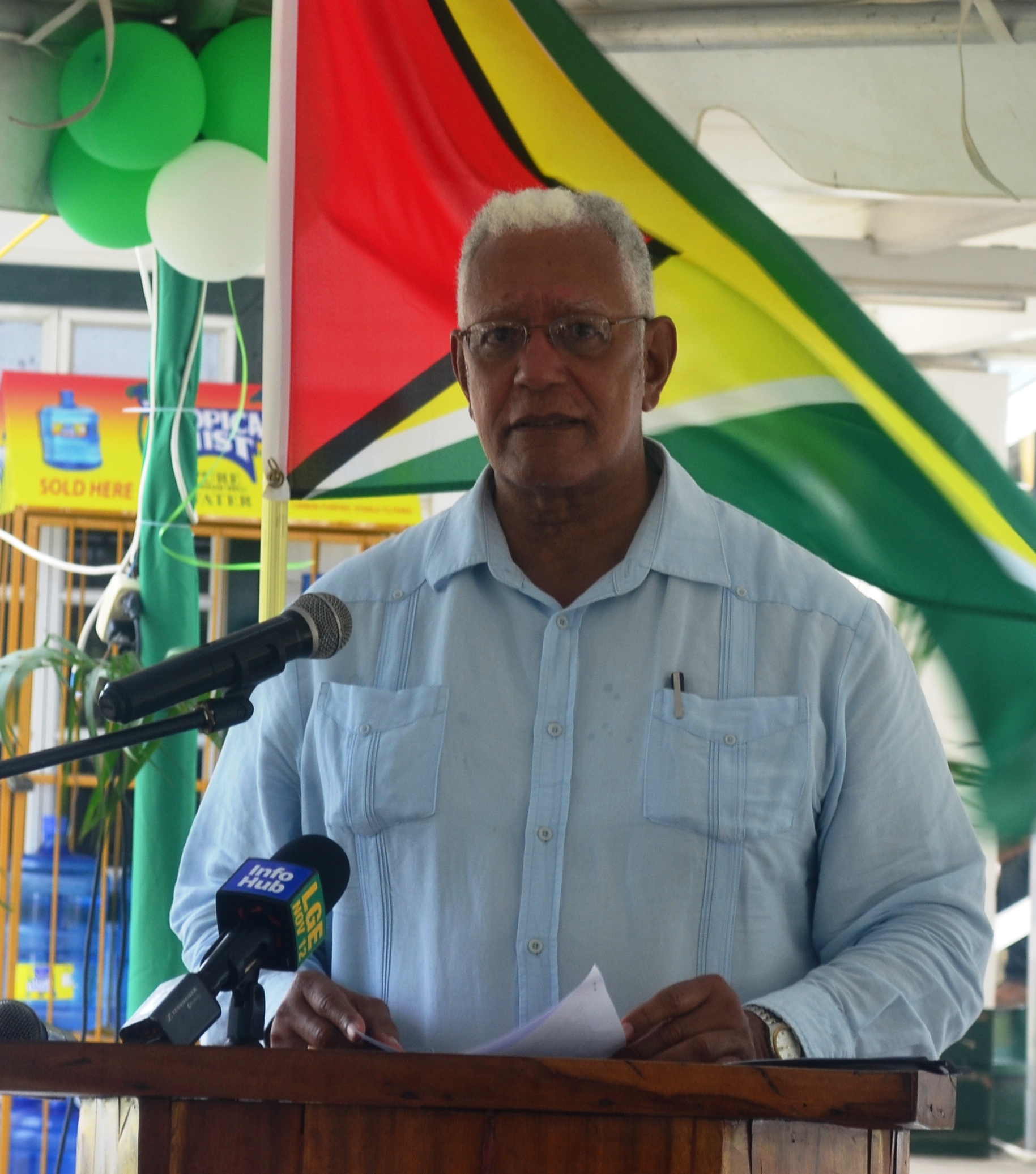 The subject Minister in delivering welcoming remarks said that the move to transition to another location was to facilitate the growing staff who were all ‘crammed’ into a small  office space. He added that apart from the providing better working environment, the movement will also cater for greater coordination among the agencies so as to better serve the public.

“Many times in my discussions, I find there is little coordination between agencies within the sector and this much change. For Instance, NAREI has a Mangrove Restoration Project which aims to augment Guyana’s sea defences by protecting, restoring and managing the natural coastline barrier provided by our mangrove forests. This project by its very nature contributes to flood risk management and should be coordinated with the D&I infrastructure,” the Minister said. 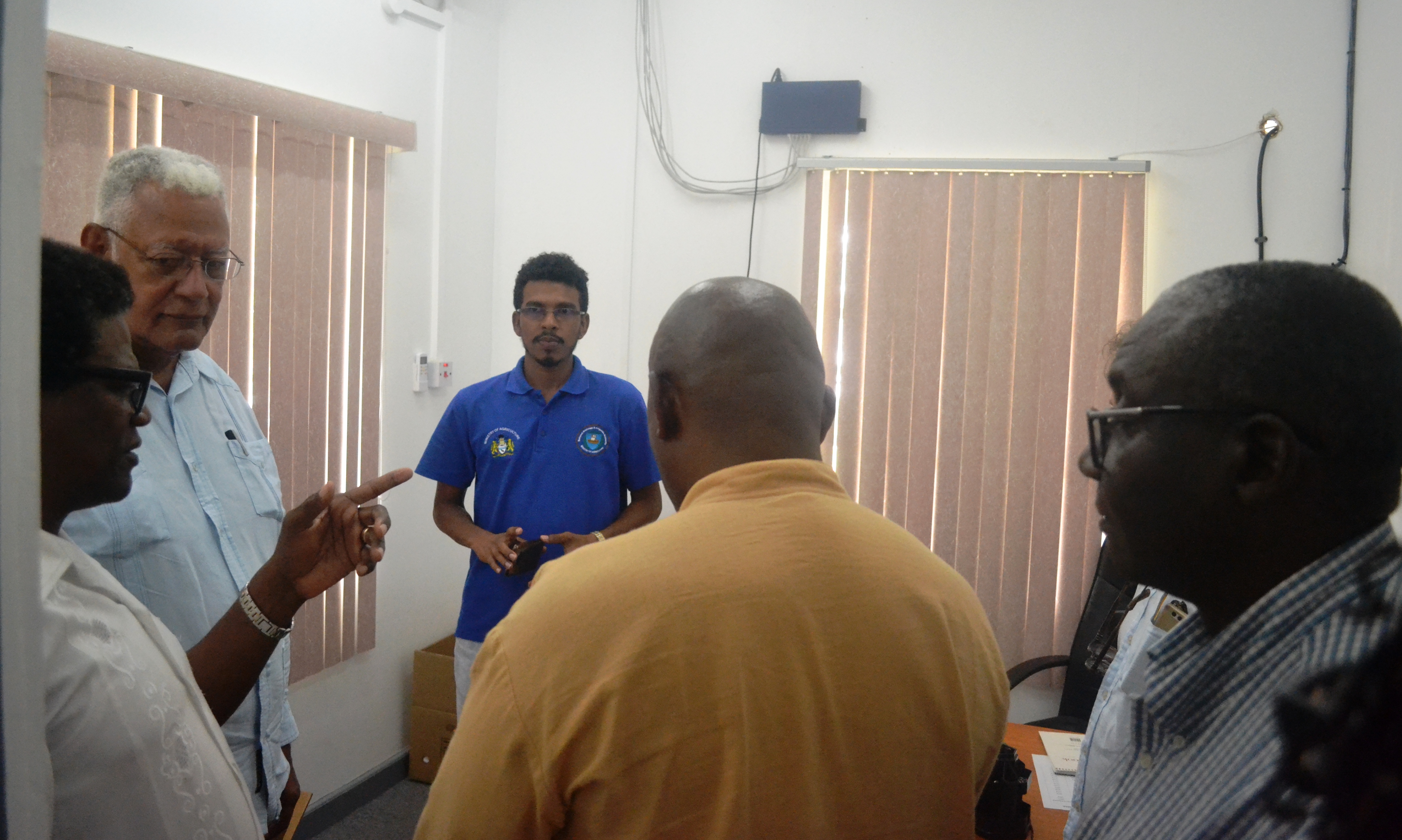 Minister Holder and other officials while touring the facilities

The facilities, the Minister also reminded will also be house closer to the other agricultural offices located at Mon Repos, namely the Guyana School of Agriculture (GSA), NAREI, GLDA and the Pesticide and Toxic Chemicals Control Board (PTCCB).  Prior to the transition, the compound was home to agriculture research laboratory, head office, Information System and Materials Management department respectively and training facilities managed by GuySuCo. 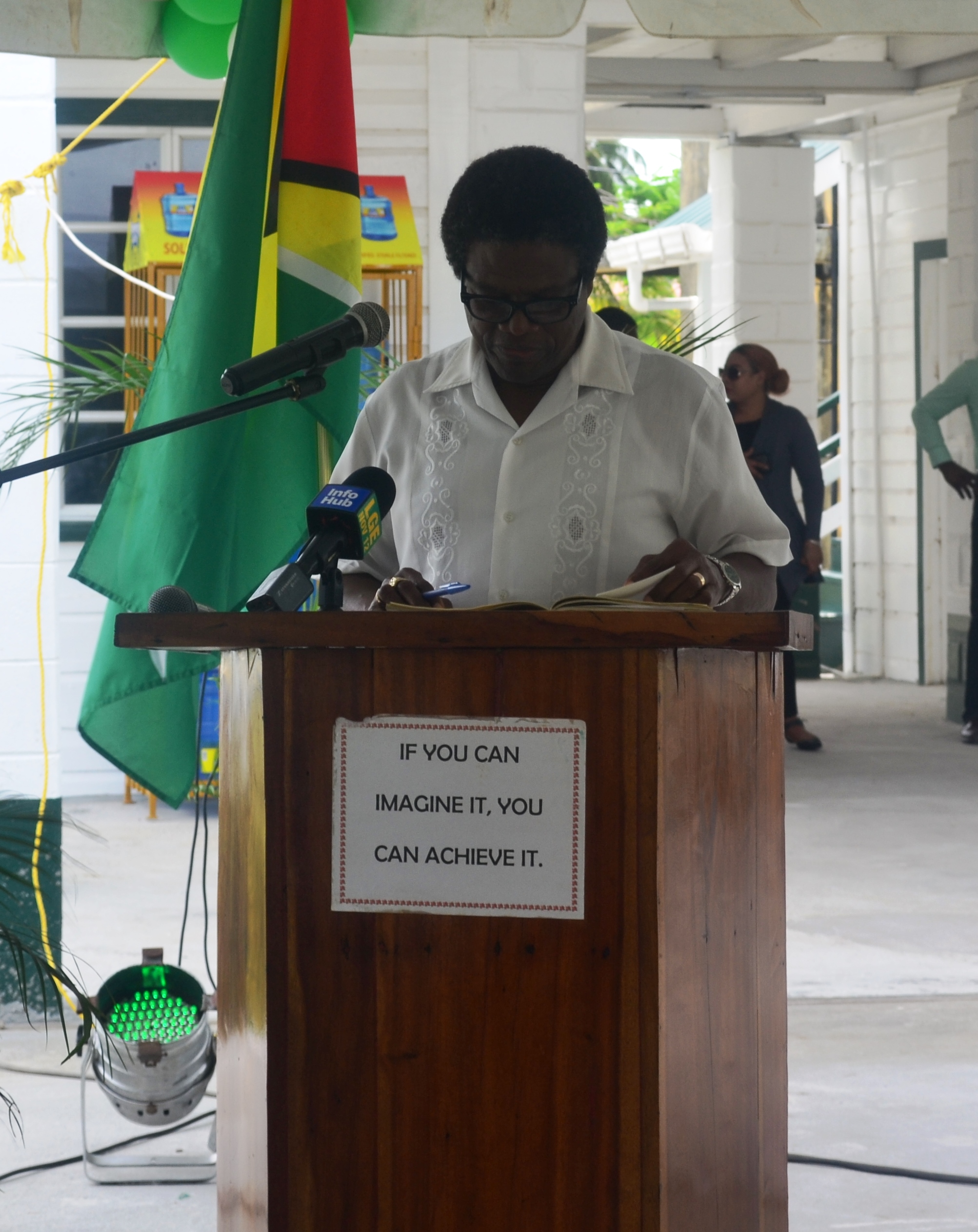 While offering brief remarks, Chief Executive Officer of NDIA, Mr. Fredrick Flatts said that a total of $107.3M was spent on works to ensure the buildings were up to standard.

“Four buildings were refurbished and one generator room was constructed. We had five different contactors working on the project to ensure it was don’t to our specifications. The staff have all expressed satisfaction with the works and the move and we foresee NDIA being here for decades.” Mr. Flatts said. 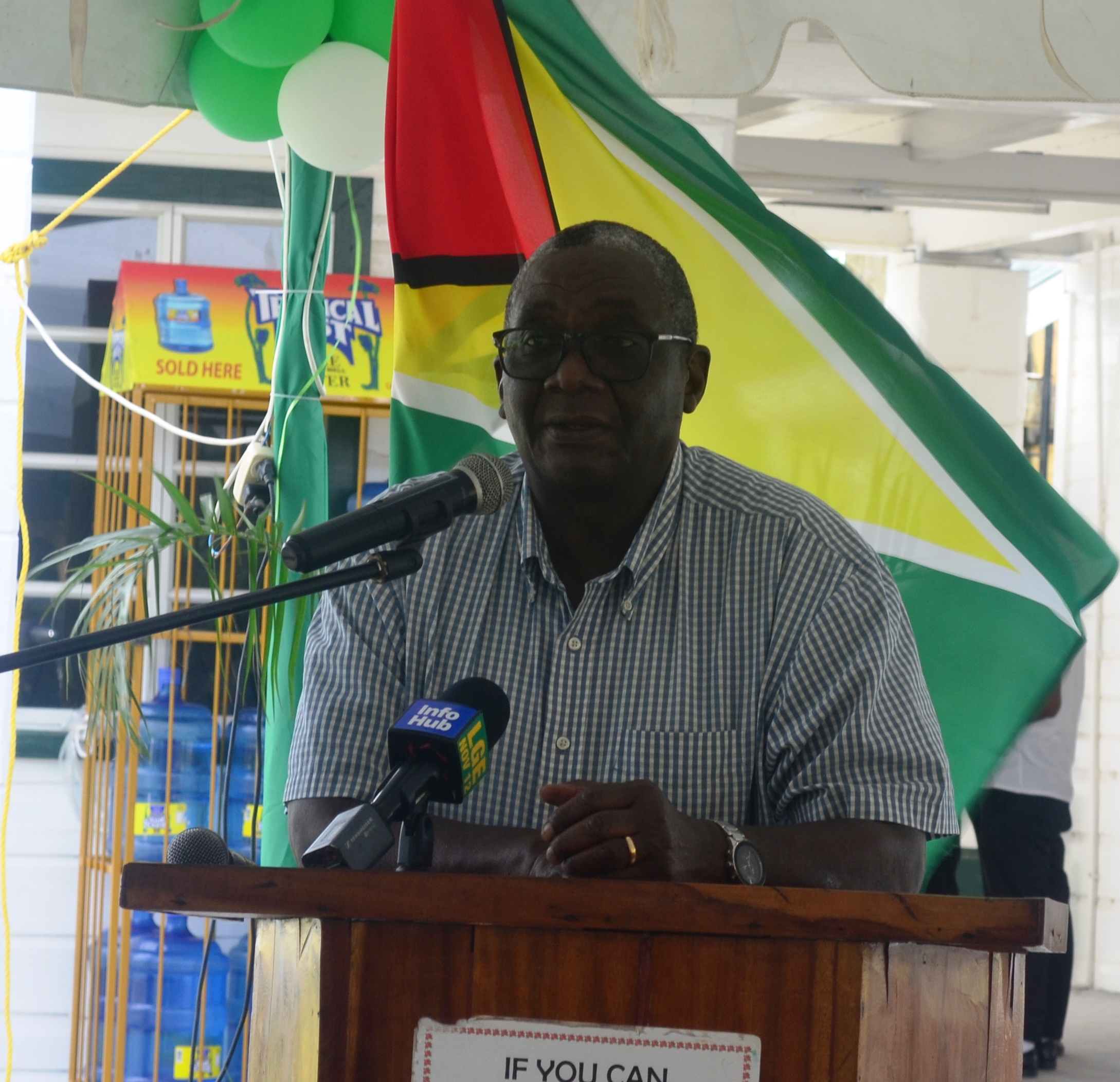 Meanwhile, recently appointed CEO of GuySuCo, Dr. Harold David Jr., who is also the Chairman of the NDIA Board of Directors, welcomed the move by the authority, adding that GuySuCo has a range of facilities that will be beneficial to NDIA.

“GuySuCo has a long standing history with the NDIA which has demonstrated fruitful outcomes over the years. We (GuySuCo) have a number of facilities and testing labs that will be made available to NDIA that will offer efficient service and add to the needs Guyana’s D&I systems. With this expected move to LBI, we look forward to greater synergies with the drainage authority as they utilize all the necessary facilities that GuySuCo has to offer.” Dr. David Jr. said. 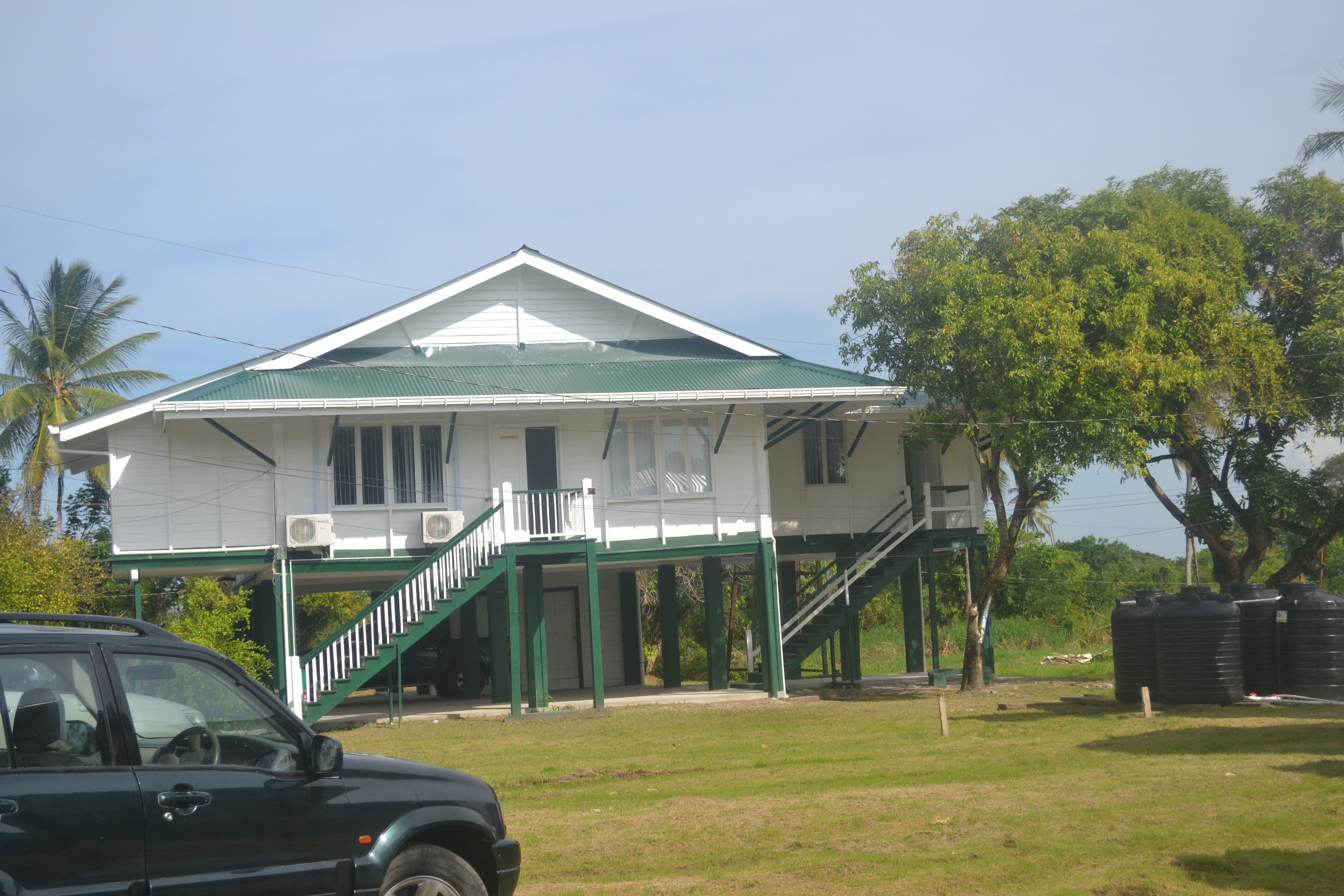 One of the buildings that were refurbished

The new CEO also stated that as part of his new revitalization plan for corporation, GuySuCo will be modernizing the three remaining estates which are the production centers. This will entail transforming infrastructure, agricultural and other practices and retooling factories. One of the key focus areas for the corporation will be to increase GuySuCo’s competitiveness with the production of high value sugars – plantation white and direct consumption.

In 2017, the Special Purpose Unit (SPU) and its international financial services provider, Price Waterhouse Cooper occupied two building in the compound. The SPU was formed to oversee the reassignment and divestment of the Guyana Sugar Corporation’s (GuySuCo) assets.