The Ministry of Agriculture has intensified its efforts working along with various farmers’ group to boost Cost of Production. This has seen the Ministry having a dialogue with farmers’ group, looking at ways in which Government can give technical and other assistance. 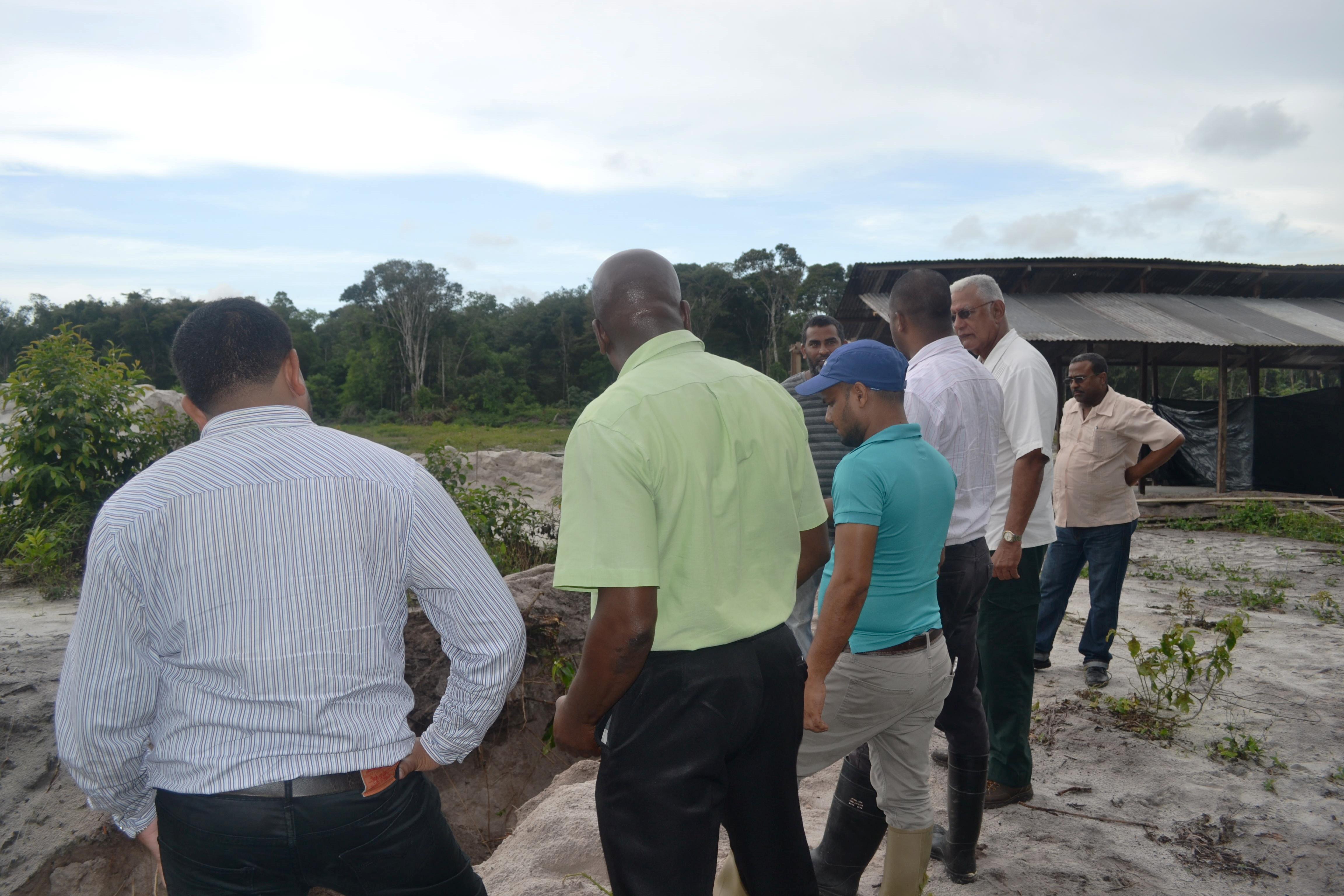 Recently, Agriculture Minister, Noel Holder and a team of technical officers met with farmers of Laluni to looking at farming techniques implemented and to address any concerns hampering production.

Balram Bridgewater, who currently cultivates 28 acres of land credits his successful operation to the fact that his cost of production has remained at an all-time low. He added that since shifting his location from Parika, farming has been bountiful. 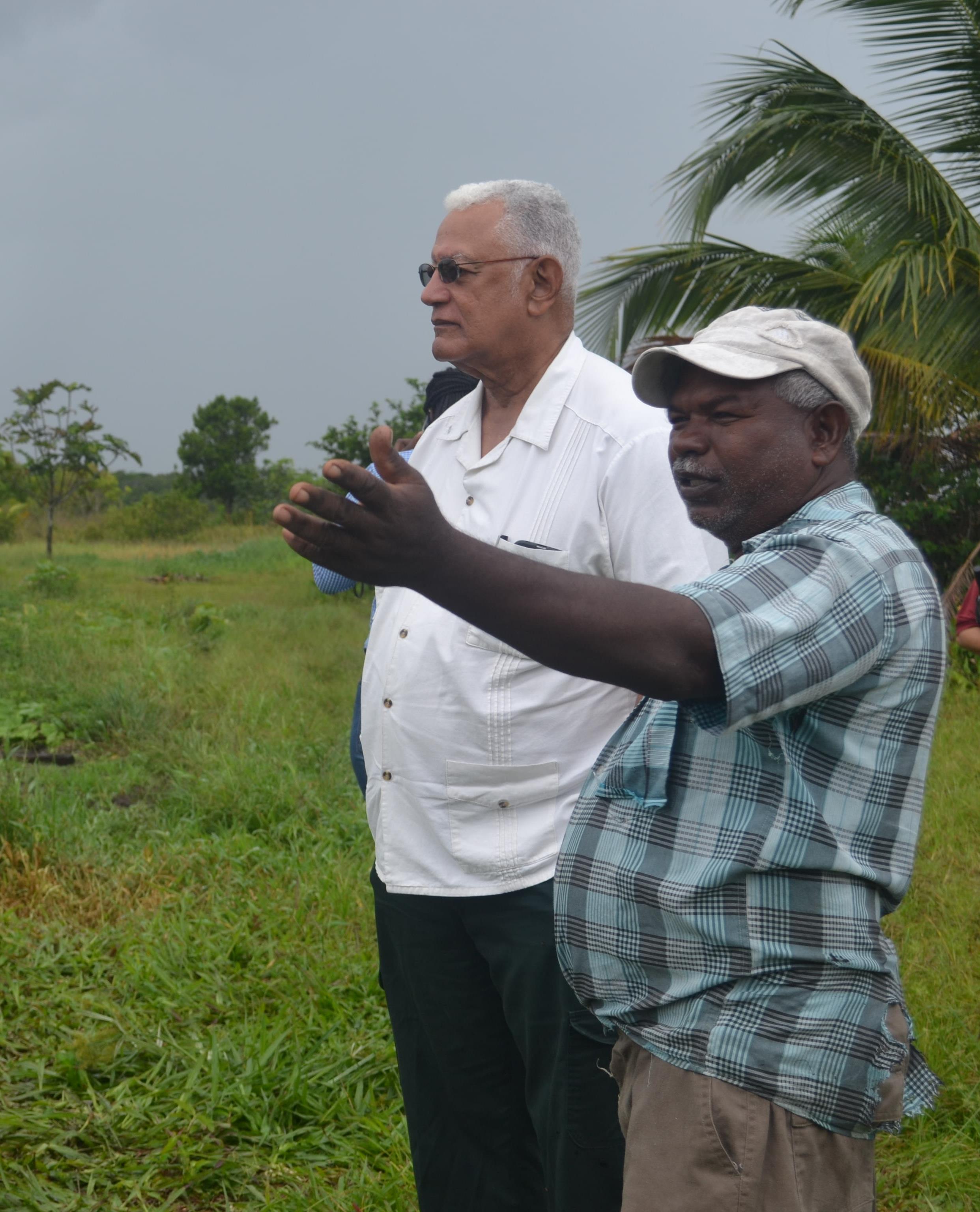 Minister Holder and Mr. Balram Bridgewater on his farm

“The problem at Parika was pest and diseases which has not only killed many of my crops  but has caused me to spend a lot of money to purchase the right chemicals for the job…today I have seen a major difference in production,” he said.

At Laluni, the farmers’ uses a mixture of sand and chicken manure to grow their fruits and vegetables and according to Balram he has no regret in his decision to relocate. 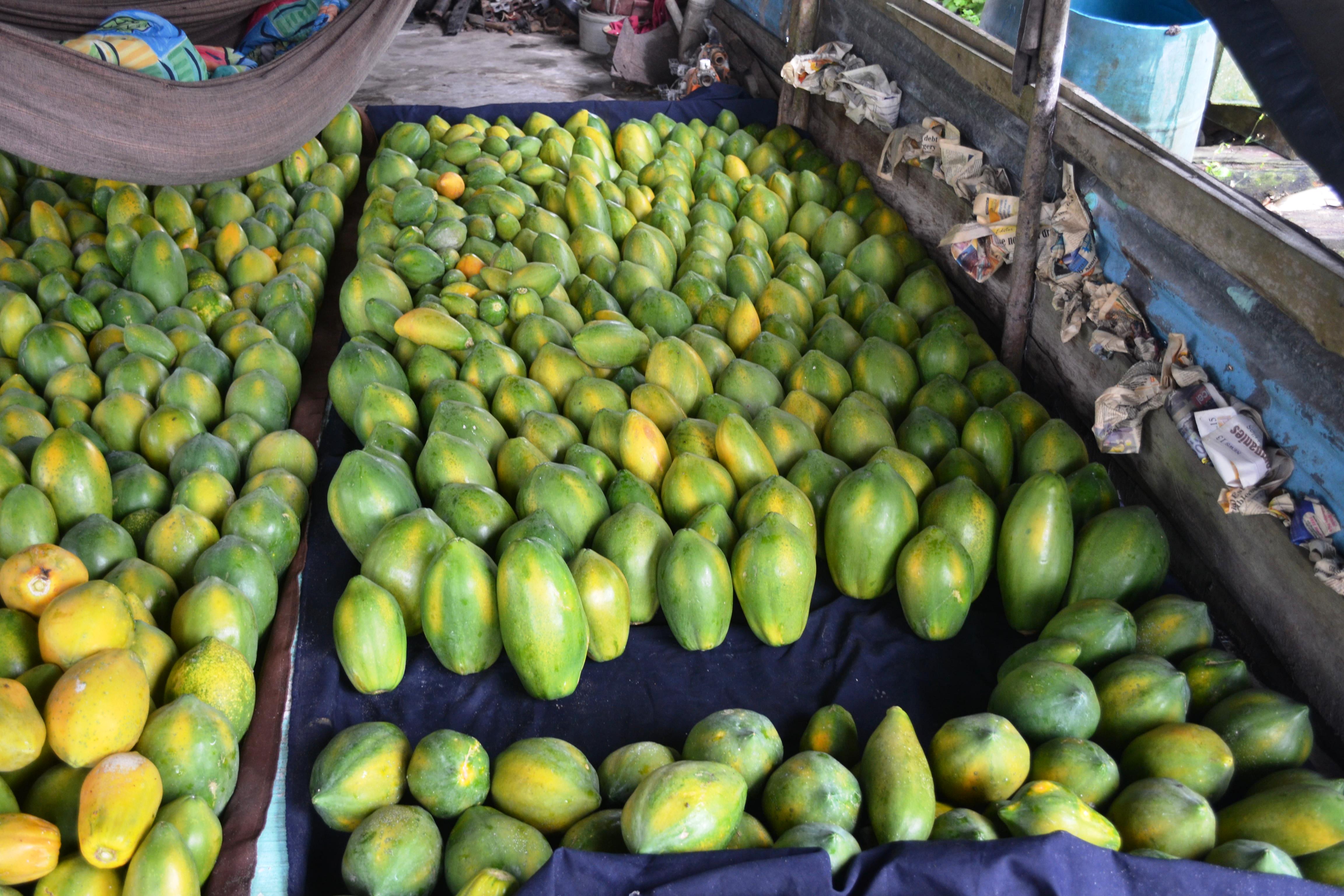 Some of the papaya planted on Mr. Balram Bridgewater’s farm

Mr. Bridgewater has also implemented a water sprinkler system which he uses to irrigate his produce. The farmer is now working along with officers of the Guyana Livestock Development Authority (GLDA) to embark on small ruminant rearing to augment his earnings.

At another farm, the team was met by Mr. Deonarine Khedu who eagerly displayed his 4 acres of vegetable production. He added that while he currently farms on a small scale, he has prospects of expansion in the near future. 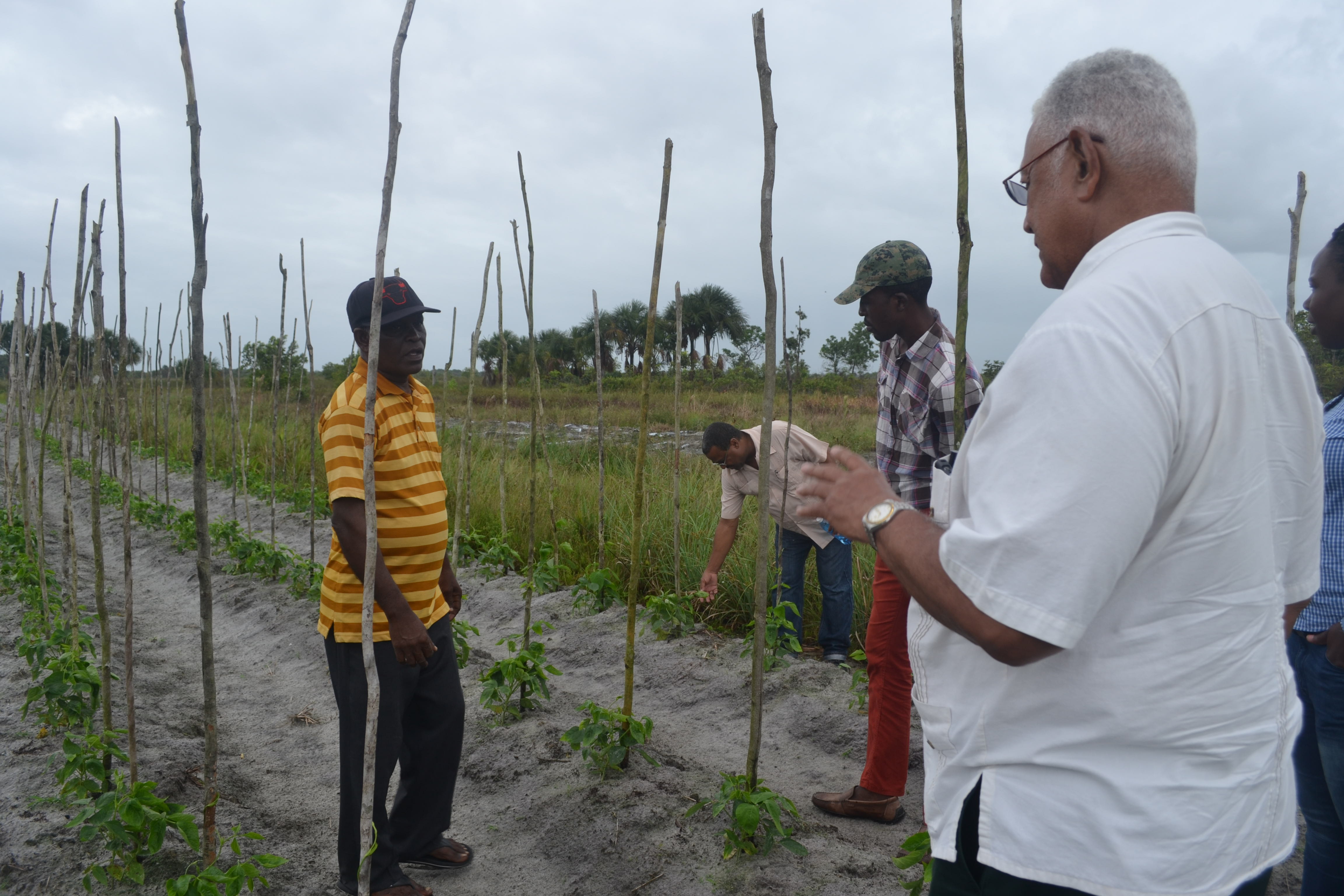 “I have been getting assistance from the National Agricultural Research and Extension Institute (NAREI and CARDI through the ACP program which has so far been a success,” he said.

The project which was funded under the 10th European Development Fund (EDF), worked with several farmers’ groups to show the benefits of irrigation and mulching on improved production. 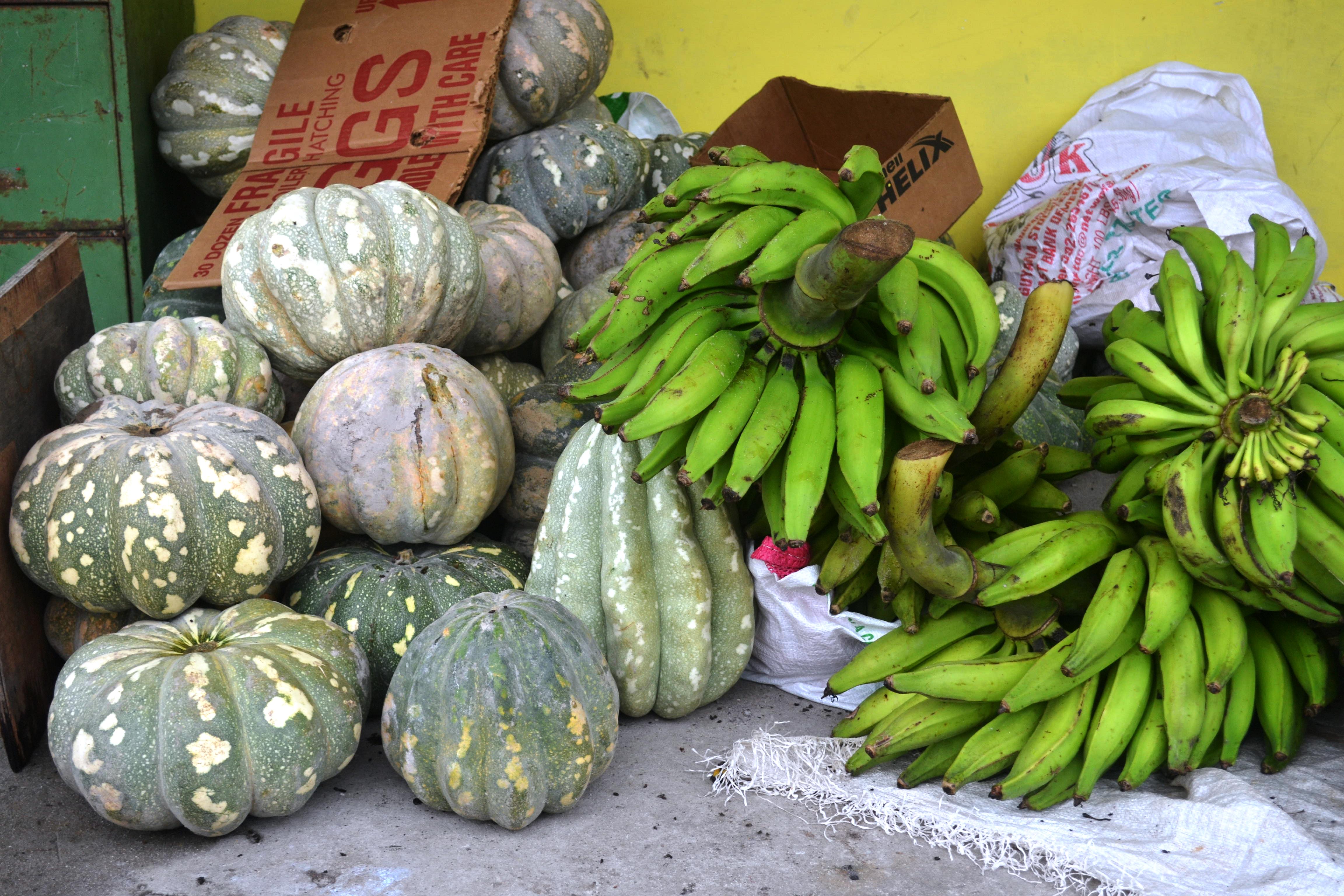 Some of the crops from Mr. Khedu’s farm 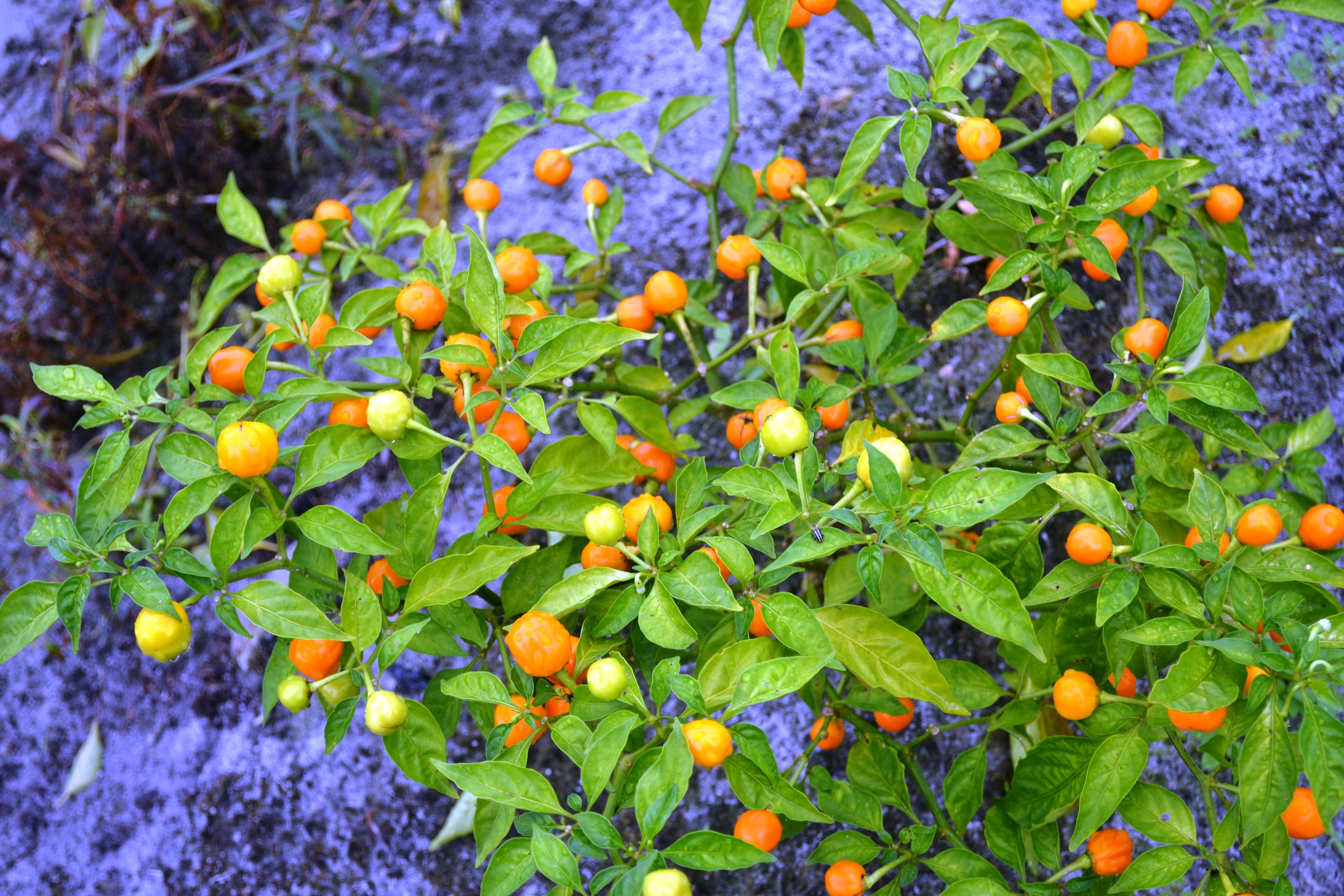 Some of the hot peppers on Mr. Khedu’s farm 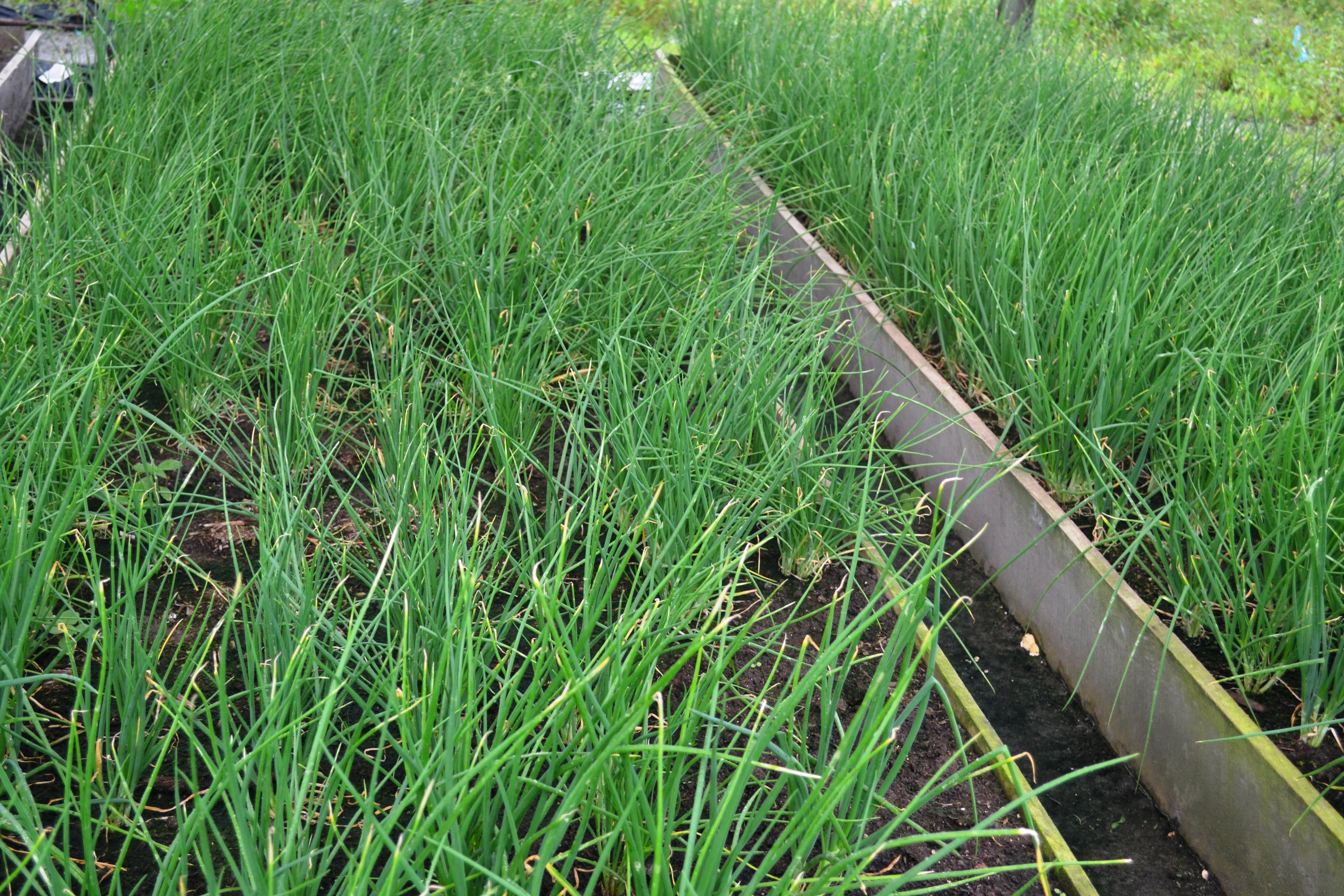 Eschallot grown on his farm

Mr. Khedu who currently growing several acres of tomato, hot peppers, celery, Bora, and Eschallot, has requested the assistance of the Ministry with machinery to clear additional acres to expand his production base.

With respect to Market opportunities, the farmers stated that presently there is a bountiful market at Soesdyke where farmers sell their produce.

Meanwhile, a visit was made to Mr. Stephan Low-a-Chee’s farm which he has several acres of land dedicated to his pig farming. The team who was given a tour of the facility was greeted by a well thought-out design production which Mr. Low-a-Chee uses to supply markets in Georgetown. 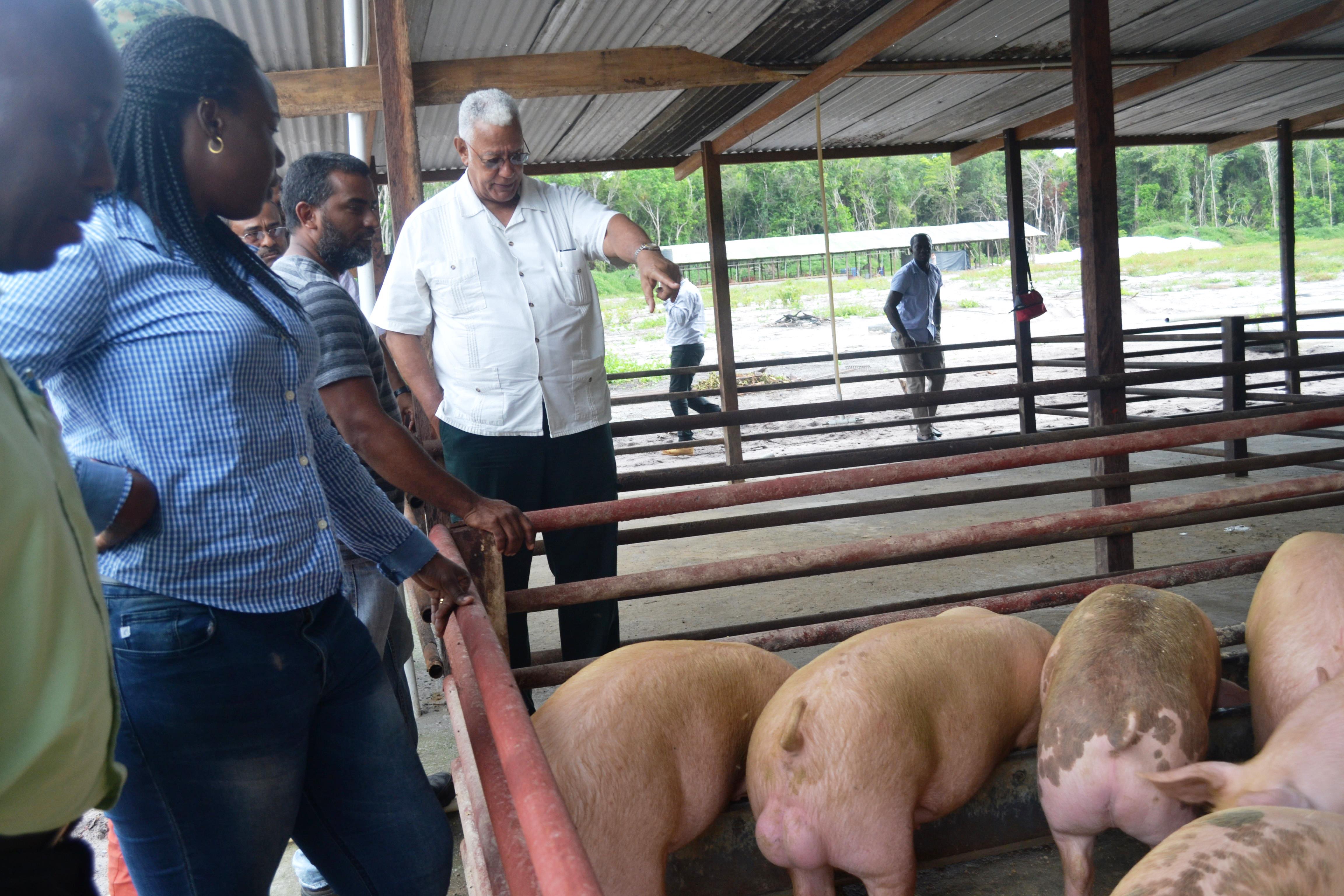 Minister Holder is pictured with Mr. Stephan Low-a-Chee (third left) and other MOA officials on his pig farm

The Agriculture Minister lauded the efforts of the farmers in keeping agriculture strong and alive, while looking at ways in which technical and other assistance has be offered to the farmers in ensuring that their Cost of Production remains low.

“We are happy at the Ministry of Agriculture to be working with farmers’ group to assist where necessary to boost the production and productivity of farmers across Guyana. We know there is a lot more to be done but together we are putting the necessary legislation and policies in place to ensure that the farmers’ livelihoods are protected,’ Minister Holder said. 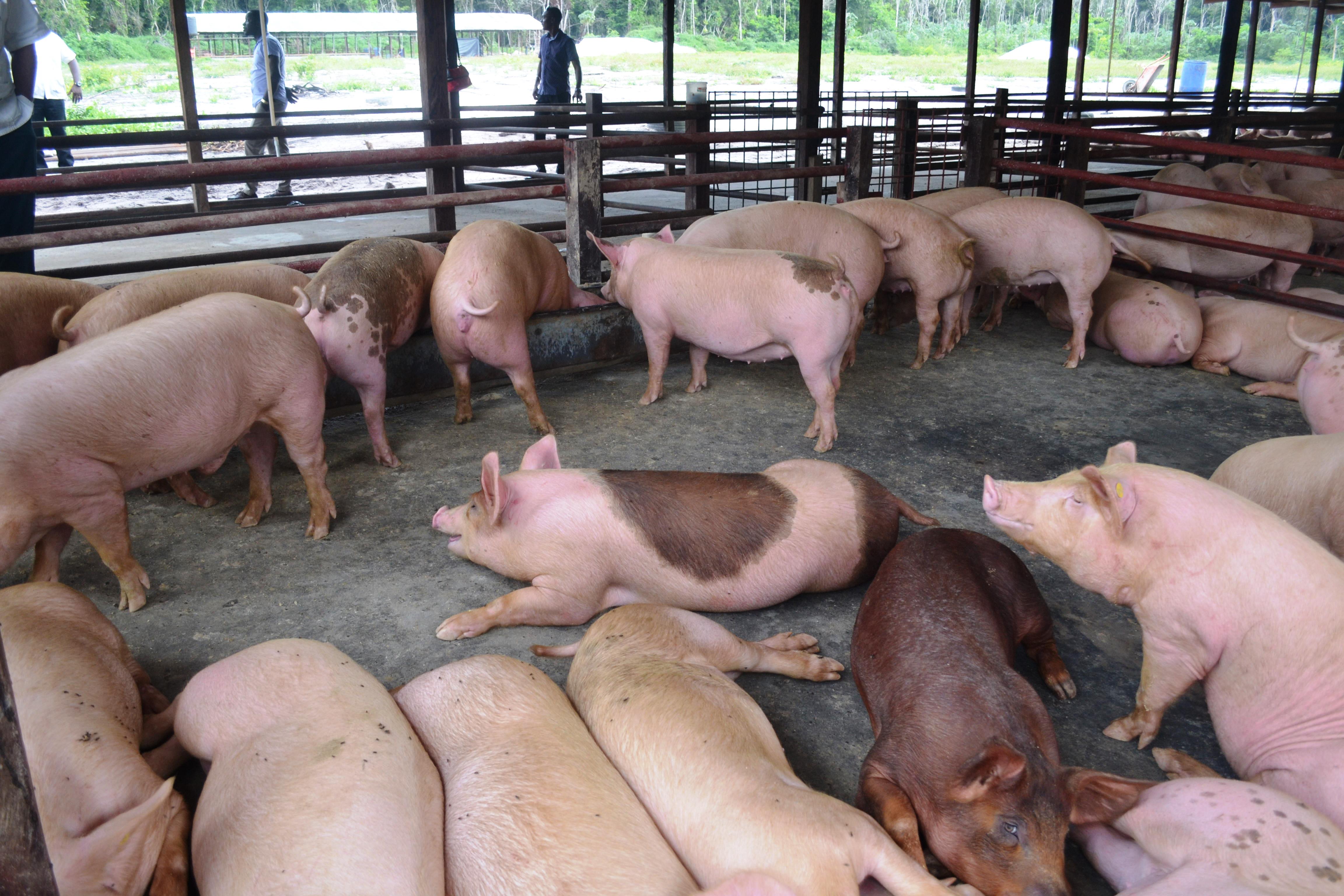