More than 50,000 residents of the East Coast of Demerara are set to benefit from the commissioning of a newly constructed pump station at Lusignan.

The installation, which is valued at more than $360M, includes two mechanical pumps with the capacity to drain approximately 102 gallons of water per minute. 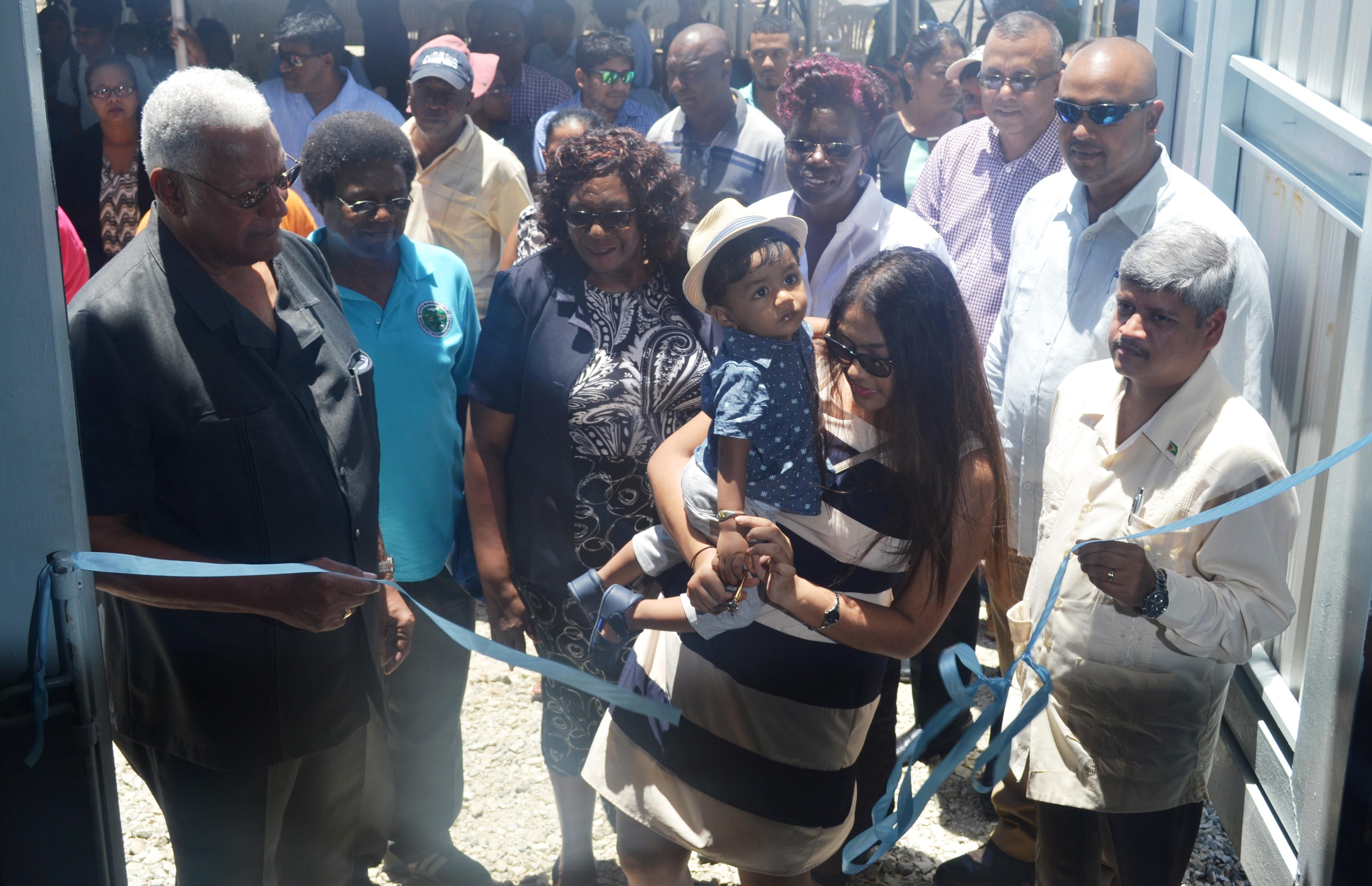 Cutting of the ribbon at the commissioning

Minister of Agriculture, Noel Holder said the construction of the drainage pump is in keeping with a wider commitment by the government to mitigate the effects of climate change on coastal communities.

“The objective of the project is the reduction in flooding in the low-lying areas of the East Demerara. These stations are being constructed at a cost of US$11, 890,000. One of the outputs of this project is to implement priority flood risk reduction in the East Coast Demerara Drainage System, by improving pumping capacity in three areas; Lusignan, Friendship-Vigilance and Hope/Enmore,” Minister Holder said.

The pump station at Lusignan is the first to be commissioned, the two others will follow shortly. 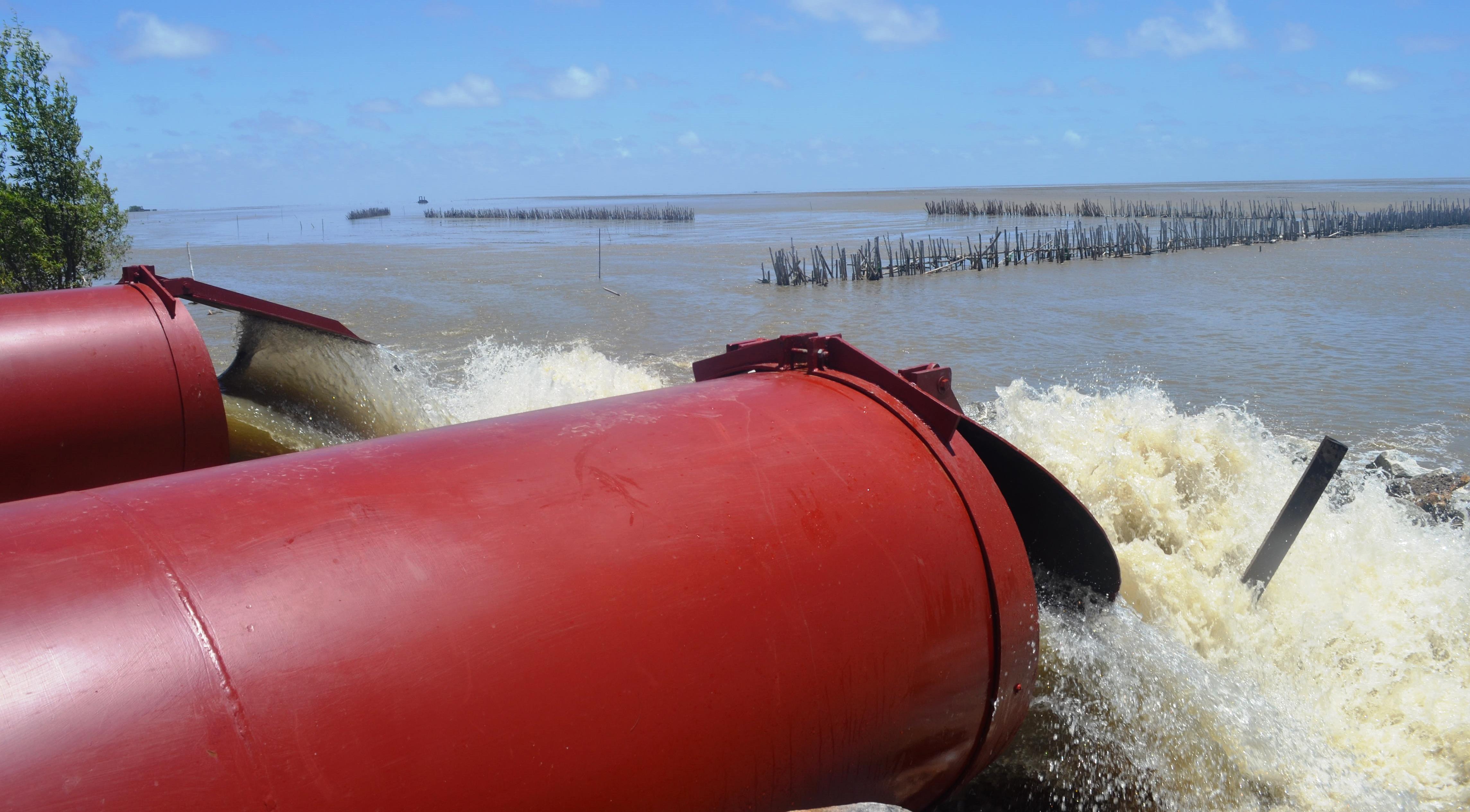 The pumps in operation

“This morning is a clear testimony of the ministry’s mandate; with the installation of this pump, one hopes that with the responsible management of its operation residents within this catchment area are likely to be protected from adverse weather conditions. Today’s commissioning of Lusignan’s new drainage pump demonstrates once again the ministry’s commitment, to continue its efforts in preventing and managing floods along Guyana’s coastline.” 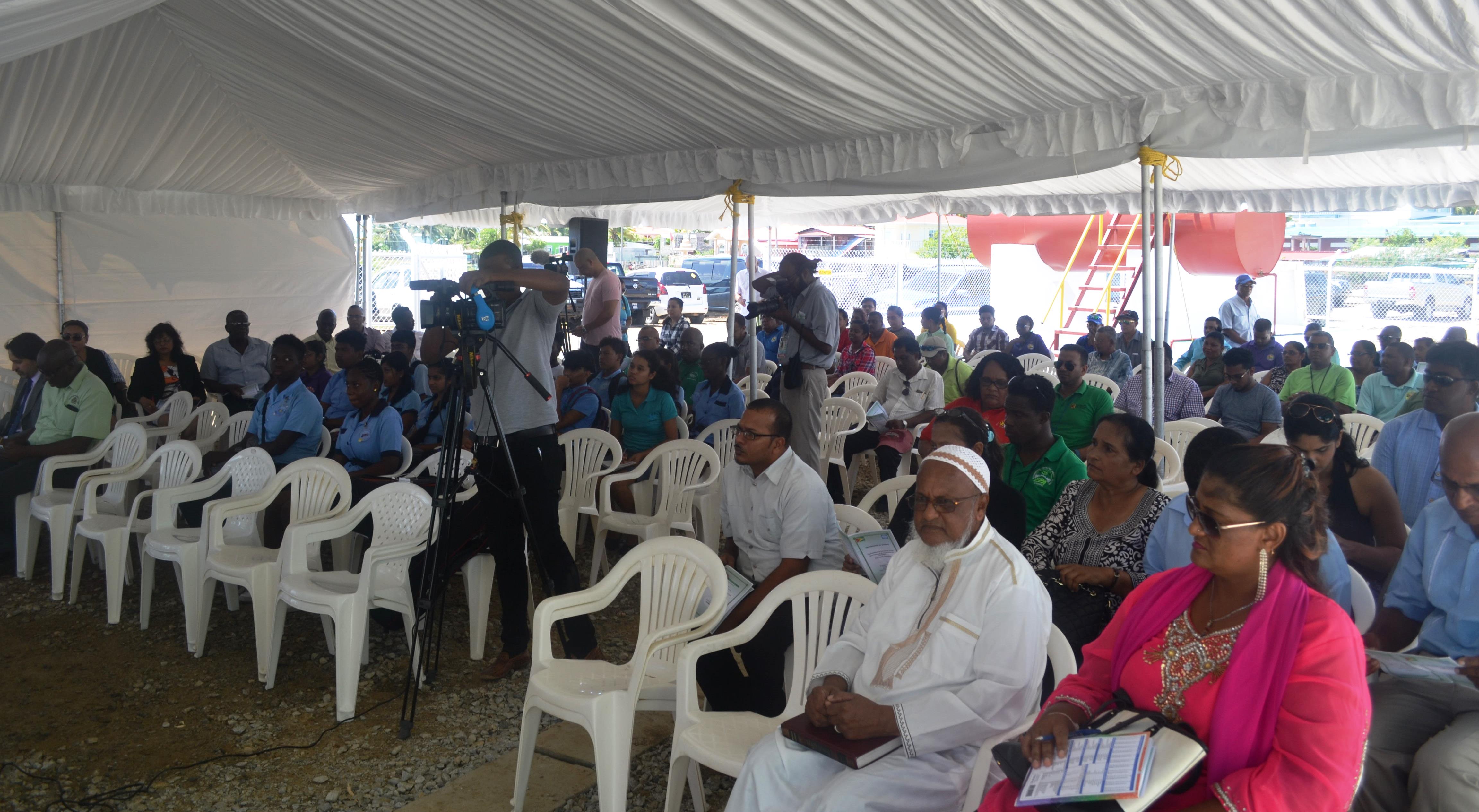 In addition, Chairman of the Mon Repos – La Reconnaissance Neighbourhood Democratic Council Ayube Mohamed says the investment will be properly maintained. He encouraged residents to be vigilant so that the facility will serve its intended purpose. Mohamed also extended gratitude on behalf of the beneficiaries.

Present also was Chairman of the Regional Democratic Council Region Four, Genevieve Allen, officials of the Ministries of Finance and Agriculture and representatives of the IDB and European Union delegation in Guyana. 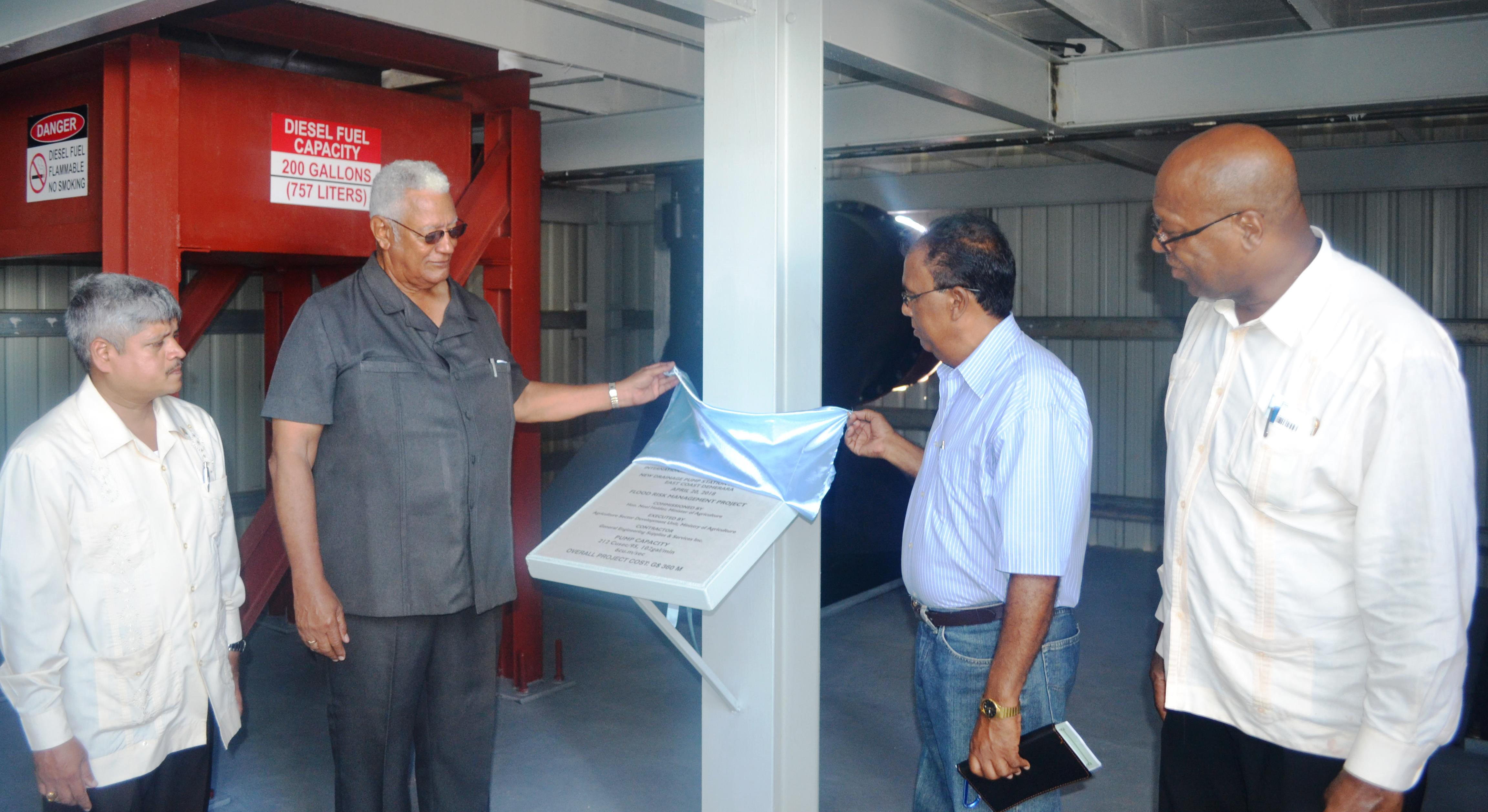