Agriculture Minister, Noel Holder on Sunday led a team of officials to areas in Canal No. 1 and 2 on the West of Bank Demerara to assess flooded agricultural areas and implement immediate interventions to assist farmers in the affected communities.

During the visit, the Minister and team interacted with farmers and residents of the villages, as they sought to look at alternatives which would bring immediate relief to those affected.

The flooding, which was as a result of heavy rainfall over the past few weeks, saw scores of farmers’ livelihoods under threat. The Minister has since instructed the NDIA to implement emergency assistance which involved the deployment of additional excavators to the areas to swiftly clear the channels. 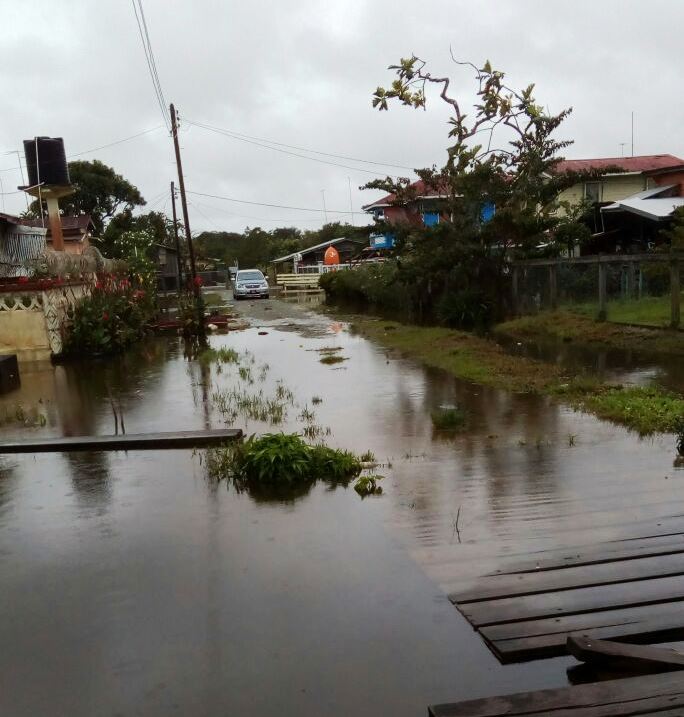 One of the affected areas in Canal No. 2

Works, which commenced on December 25th, saw the NDIA executing additional clearing exercises which involved using two rice tractors to remove floating mass that would have accumulated in the outfall channel. Additionally, three more excavators were deployed to carry out works in these areas.

During an inspection of the drainage and irrigation structures it was evident that all D&I structures managed by the National Drainage and Irrigation Authority (NDIA) were operable. 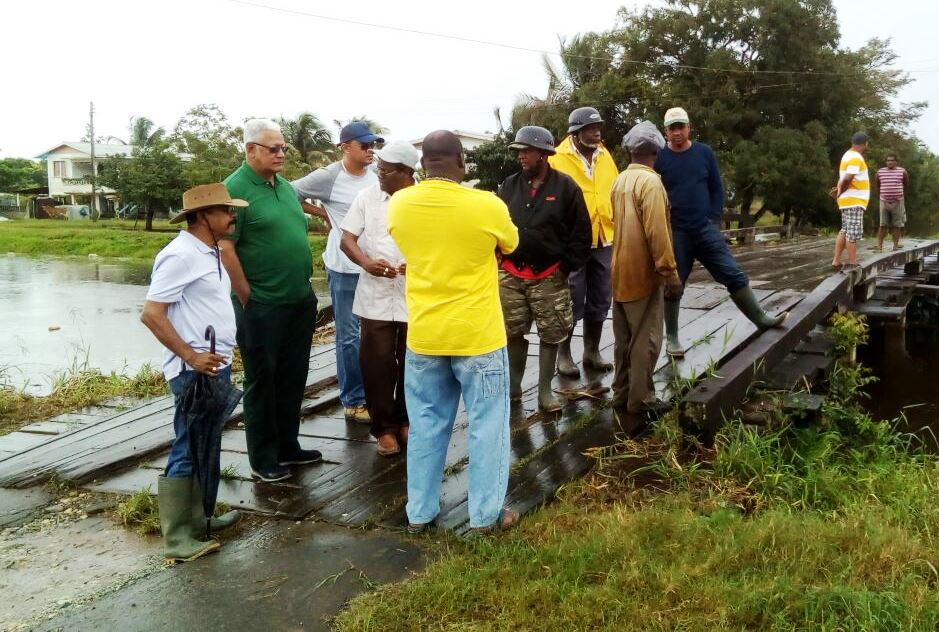 Agriculture Minister, Noel Holder in an invited comment promised additional machinery would be deployed to the areas to ensure that the water recedes quickly.

“It is not a case where the flooding is due to the inadequate drainage but rather of high levels of rainfall. Given the fact that the areas are relatively large, it takes some amount of time to drain and with persistent rainfall, these areas flood as fast as they are drained.” the Minister said.

Thus far, excavators have been working round the clock to ensure all channels are kept clear of mass which tend to contribute to flooding. Apart from the added machinery deployed to the area, Canals No. 1&2 are manned by four pumps which operate during the day.

“Because these areas are agricultural areas, vegetation grows quickly and there is quite a large amount of floating mass that gathers in the channel that the NDIA would clear regularly to avoid flooding. Because of the amount of mass, we do not employ manual clearing, but rather mechanical clearing. Currently there are several excavators working in the areas to ensure the seven miles of outfall channel is cleared at all times.” Holder said. 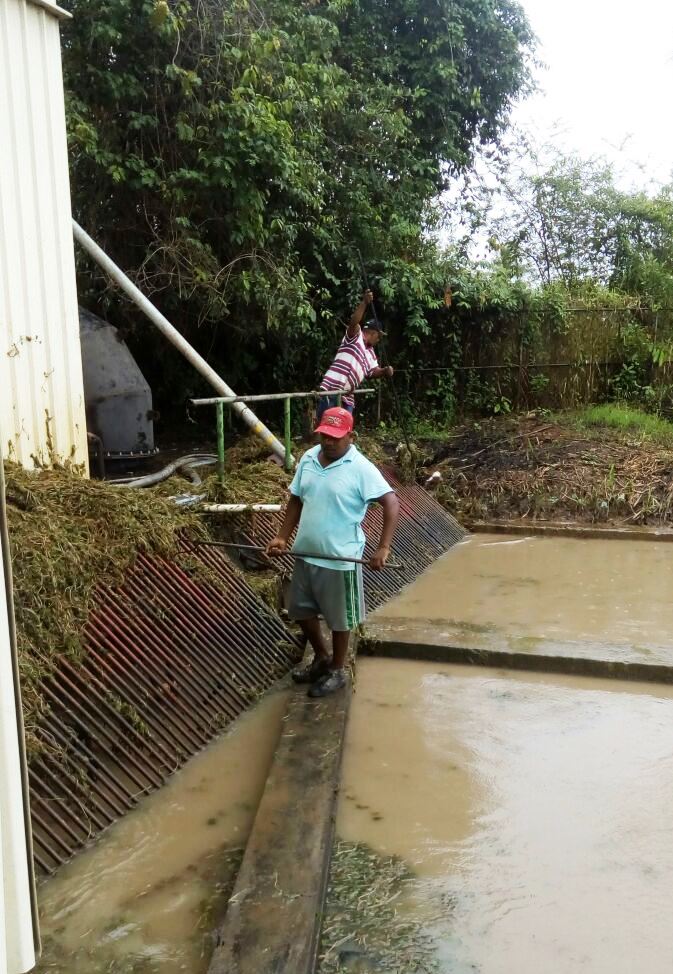 One of the drainage structures

Since the commencement of the December – January rainy season, the NDIA has been working assiduously with the Region’s NDC and the Water Users’ Association to assist flood affected communities and ensure all channels are kept clear and structures maintained. 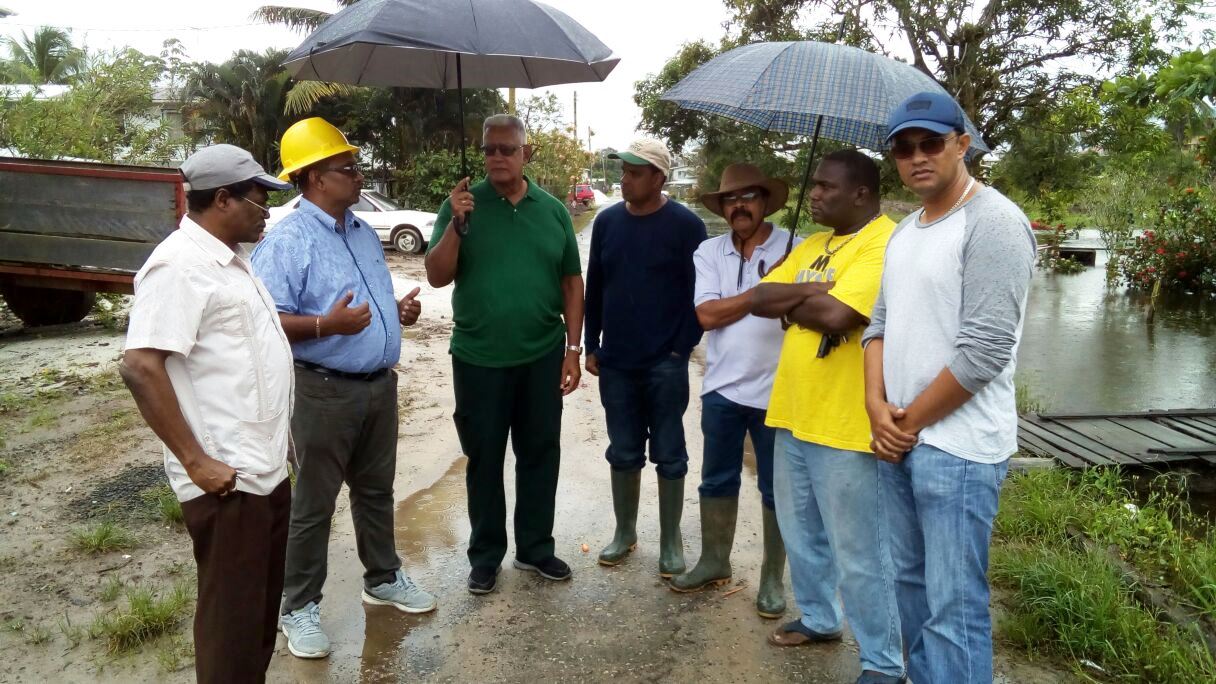