With the aim of producing safe, healthy and nutritious foods for consumption at home and abroad, Guyana will be moving to double its agricultural production over next few years, Minister of Agriculture Noel Holder has said. 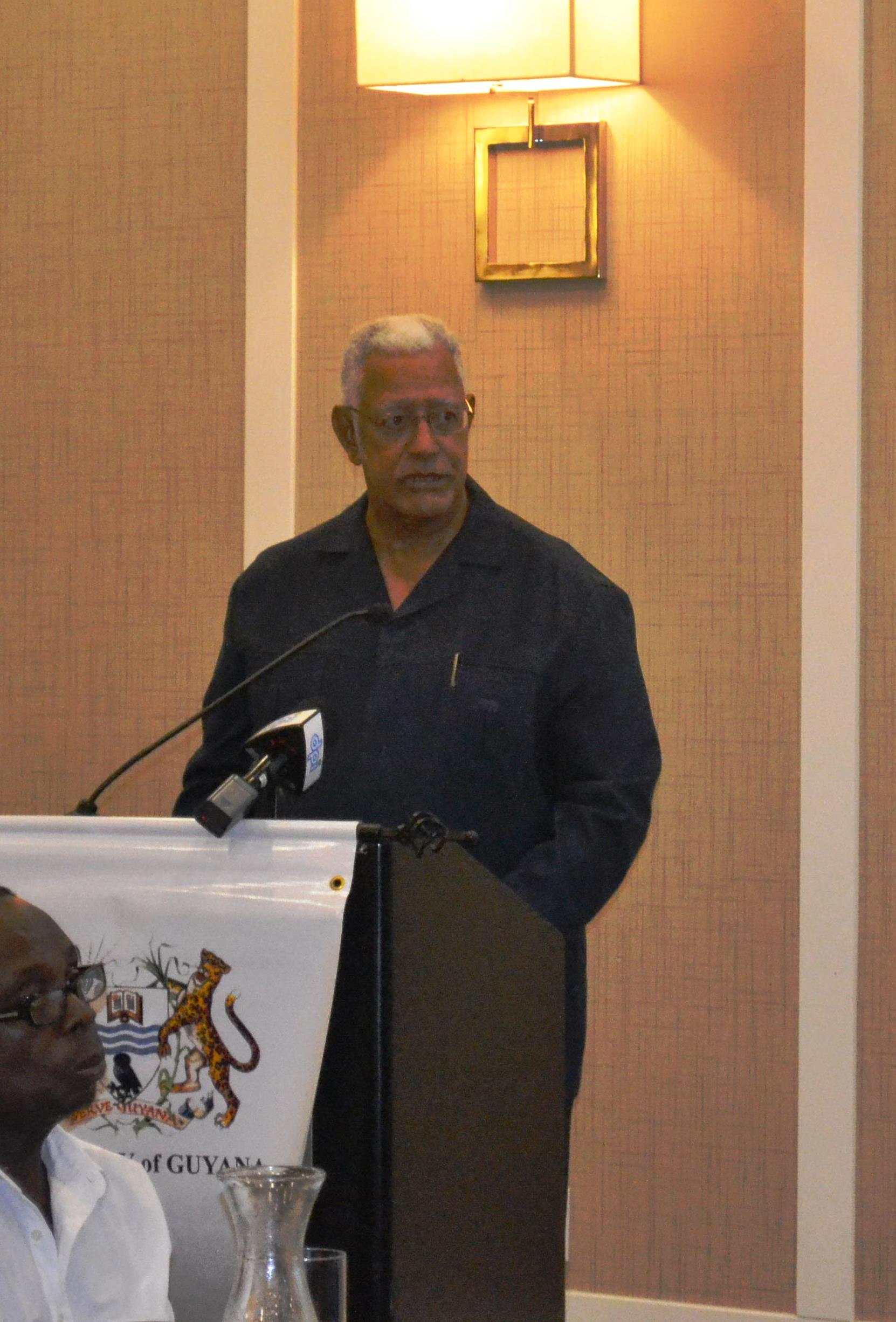 The Minister was speaking at a consultation last Friday, organised by the University of Guyana (UG) at the Marriot Hotel which sought a collaboration with the government on the establishment of an Institute of Food and Nutrition Security.

According to Minister Holder, Guyana has generally been regarded as the breadbasket of the Caribbean, being a net exporter of food in CARICOM. The portfolio he said has placed the country in a position of great responsibility with challenges to meet the region’s food needs.

He said the government has however taken note of the increased challenges to food and nutrition security, especially those of the impact of climate change and changes in the trade environment.

“We are, therefore, constantly reviewing our efforts to ensure that production of food is conducted in a manner that is safe for both the population and the environment,” he said.

In order to guarantee inclusiveness of all, Minister Holder said the government has adopted a multi-sectoral approach to ensure that all stakeholders play a meaningful role in addressing the key pillars of food security: availability, accessibility, utilisation, and stability.

“While we continue to face challenges, we have implemented and sustained various initiatives which support the integration of efforts to address food and nutrition security. These initiatives address all four pillars mentioned,” Minister Holder said.