With the aim of enhancing its productivity, provide income opportunities and improve the production of coconut seedlings in Guyana, the first phase of a Sustainable Development Coconut Cultivation program kicked off today at President’s College. 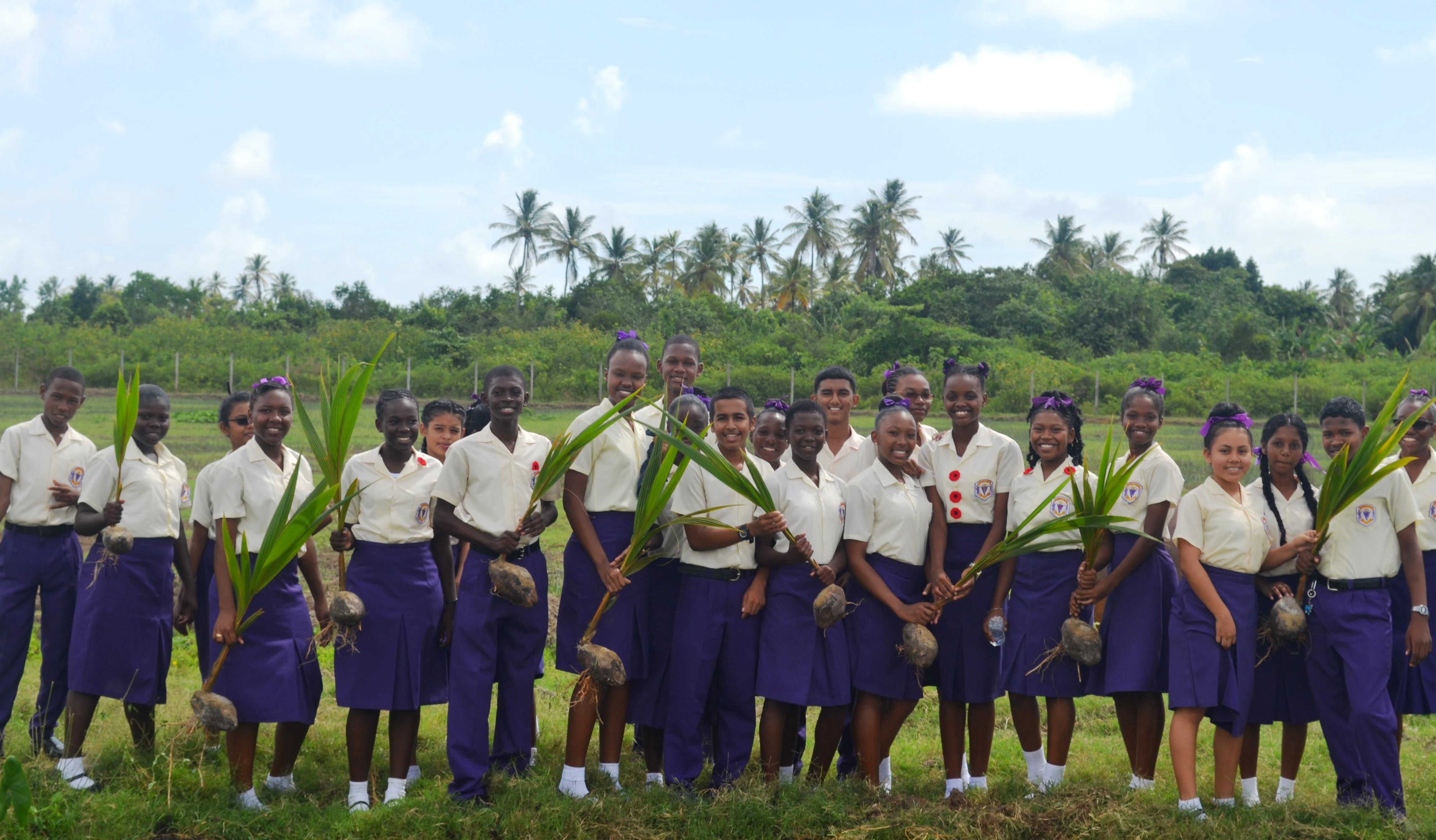 The program will see the completion of established coconut plots of 500 18 month seedlings at the cost of $995,000. The project is a joint venture of the Hope Coconut Industries Limited (HCIL) and the Agriculture Sector Development Unit (ASDU) in collaboration with Presidents College. 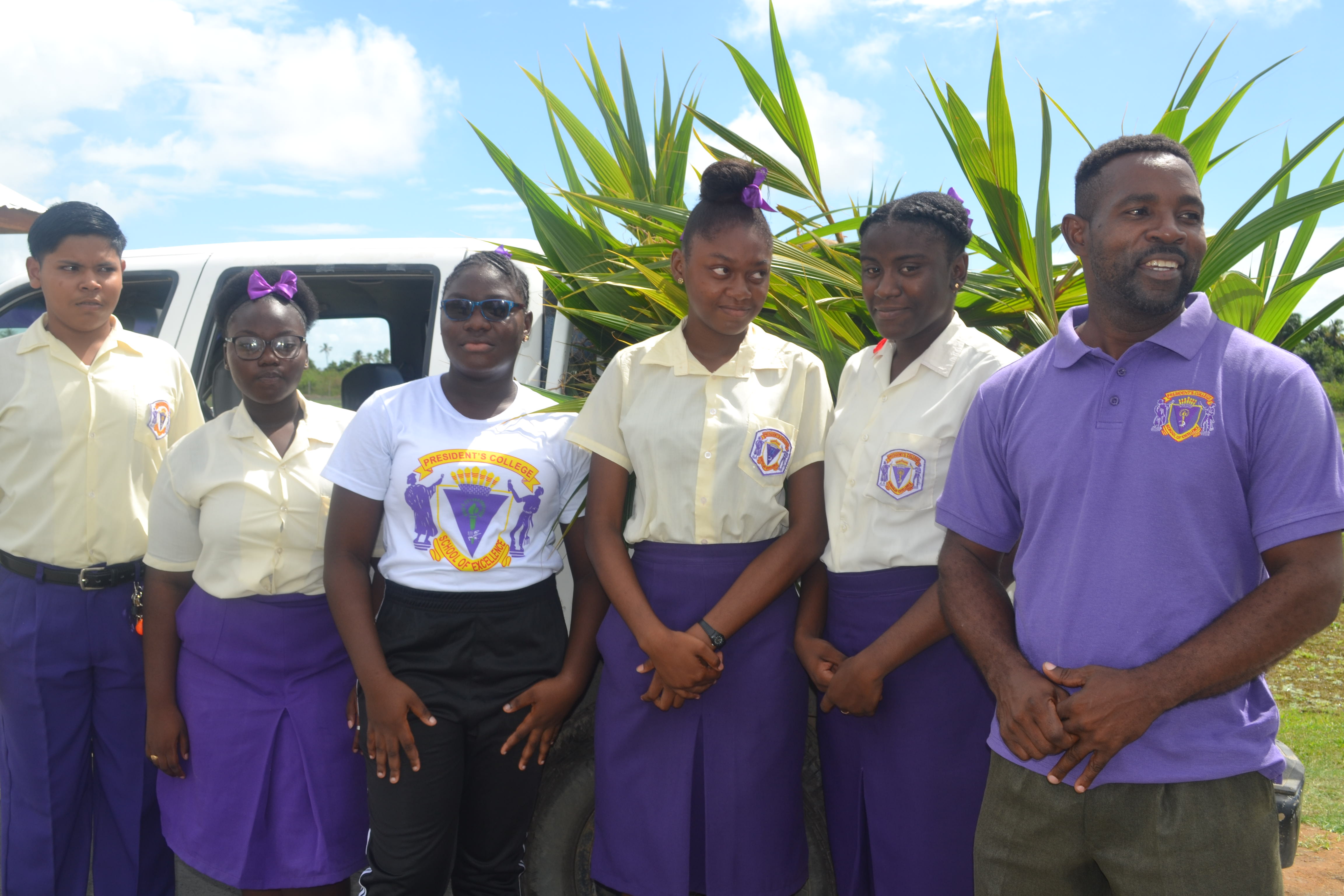 Head of the Agriculture Science Department at President’s College, Mr. Cranston Richmond with some of the school’s agriculture science students

Speaking with the Head of the Agriculture Science Department at President’s College, Mr. Cranston Richmond said the rationale of the project which will not only see increase coconut production to significantly improve the College’s income, but the introduction of genetically improved seedlings of high yielding locally adapted varieties.

According to Mr. Richmond, it is a great opportunity for both students and farmers’ to improve their skills in coconut production. 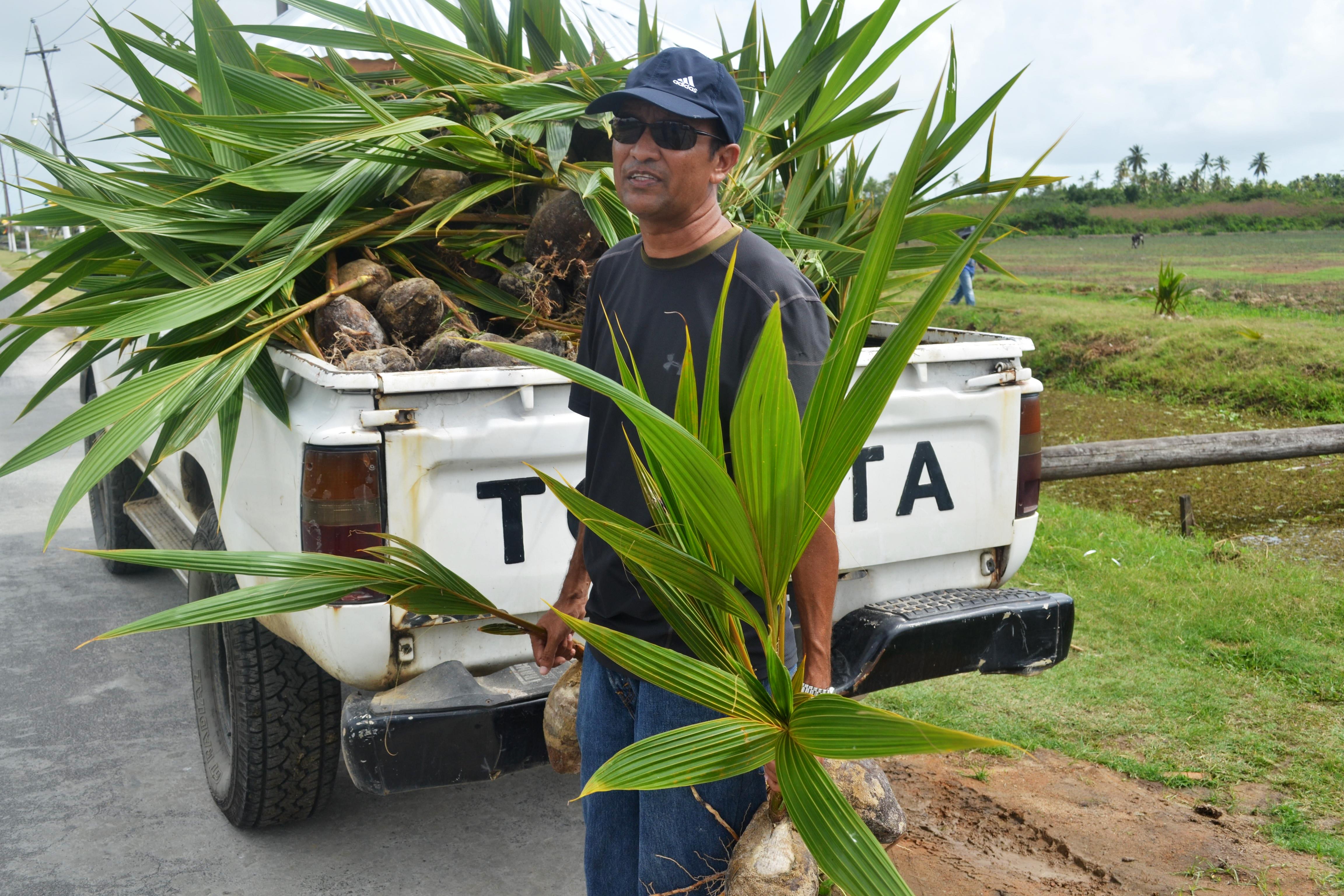 General Manager of the Hope Coconut Industries Limited, Mr. Ricky Roopchand in an invited comment, underscored the importance of the industry and the work the Hope Estate with assistance from CARDI in revitalizing the industry.

He added that thus far, the Hope Estate has been working with other institutions to have similar projects implemented in other coconut growing areas in Guyana. The project at President’s College will be used as a model.

The design of the project including the layouts of plots, empoldering of target areas, installation of infrastructure, selection, and planting of seedlings was done with technical assistance from the Agriculture Sector Development Project (ASDU), National Agricultural Research and Extension Institute (NAREI) and the Hope Coconut Industries Limited (HCIL). 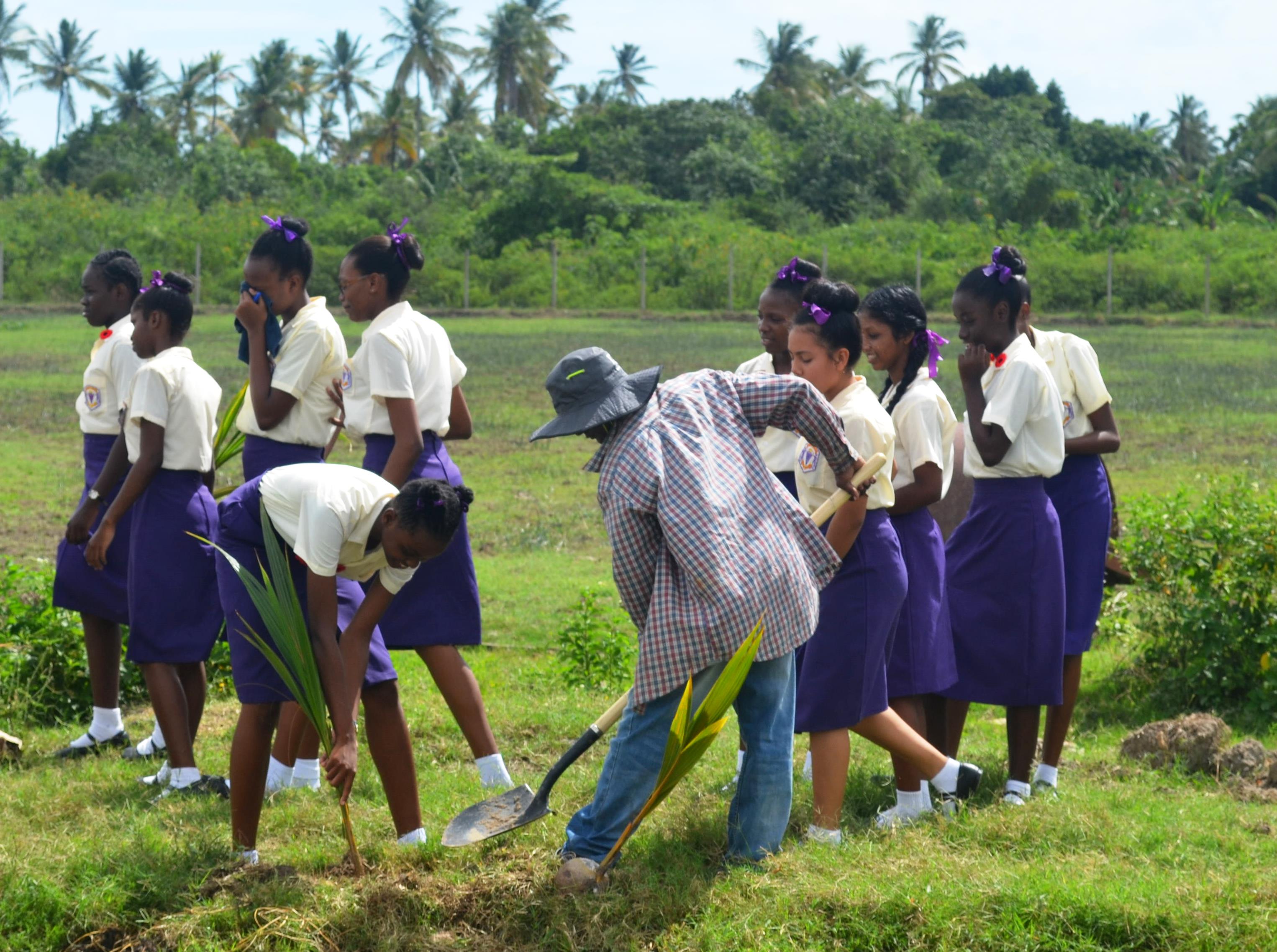 Students during the planting exercise

The Hope Coconut Industries Limited will also be responsible for the fertilization, spraying, and cleaning of coconut plots for a period of 18 months, which also happens to be the variety of trees that are being planted in this first phase. The second and third phases will see the planting of 3 and 5-year varieties respectively.