The Ministry of Agriculture in collaboration with the Food and Agriculture Organisation (FAO) today launched the Steering Committee Meeting at the Ministry’s boardroom, Regent Street. 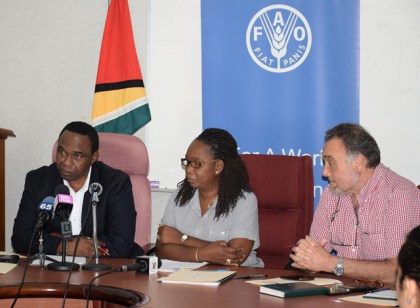 According to the Permanent Secretary (ag), Joylyn Nestor-Burrowes the Agriculture Ministry and the FAO with funding from the Inter-American Development Bank (IDB) will conduct an agriculture census, to address weaknesses and gaps in the current agricultural statistics and to improve agricultural data collection.

The Ministry of Agriculture has been selected by the government to be the implementing arm for the census; to be executed under the national oversight of the Bureau of Statistics.

“We need to put what is referred to as a sub-layer framework for the management and implementation of the census, where all decisions that would be made on the census will be done by this body that has the administrative authority given by the National Bureau of Statistics,” FAO representative, Reuben Robertson said.

The last agriculture census was conducted some sixty-five years ago, hence the need for a new one. “The census will provide a picture of the country’s agricultural sector for the reference date. It will also yield sampling frame for the design of probabilistic surveys, benchmark data for the follow-up and evaluation of agriculture policies and projects, thus becoming an integrated national agricultural statistics system,” Nestor-Burrowes said.

The census will aim to increase the country’s capacity to monitor agricultural policy areas like food security, higher and sustainable income for farmers, ensuring better prices for agricultural produce, for facilitating access to domestic and international markets and increasing farm mechanisation, among others. 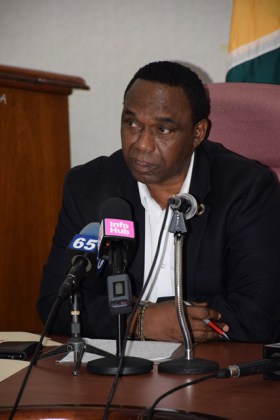 It will also provide a framework for the overall social and environmental dimensions of agriculture and rural development including aspects relating to health, education, housing, rural development, water supply, electrification of rural areas and transportation networks. 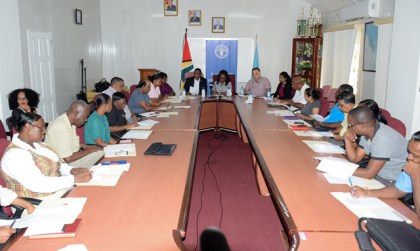 Stakeholders attending the launch of the Steering Committee Meeting at the Agriculture Ministry Boardroom.

The Agri-Ministry, FAO and other stakeholders have been building capacity to understand the context of which an agriculture census will be conducted.

“To be able to implement an agriculture census, all of the stakeholders must be on the same page…we have been working with the agriculture ministry to develop a comprehensive project document which points to the scope of the agricultural census and the cost,” Robertson underscored.

Preparation of the project document has been arranged and the government has received approval from the IDB for the financing of the census. The administration has since recommended that FAO be the service provider for the implementation for the census. This, however, is still in the negotiation phase.

Robertson explained his organisation is planning ahead, as there are critical timelines for certain activities prior to implementation of the census. These include workshops with stakeholders and training sessions.

The composition of the steering committee will consist of major stakeholders of the Ministry of Finance, National Bureau of Statistics, Ministry of Agriculture and representatives from the farming community.