With government placing major emphasis on gaining more markets for Guyana’s rice, the Guyana Rice Development Board (GRDB) is pushing for the release of 15 new strands of aromatic rice varieties which is currently undergoing a testing phase.

During the Rice Board’s annual Farmers’ Open Day the potential of the yields was emphasized during a tour of the trial plots at the GRDB’s Research Station, Burma, Mahaicony.

These 15 strands are part of a pool of 65 varieties that are currently in a trial phase to develop their properties which can increase production and make them more marketable to rice farmers, once successful. 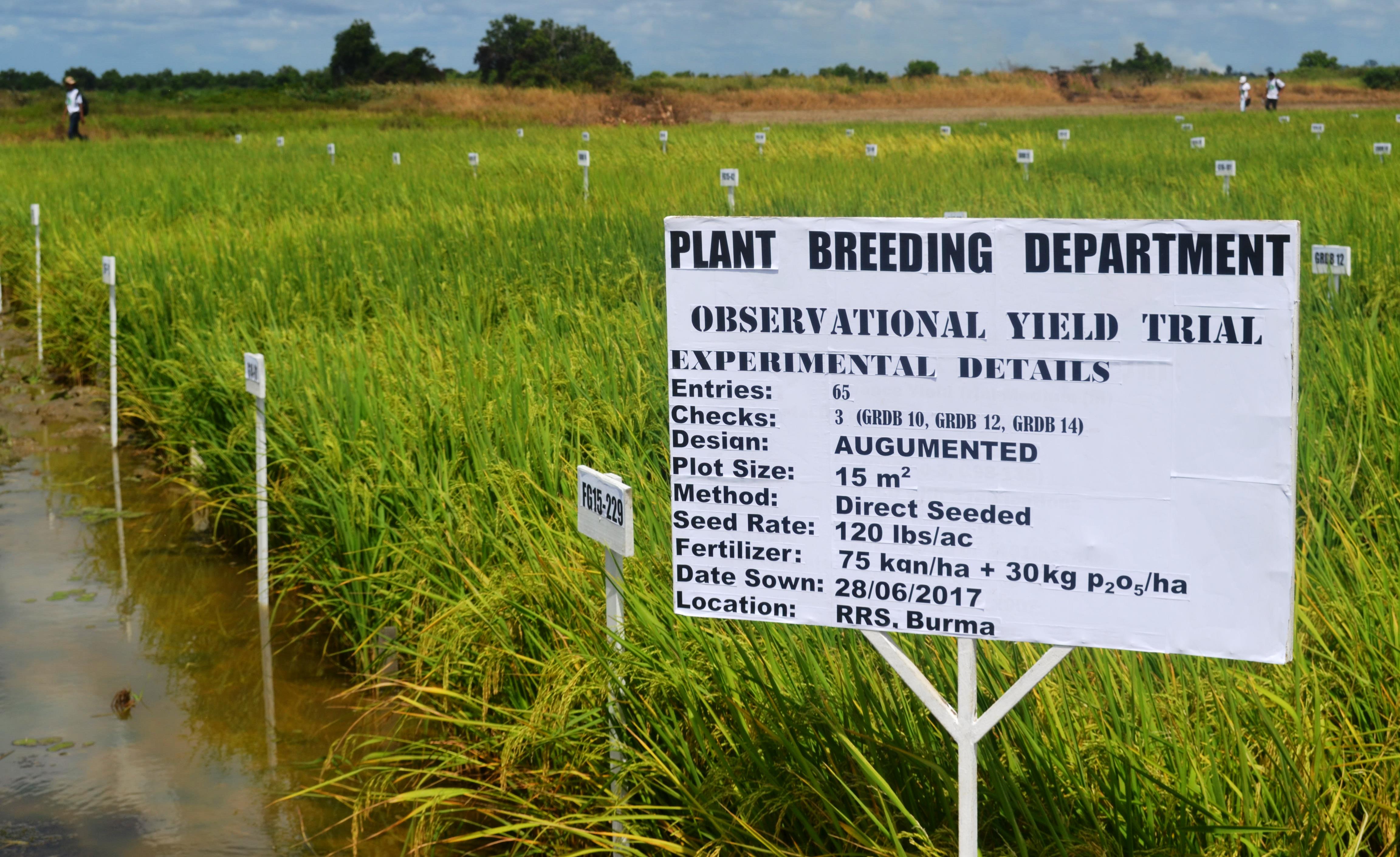 The 65 varieties under trial at the research station

The event, which attracted scores of rice farmers from across the country, secondary school students and other members of the community, saw research officers conducting field tours to educate persons on best practices, the ‘science of rice’ and other areas of rice research, development and production.

This year, the emphasis was placed on showcasing the aromatic strands that are currently under trial, as more farmers are encouraged to venture into cultivating these high valuing varieties. Thus far, farmers have recorded successes in the rice variety, which has a high market value. 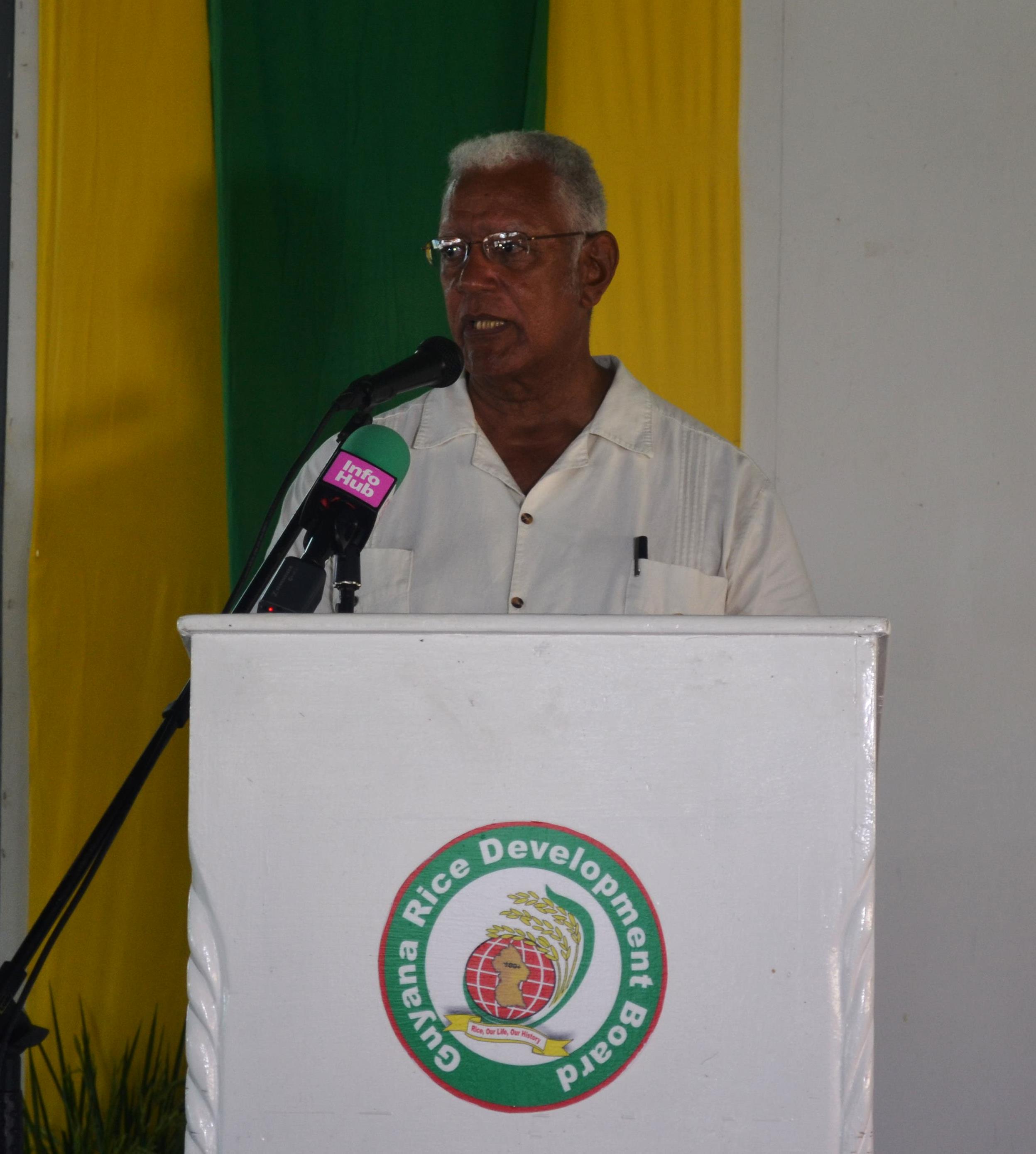 Agriculture Minister, Hon. Noel Holder during his feature address spoke of the government’s commitment to securing additional markets for Guyana’s Rice alluding to the benefits of such varieties.

“This year we have seen rice going to Cuba and Mexico. This is the result of a continuous effort by the GRDB and exporters to expand the market base for Guyana’s rice. We have seen the effect of these marketing efforts on the price farmers are receiving at the mill. while we continue to seek out more markets that will offer high prices for Guyana’s rice. I would also like to encourage you to plant aromatic varieties. These varieties have shown their dominance in the world market with prices averaging the US $700/tonne.” Minister Holder said.

For the 2017 autumn crop, farmers have received an increase in prices ranging from $36,912- $50,754 per mt ($2,400-$3,200/bag). Aromatic varieties are known to attract premium prices on the world market because of their nut-like aroma and taste with the grains, when cooked, having a lighter and fluffier texture as opposed to other varieties. 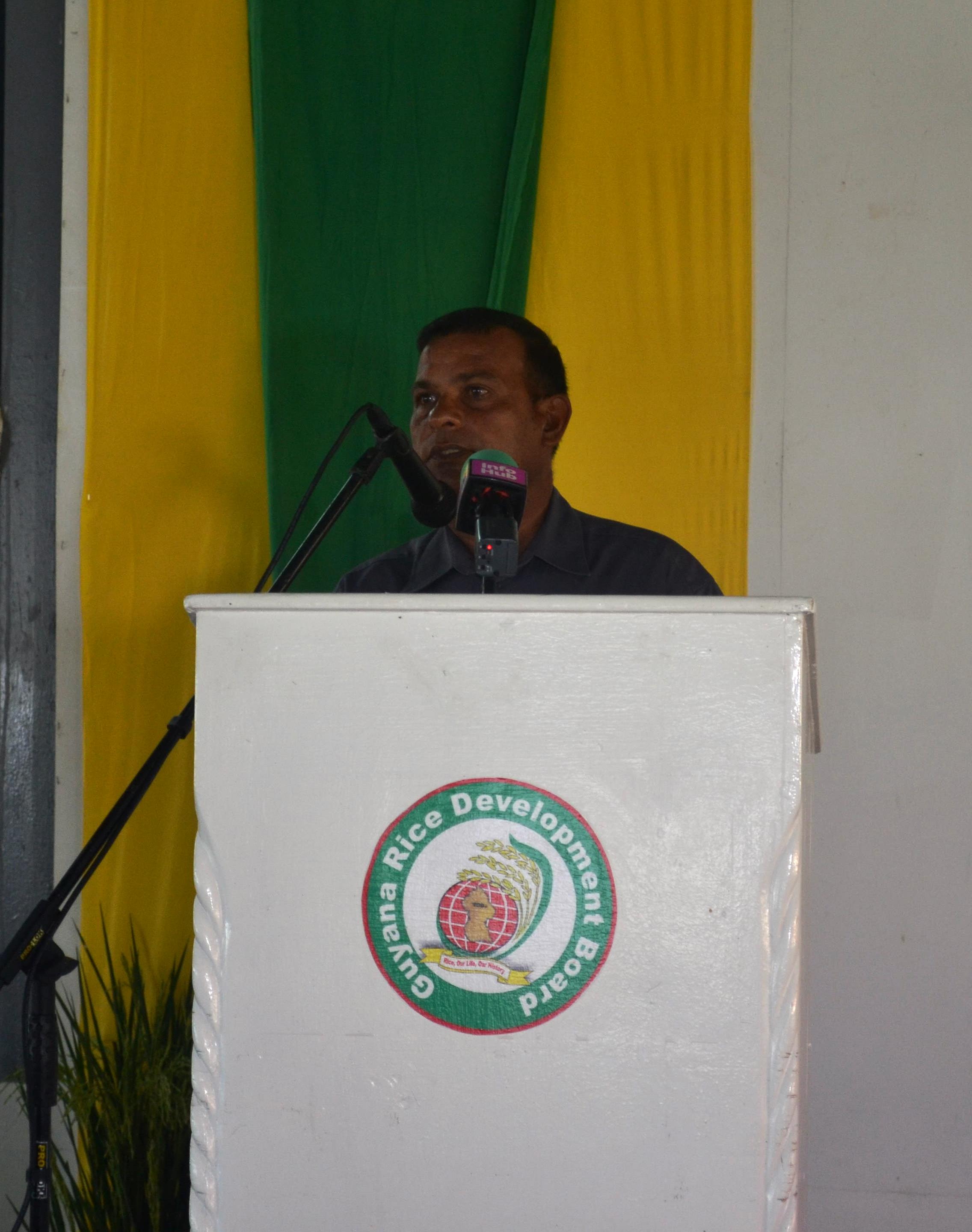 GRDB Vice Chairman, Leekha Rambrich said that the work of the Research Station is evident given the fact that rice production across Guyana has improved.

“In most areas across the country, yields are improving so the work of the research station is helping farmers improve what they were already achieving. Farmers are encouraged to exercise best practices. We need to move ahead of the ‘six points’ technique and see what additional techniques can be used to better ourselves which will, in turn, put more money in our pockets.” Rambrich said. 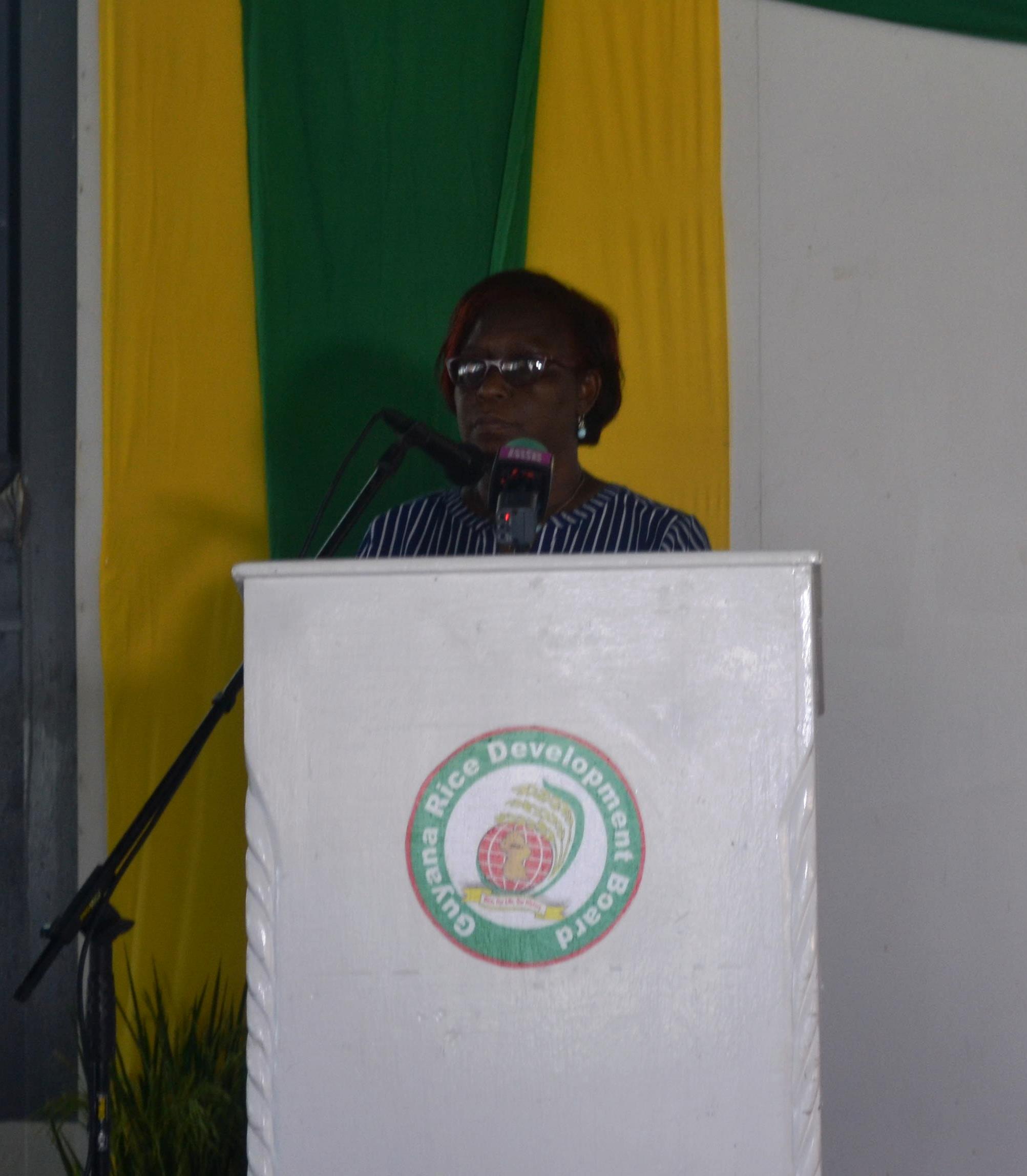 Meanwhile, GRDB General Manager (ag), Allison Peters, called for closer dialogue between farmers and research officers so that the needs of farmers can be better championed.

“It is important that we work together. We are in this together and we are in this to succeed. If the extension officers were to better understand the issues farmers would be in a better place to be advised on the alternatives which exist, as it relates to new varieties,” Peters said.

Annand Ramdowar, a rice farmer from Cane Grove, described the open day as a “good process” adding that the services offered by the rice station have helped him improve his yields.

He also expressed his satisfaction with the increase in the price for paddy, adding that it shows government’s commitment to improving the livelihood of rice farmers of the country.

Boosting the capacity of the Research Station

To ensure improved bags per acre, stronger emphasis must be placed on the development of state of the art yields, which can withstand severe weather conditions, which have been evident.

According to the Agriculture Minister, the research station has undergone a significant transformation, which will be the release of the new varieties which can withstand severe climatic conditions. 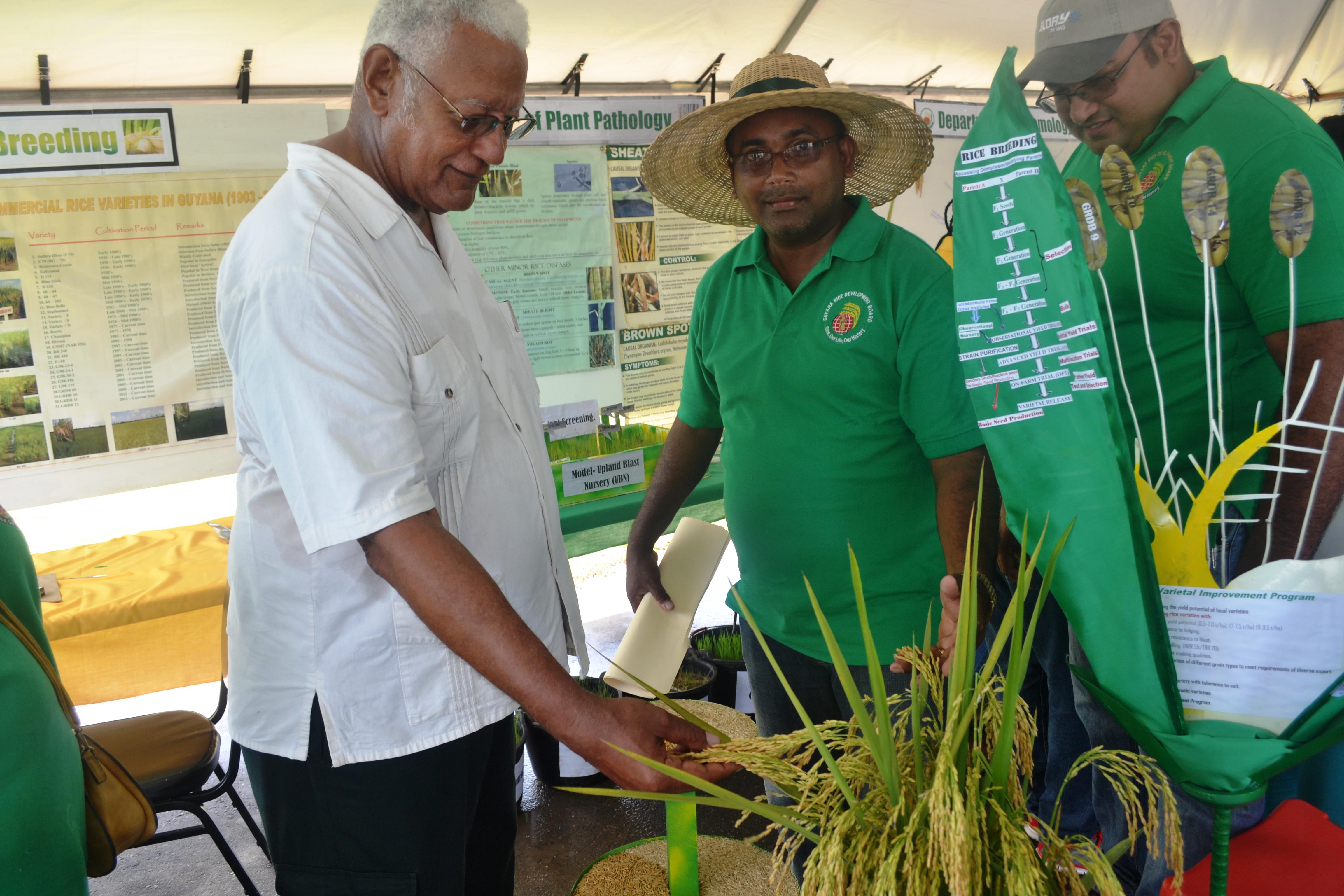 “A new Candidate Variety is currently being tested in farmers’ field to ascertain its commercial value at farm level for a possible release by the end of the first crop 2018. The new variety promises to yield even more than GRDB 10 and is proving to be tolerant to lodging,” he said.

The rice industry has made significant progress due to research, however, in a world where the impact of climate change is a major challenge to production and productivity the need for a string research body is paramount. 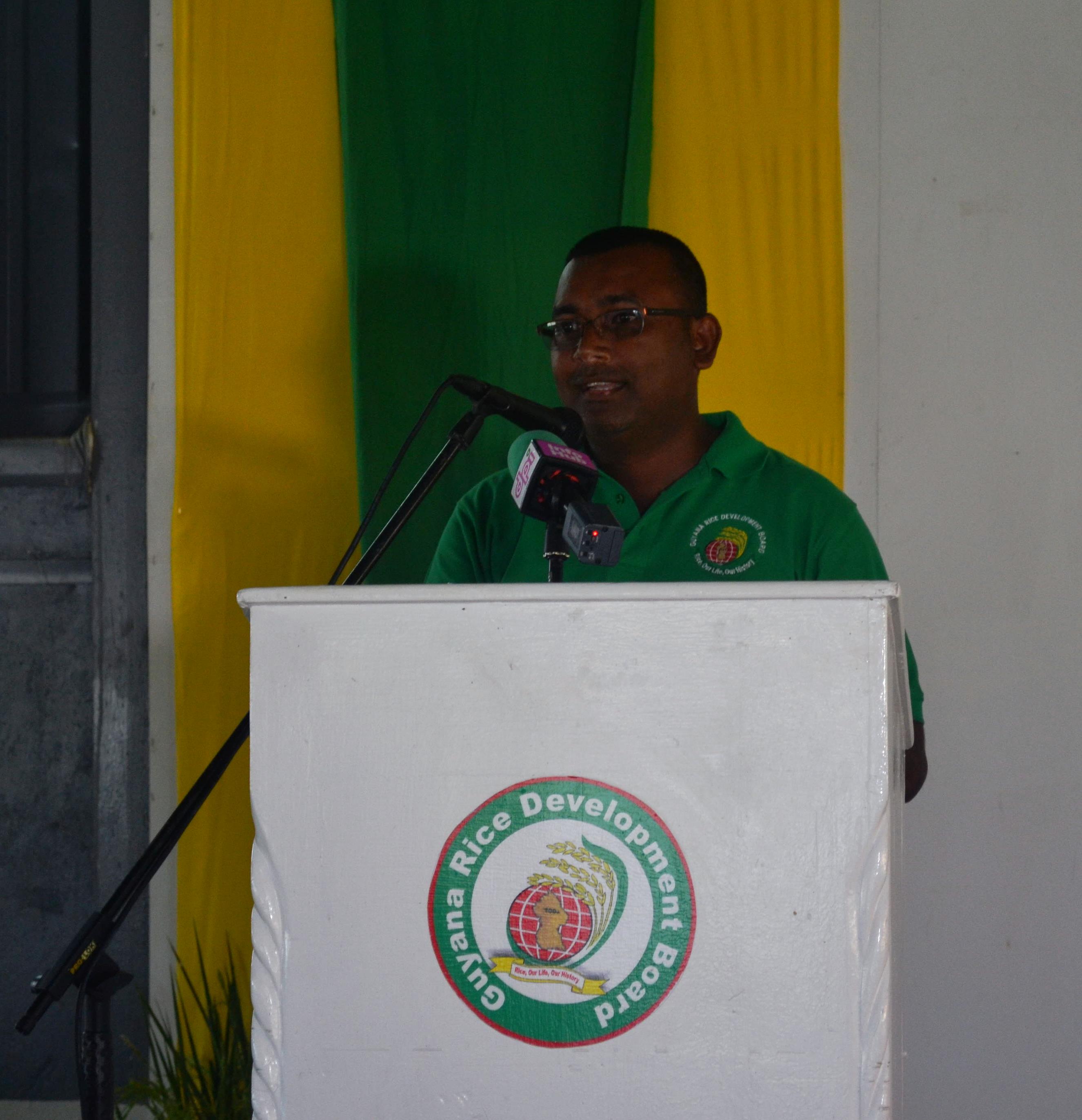 GRDB Plant Scientist, Dr. Mahendra Persaud in speaking of the work of the station in ensuring that strong rice yields are made available. However, he echoed a call for farmers to practice proper field husbandry to complement the variety’s potential.

The new variety that is scheduled for release next year is expected to possess higher yields, stronger pest and disease resistance properties and a tolerance for salt, drought and flooded conditions. 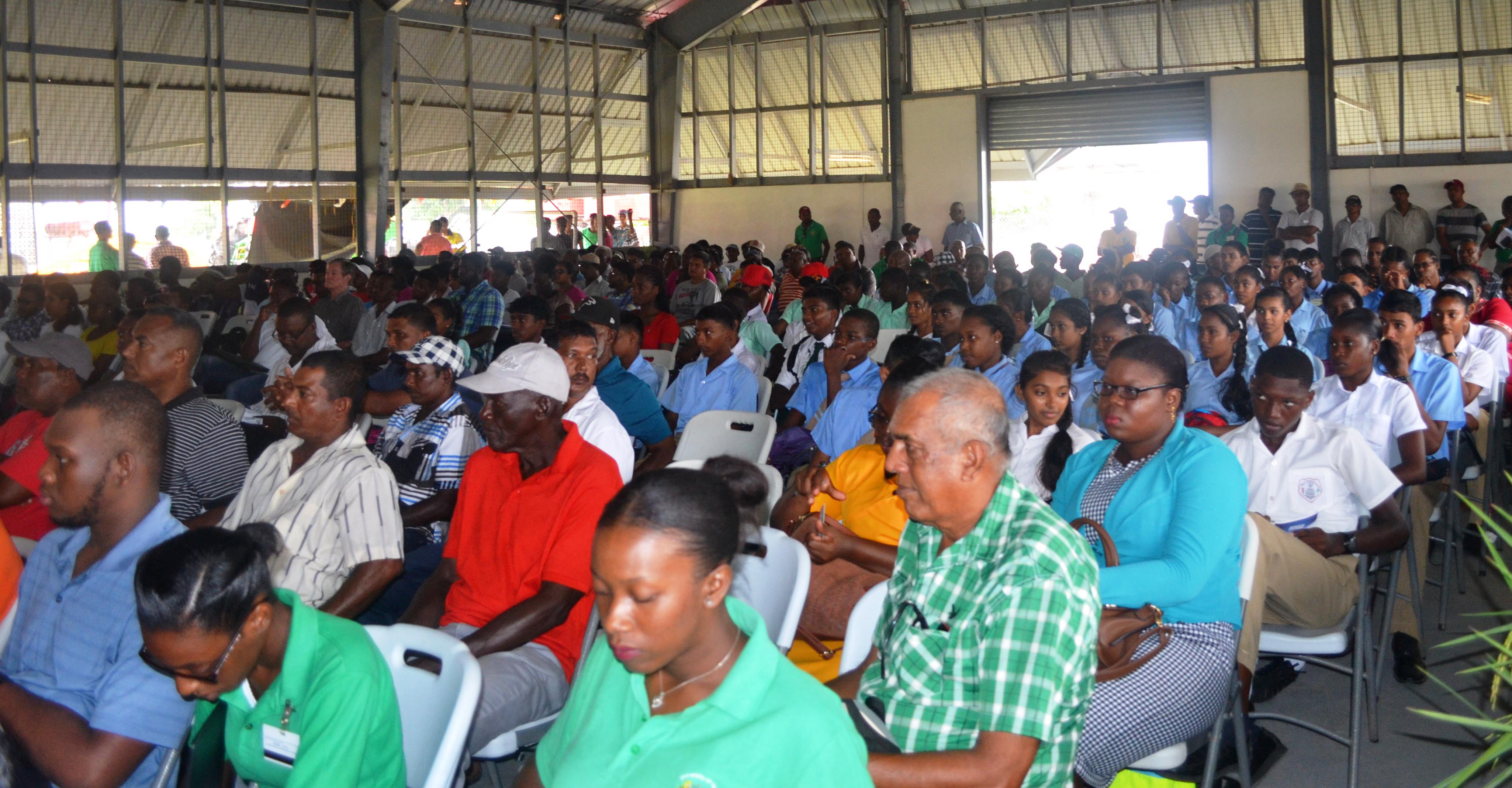 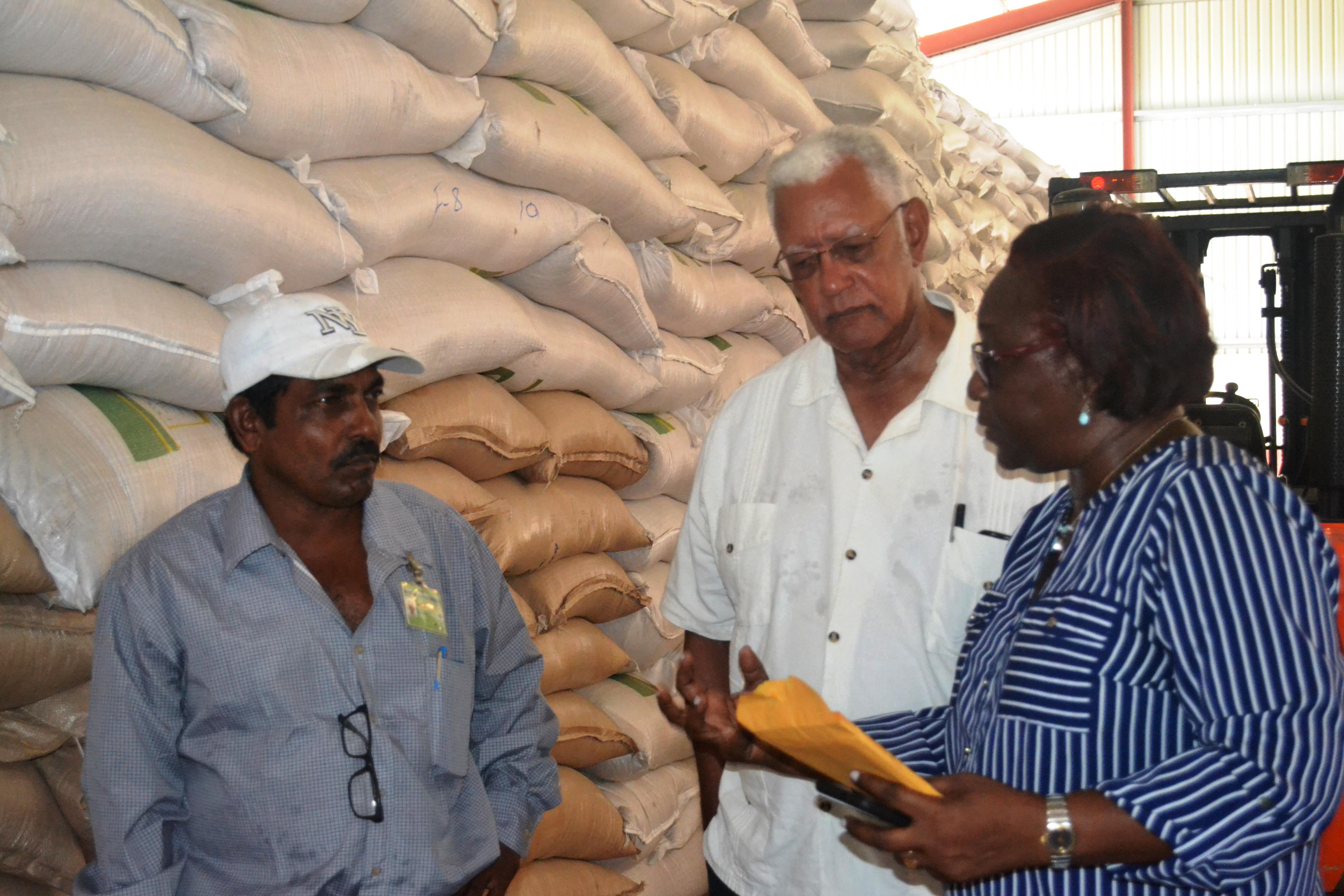