The Ministry of Agriculture, with much pomp and ceremony, pulled off two auspicious observances in keeping with Agriculture month activities over the weekend. These were the commissioning of the Turmeric Factory in Hosororo and the observance of National Tree Day at the Wanina Green Park in Mabaruma in Region One. 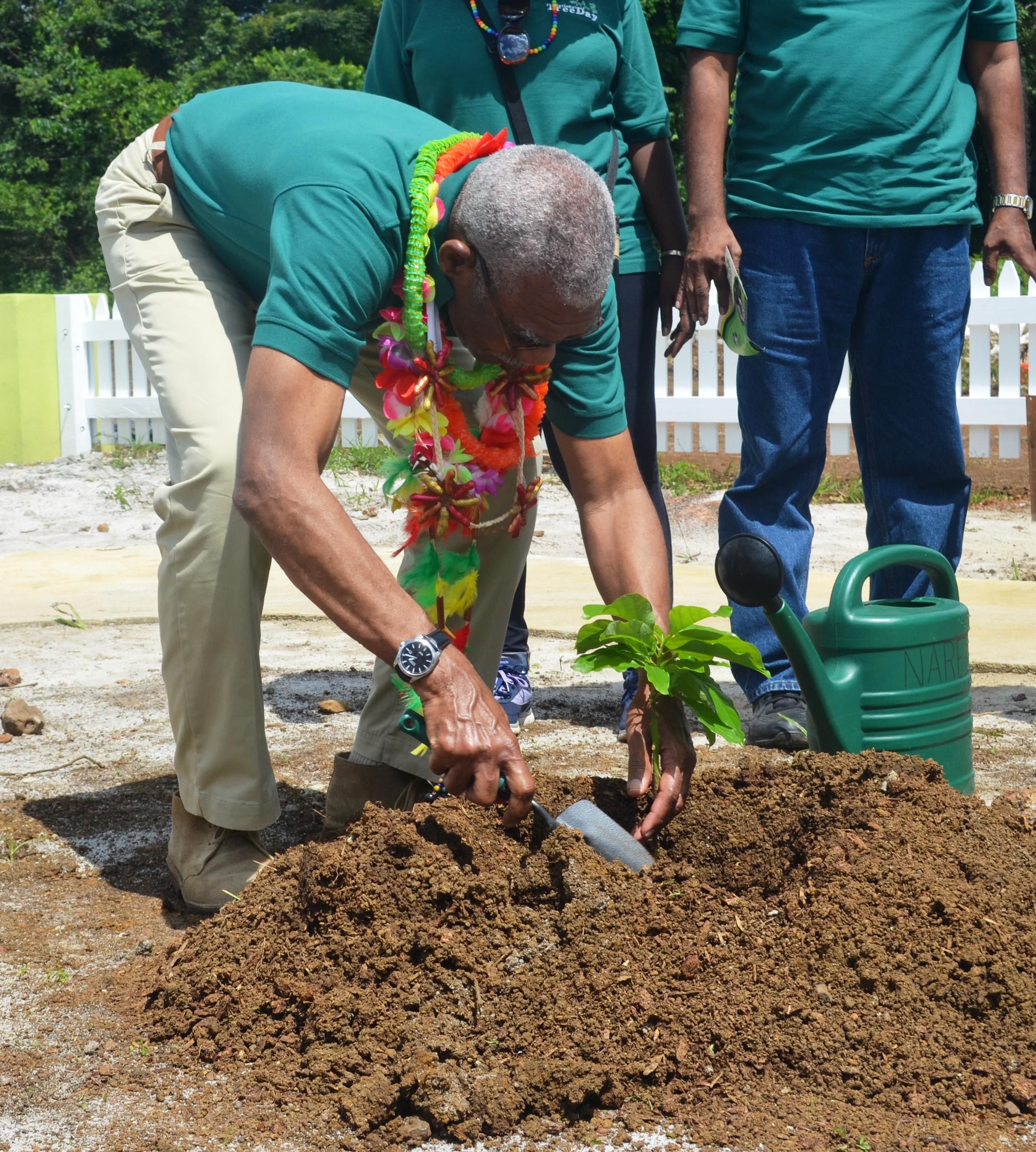 Region One, more specifically the town of Mabaruma welcomed President David Granger, who was tasked with charging the residents to embrace hinterland agriculture.

Hinterland agricultural development will remain the focus of the Agri-Ministry even after the Agriculture Month observances conclude. Starting with the observance of National Tree day, this year it was held under the theme ‘Sustaining Bio-diversity: Plant a tree’. In this regard, a number of fruit trees were planted at the Wanina Green Park in Hosororo, Mabaruma Region One.

This location was chosen for this activity since the ‘Green Park’ will also be considered for recreation and sports in the near future. Moreover, the town was urged to embark on a Tree Action Plan (TAP) which will cater to the natural regeneration of plants and replanting native plants.

The President told the residents, “Today’s exercise has a specific objective… Tree planting day provides us with an opportunity to inform and inspire all Guyanese to care for trees.”

Other ministers present, Minister of Agriculture Noel Holder, Minister of Indigenous Peoples’ Affairs Sydney Allicock and Minister of Communities Ronald Bulkan all shared similar views on the government’s move to transfer agriculture production to the hinterland. 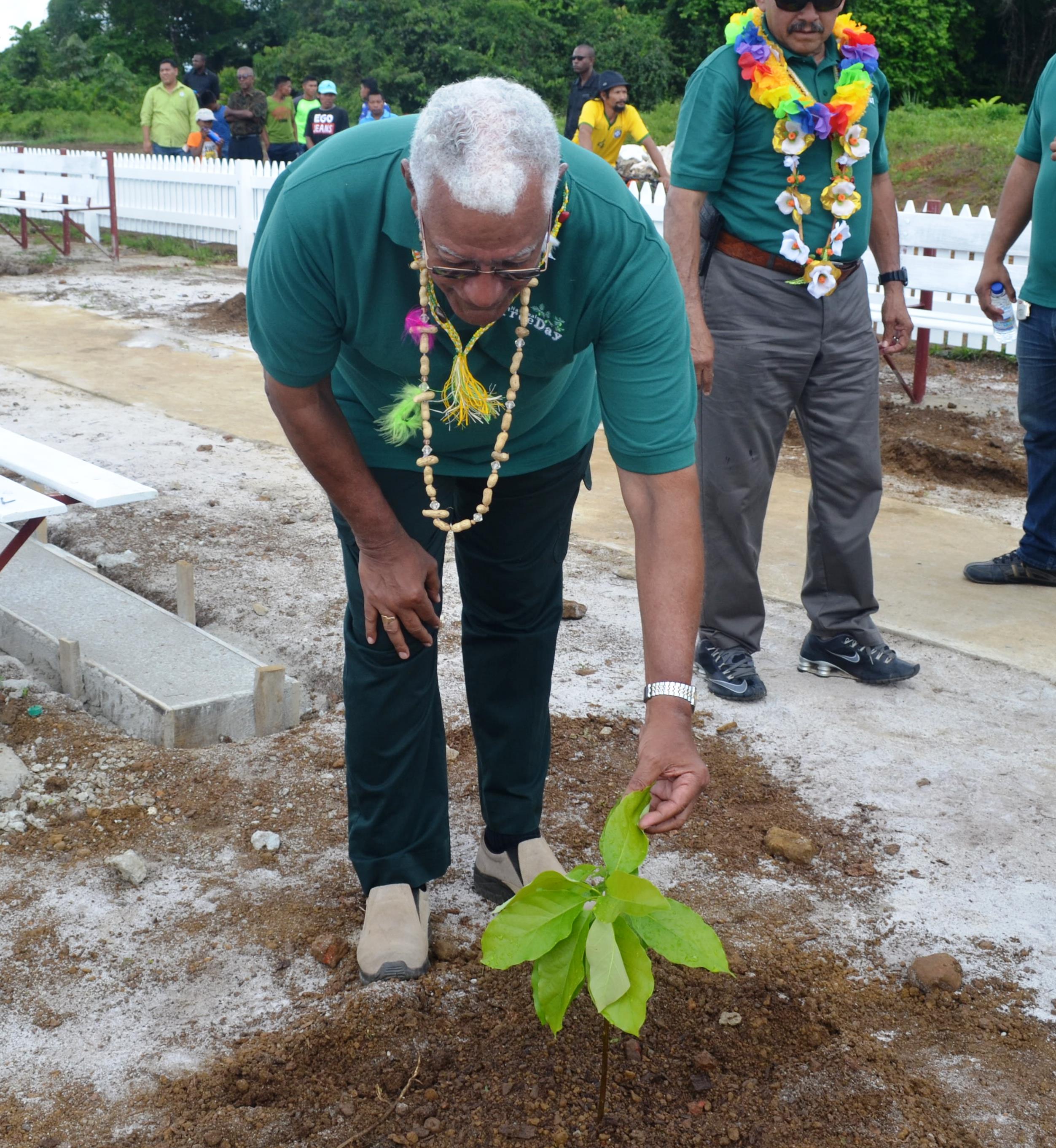 “The changing patterns of climate can potentially have severe impacts on agricultural productivity both ecologically as well as economically… these changes will require an adjustment in planting dates and crop varieties using dynamic tools for crop relocation,” Minister Holder said.

Meanwhile, Minister Bulkan remarked that the observance of national tree day is a response, by government, to the issue of climate change which affects the entire planet. 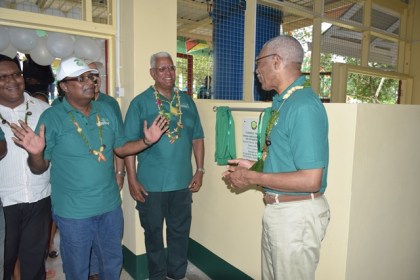 As the National Tree Day activity concluded, attention was shifted to the commissioning of the highly anticipated turmeric factory located in Hosororo, also in Region one.

Research Scientist of the National Agricultural Research and Extension Institute (NAREI), Ramnarace Sukhna who is responsible for the spice programme said that the commissioning of this factory means that spice production will not only be resuscitated but it will also be sustained since farmers will now be sure of a market through this process

He added that the fresh turmeric rhizomes, which will be processed, will be readily available for export to neighbouring districts and regions. In addition, he visualized the processed product in markets throughout other parts of the country including Georgetown. 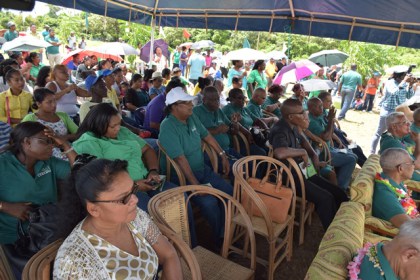 Some of the persons in attendance at the Tree Day observance.

When the Depart of Public Information (DPI) spoke with residents and turmeric farmers, their greatest concern was being assured of markets. Peter Nazir, a turmeric farmer of Kamwatta, Region One, said that his concern, before expanding turmeric cultivation, was the assurance of adequate markets.

NAREI’s Chief Executive Officer, Dr. Oudho Homenauth, remarked that approximately 50 acres of turmeric are under cultivation by 30 farmers. As demands increase, so will the plots, to be put under cultivation. This means that markets will be sought after for the sale of the processed turmeric.

“It was mentioned, what we can earn in the region, what the farmers can earn from this venture here. This means that all the funds, all the money will remain in this region for the development of the people of this region and the region itself as a whole.” Dr. Homenauth explained.