First of its kind farmers’ market gets positive response

Published May 27, 2017
Several small business owners and upcoming entrepreneurs expressed their gratitude for being a part of the Farmers’ Market day initiative. This event is one of the many planned to ensure that the 51st Independence Anniversary was a memorable one.
This was made possible through the collaborative effort between the Ministries of Agriculture and Business and included specific opportunities offered by the Small Business Bureau (SBB).
Dr Simon Da Silva attached to the Ministry of Communities, told the Government Information Agency (GINA) that the event was aimed at creating a network whilst providing an opportunity for farmers, as well to generate added income.
Dr. Da Silva added that the market was also to allow persons the opportunity to learn about the different stages and aspects of agro business.
“What we (Ministry of Communities) are displaying here at the Farmers’ market is the government’s green agenda in keeping with the United Nations Sustainable Development Goals (SDGs) that our President has placed much emphasis on. This displays the local level to the regional level and the national level that we must green up our communities, so this market will help us to empower each other to do what is good for the country by working cohesively,” Dr Simmon explained.
A representative of the Guyana Livestock Development Authority (GLDA) said that the response received by the persons who visited the market has been great, especially since persons arrived before the booths were opened.
The  GLDA’s booth sought to create awareness of the services offered at the agency and to provide information about livestock development.
The booth displayed ducklings, chicks and even roosters, while brochures were also distributed.
It was highlighted that most persons who visited the booth were considered as urban shoppers since they live in Georgetown.
A representative from the National Agricultural Research and Extension Institute (NAREI) said that the agency’s aim for establishing a booth was to encourage all of Guyana to get back to the place of having their own kitchen garden and also to use live decorative plants to boost a green environment.
It was noted that persons would be given plants by the Ministry of Communities to start their own garden in keeping with the Government’s green agenda. 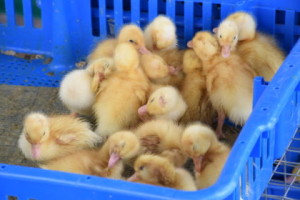 Ducklings on display in GLDA’s booth 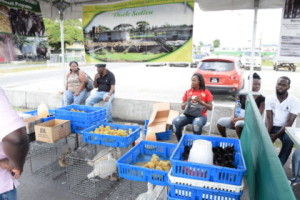 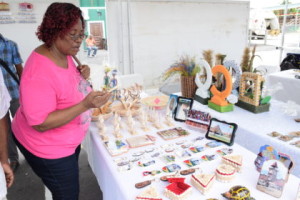 A patron at one of the craft booths 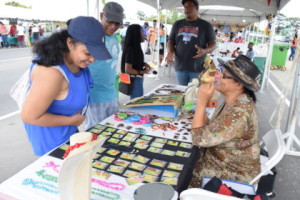 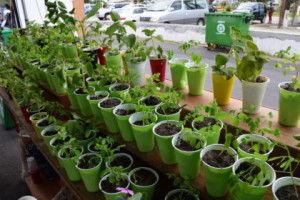 The plants offered by the Ministry of Communities