The Guyana Livestock Development Authority (GLDA) of the Ministry of Agriculture today, met with livestock farmers, butchers and law enforcement officers of Regions Five and Six. The purpose of the meeting was to have discussions on the slaughter Act which governs the slaughtering of cattle in Guyana.

The objective of this exercise was to identify existing legislations in Guyana pertaining to the slaughtering of cattle, and to enlighten farmers and butchers of their responsibilities with regards those legislations. 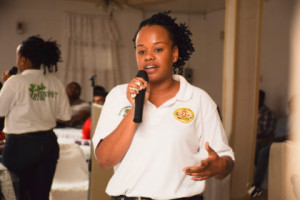 Corporate Secretary of the GLDA, Monique Ifill presented to those in attendance basic facts that must be considered by the stakeholders once involved in this aspect of livestock agriculture. Extracts presented were taken from the Slaughter of Cattle (Control) Act Chapter 71:09, Cattle Stealing Prevention Act, Miscellaneous Licences Act, Produce Protection Act of Guyana, Georgetown Abbatoir By-Laws and Animal Health Act.

It has been recognised that the system of enforcing these laws especially in the two regions are as a result of a number issues prevailing with regards to management and support of laws. One of the main issues highlighted by the law enforcement officers was the limited compliance by farmers and butchers in the ‘B’ division.

Other stakeholders noted that there is need for some of these laws to be reviewed since most of them are outdated and do not apply to modern day practices.

Meanwhile, law enforcement officers said that butchers, as well as farmers, must become familiar with the laws and legislations applied to this particular sub- sector of agriculture.

Ifill’s presentation outlined the process for slaughtering cattle and specified that that not all cattle are slaughtered.

The importance of cattle branding was emphasized. Cattle branding is the marking of livestock as a means of identifying an animal and determining ownership. 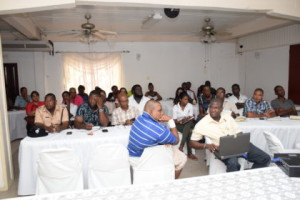 Some the stakeholders in attendance

One of the challenges with this is that the Cattle Stealing Prevention Act specifies that cattle should be branded by the farmer within six months of its birth or 28 days after purchase. This is to allow law enforcement officers to verify that cattle were not unlawfully acquired.

Also the Act specifies certain parts of the cattle where a brand can be placed. Branding should also be approved by police officers within the respective divisions.”

Other laws state that only certain types of cattle must be slaughtered. This gave rise to the question of reducing supplies to the market. One butcher said if they were to only slaughter bulls then they would not be able to meet the market demand.

Ifill said the purpose of this particular aspect of the slaughter Act  is to serve as a method of preserving cattle’s sustainability. From time to time farmers and butchers do not comply with that particular law, but law enforcement officers repeated the need for either a revision of the law or more stringent enforcement measures. 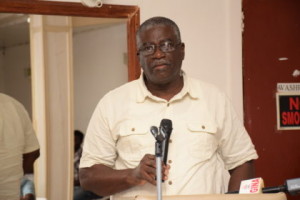 GLDA’s CEO, Nigel Cumberbatch said that since Guyana does not have a recent agricultural livestock census, farmers are unsure of what the surrent cattle population is in the country. The Sustainable Agricultural Development Programme (SADP) which was launched earlier this year, will bring correction to this issue.

The SADP will facilitate the agriculture census. The census will focus on Guyana’s vital agricultural sector, providing information to planners and policymakers who will have an understanding of the progress and future prospects of all agricultural industries and their products, and of farm practices

“The slaughter permit Act came in as a result of the decrease in animal population. I think  we need to recognise that if we don’t monitor the animal population, we will at some point in time find ourselves without any animals,” GLDA’s CEO explained.

Other pertinent areas affecting stakeholders present at the meeting were highlighted. These issues included animal diseases, cattle rustling (stealing) which is rampant in Regions Five and Six, the importance of Livestock Extension and Government Veterinary Officers in the area and the need for greater collaboration among butchers, farmers and law enforcement officers to improve production in the cattle sub- sector.