The Ministry of Agriculture and the Chinese Embassy in Guyana today inked an agreement which paves the way for the advancement of the fisheries sector. As part of the agreement, the Chinese Government will be assisting Guyana in the areas of training of its technical officers and the completion of a feasibility study which will serve as a guide to advance aquaculture production.

The team who will be visiting the Satyadeow Sawh Aquaculture Station at Mon Repos and fish farmers in Regions 2,3, 5 and 6, will also be working with technical officers in the Fisheries Department by conducting practical to boost fingerling production.

During the meeting, a Partnership Agreement was also signed by Permanent Secretary (ag), Ministry of Agriculture, Mrs. Joylyn Nester-Borrowes and  Counselor, Economic and commercial Officer, Chinese Embassy, Mr. Shen Huiyong. The Agreement among other things will facilitate a training exercise for technical officers and fish operators in September 2017. 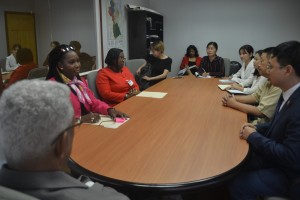 According to the Minister, this initiative is the latest in a string of similar initiatives by donor countries, multilateral financing institutions and the Government of Guyana to not only diversify agriculture but boost exports.

The Fisheries department this year will be working directly with farmers to pioneer new technologies and increase productivity through the improvement of fingerlings and building ties with new markets and buyers for the sector.

In 2016, the Satyadeow Sawh Aquaculture Station produced 114,705 fingerlings as opposed to 77,694 produced in 2015. Already for this year (first quarter), the production of  15000 fingerlings has already been recorded as the department continues to make strides by assisting farmers to not only access larger quantities but diversify their income, increase earning and create new jobs.

In the Caribbean, the fisheries and aquaculture sector is a major economic contributor to domestic markets. It is also a significant employer with about 116,000 people directly and over 225,000 indirectly employed.

The collaboration between the Chinese and Guyana governments was lauded by the Permanent Secretary (ag) who pointed to the fact that much has been achieved and continues to be done to advance the industry. 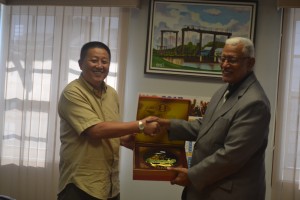 The Fisheries Department according to Mrs. Nestor-Borrowes this year will also be expanding its operations in the hinterland as focus in placed on the development of inland fisheries and aquaculture in Regions 1, 7, 8, 9 and 10.

“Among the key highlights, the program will see the implementation of the Arapaima Management Plan and the active involvement of stakeholders in the Aquaculture and sports fishing,” the Permanent Secretary (ag) said. 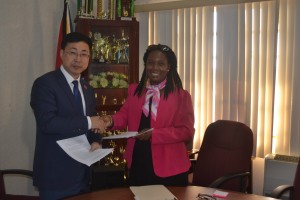 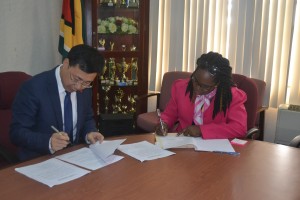 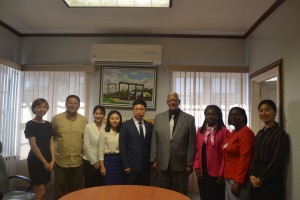