Three new pumps for Buxton by end of 2017

Buxton villagers, especially farmers would no longer be affected by severe flooding after the installation of three pumping units during the course of this year. Ministry of Agriculture senior officials gave the assurance that the village, which is situated along the coast, will benefit from the construction of two pump stations that will facilitate the three pumps.

Chief Executive Officer of the National Drainage and Irrigation Authority (NDIA), Frederick Flatts told the Government Information Agency (GINA) that flooding in Buxton has remained a major issue for residents for a number of years.  The Flood Risk Management Programme will be responsible for constructing one of the pump stations while the NDIA will be responsible for the construction of the other.

“It’s designed to have two 100 cusec pumping units so that’s two pumps. In addition to that, (another) is to be constructed by the Flood Risk Management Programme that will be placed at the boundary between Vigilance and Friendship, so Buxton would actually have three pumping units unlike what some other persons are guessing.” Flatts noted.

The construction of these pumps stations is expected to commence shortly. The final design report for the project has been submitted to the Ministry and is expected to move to its bidding and tendering stage soon. 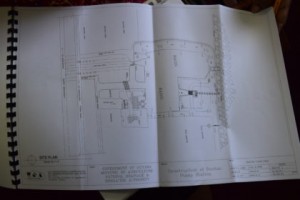 Minister of Agriculture, Noel Holder supported the NDIA saying, “The Buxton area, will be getting three pumps, one of which I think will be a World Bank or IDB loans and will be at Hope/Enmore, one at Lusignan, one at  Buxton but then there is another set of pumps, we will be putting two in the Buxton area. So Buxton will get three pumps rather than the one.”

The NDIA CEO further explained that, “there are a number of things that have been done and would be done. In the last quarter of last year we cleaned three or four channels from the front going about half way down to the back, part of the problem with that is that when the channels are cleaned the water will come down quickly.”

Flatts also pointed out that there was a breach at the Middle Walk Canal channel door which allowed water to get into the drainage system therefore affecting residents with flood waters. In spite of this, works are still being undertaken to alleviate the flooding.

“In addition to that there is a programme, a programme called RAID, Rural Agriculture Infrastructure Development Programme which all the drains in the Buxton area will be excavated and dams will be built, it will even be helping the farmers to clear some of the land to plough the land so there is a lot that will be done for Buxton in 2017” the CEO highlighted.

Minister Holder also noted that the NDIA will be working without bias to ensure that all areas along the East Coast are attended to so as to prevent future occurrences of flooding. “Now in certain villages, in our opinion, the opinion of the Coalition, were marginalized by the previous administration and Region Four suffered very heavily during that period and villages like Mocha, villages like Buxton and Region Five, villages like Ithaca.”

The Government of Guyana, in 2017 will be seeking to acquire 12 pumps for flood prone areas along the coast in Essequibo, Demerara and Berbice. Additionally a new dredger is expected to be introduced which will improve outfall channels’ capacity to carry water, significantly decreasing the possibility of flooding especially along the coastland.