Agriculture sector shines though underperformance seen in some sectors

The agriculture sector’s performance has been satisfactory despite the challenges that it has faced in 2016.

Minister of Agriculture Noel Holder hosted a press briefing today, in the Ministry’s Boardroom, Regent Road and Shiv Chanderpal Drive to update the media on the achievements of the various agencies under his ministry said, “By and large the sector in my opinion has not done too badly at all,” Minister Holder said.

The sector is made up of a number of subsectors namely rice, sugar, livestock, other crops, fisheries, hydrometeorological services, drainage and irrigation, and pesticides and toxic chemicals control.  Minister Holder brought the media up-to-date on the sector’s achievements for the year. ‘ 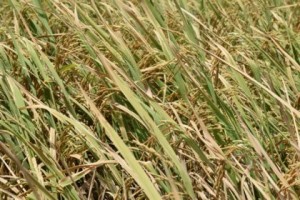 Aromatic rice just before harvesting. The Guyana Rice Development Board (GRDB) is intensifying efforts to produce this variety. 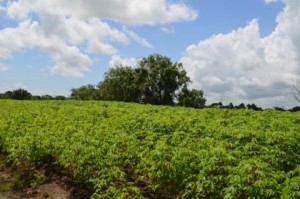 A cassava field at Parika Backdam. The government has increased emphasis on cassava production.

Minister Holder noted that this sector was a success amidst ever growing challenges in 2016. Some of the highs and lows of the sector included:

For the year 2017, the Guyana Rice Development Board (GRDB) will be working to address issues of production by offering farmers the necessary incentives to ensure they return to the land, Minister Holder pointed out. There will also be increased emphasis on value added production in 2017 for specialty rice varieties.

Minister Holder pointed out that the sugar industry is no longer profitable as it is.

The Guyana Sugar Corporation (GUYSUCO) has been unable to self-reliantly secure the future of the industry. Government has been subsidising the operations of the industry in 2016 to the tune of $9B.

Some of the problems plaguing the industry include:

Despite these problems the industry has been able to:

Minister Holder noted that an invitation has been extended to the opposition and other stakeholders to determine the way forward for the troubled industry. “We have proposals, and we hope to discuss these with the opposition on Saturday…as well as GAWU, NAACIE and the Guyana Labour Union…and have it fleshed out… and get a feedback from them,” Minister Holder said. 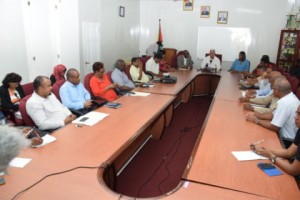 The other crops’ sector is considered vital to the country’s economy. Through the National Agricultural Research and Extension Institute (NAREI), the Ministry of Agriculture’s accomplishments for 2016 include:

Crop diversification is an ongoing exercise.

Guyana is self-sufficient in poultry production. In 2016, production increased by 5 percent over 2015 to 32 million kilograms.

The Guyana Livestock Development Authority (GLDA) the agency within the ministry for the livestock sector has recorded the following achievements for 2016:

Minister Holder noted that the fisheries sector has established fundamental building blocks over the years. In 2016, the sector recorded positive growth of 11 percent.

The fishing industry is becoming the nation’s largest food industry and is a major contributor to Guyana’s economy. The industry is a very important sub-sector that continues to grow in economic importance in Guyana.

The National Drainage and Irrigation Authority (NDIA) focused on improving and upgrading drainage and irrigation services countywide, thereby enhancing the competitiveness of the various sectors and improving productivity.

“The NDIA is expected to be more proactive in 2017 with the introduction of a dredge for clearing outfall channels, thereby significantly decreasing the possibility of flooding along the coastland,” Minister Holder noted.

The Pesticides and Toxic Chemicals Control Board (PTCCB) continued to execute its mandate through the management of pesticides and toxic chemicals in Guyana. During 2016, the monitoring of imports of chemicals saw:

The Ministry of Agriculture has also been building the capacity of the Guyana School of Agriculture (GSA) to produce globally recognised agriculturists and support agricultural development through training and education awareness. 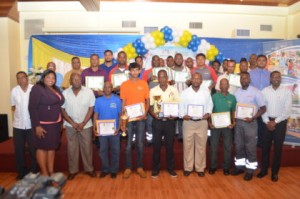