Specialty rice seed paddy to be grown at Wales

The Guyana Sugar Corporation (GuySuCo) has entered into partnership with the Guyana Rice Development Board (GRDB) to plant seed paddy at Wales Estate. The partnership resulted out of the GRDB’s continued research aimed to develop new rice varieties for local farmers.

To avoid cross pollination, GuySuCo was approached by the GRDB to use land and other resources made available through the sugar company’s rationalization plans. 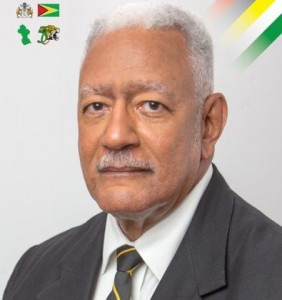 Minister of Agriculture, Noel Holder, explained that Wales was chosen since there is no rice being grown in close proximity, thereby reducing possibilities of contamination by other varieties of rice.

“Seed paddy to be pure when multiplying, is ideally produced in an environment that is not in the midst of other kinds of rice,” Holder said.

According to the minister, the arrangement will not require GuySuCo to acquire new capital, but rather utilize lands and equipment which may otherwise be idle as the highly indebted company continues to be reorganized.

Further, the minister said the partnership is an opportunity for GuySuCo to earn much needed finances as it continues to work at finding a way out of heavy debts. “GuySuco needs to get into economic activities. It is punishing, it’s costing the nation over $12 billion per year,” the minister said.

According to the minister, the arrangement between GuySuCo and the GRDB is a win-win solution for both entities.

Since coming to office the coalition government has undertaken to reorganize the Guyana Sugar Corporation with a view to making it profitable and less dependent on subventions from the treasury.

Wales Estate is in a rice free zone making it ideal for the development of seed paddy for specialty rice which is high in demand and attracts premium price on the world market.