Mexico is expected to become a major player in the local rice industry.Prime Minister Moses Nagamootoo, on Saturday, explained that Mexico could be going this route within the next five weeks.

Updating residents of Region Two, a major rice producing area, Prime Minister Nagamootoo, who initiated the talks with Mexico on buying Guyana’s rice, explained that the recently received a letter from the President of Mexico,reminding him of the conversation, and authorising the Mexican Ambassador to hold conversations with Guyana.

“He told us in five weeks’ time that Mexico would conclude evaluating all the information we gave, about the quality of our rice, and they would decide,” the Prime Minister said. “…and it seems to me that Mexico will be a very great player in purchasing rice, maybe not at the price that Venezuela gave us, but at a price that would keep our farmers going,” he added. 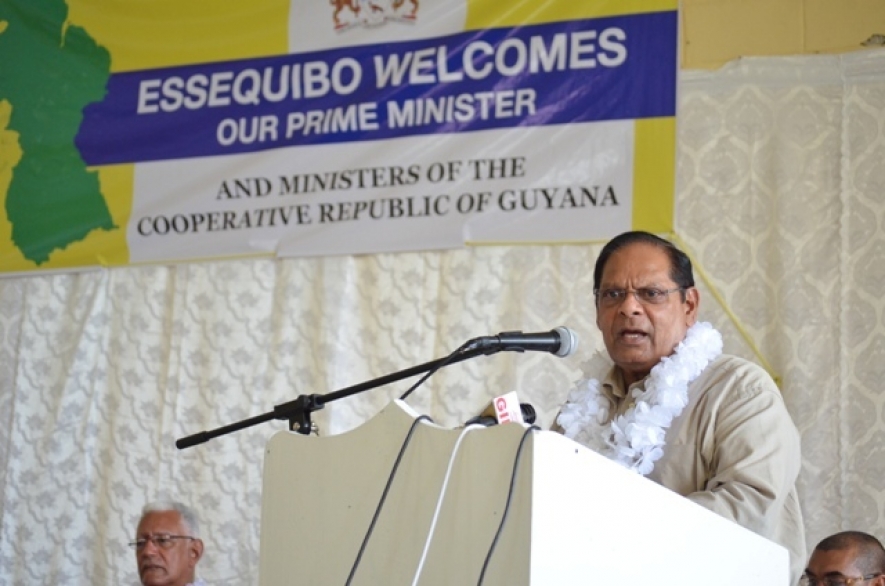 Despite the embargo placed by Venezuela on Guyana’s rice, the Prime Minister noted that today, the country is selling rice to 38 countries. “So Mr. Maduro, you have not shut the world, you have only shut yourself away from the goodwill of the Guyanese people and farmers,” the PM loudly declared.

“We are facing some tough situations, but we are dealing with them,” the PM assured the residents, even as he pointed out that the beginning of the problem in the industry started with a conspiracy against the farmers.

“There were people whom we had trusted and felt were our leaders, who knew Venezuela was going to cancel the rice deal, but did not share the information with anyone, not even with you before the elections.  What they went around and told people was that Venezuela would not buy our rice if the coalition was voted in, so they knew about it and they were using it as a threat,” Mr. Nagamootoo pointed out.

The Prime Minister however, assured that despite nay-sayers’ pronouncements, “rice is here to stay. Those who are peddling the notion that farmers are running from the rice crops, you must know that grains are in need all over the world,” he said. The PM reiterated the government’s commitment to further seek out more markets for Guyana’s rice.

Despite rice not being the primary responsibility of the government, since the industry is a private one, the government has gone about looking for markets for Guyana’s paddy and rice. The now soon to be replaced Venezuela purchase used to account for 30 percent of Guyana’s rice export market.