Agriculture Ministry team wraps up successful outreach to Region 8 -efforts are being geared towards establishment of Agri. Stations in hinterland regions

A successful three-day exercise was concluded on Friday last by representatives of the Ministry of Agriculture, Inter-American Institute for Cooperation on Agriculture (IICA) and the Organisation of the American States (OAS) aimed at pushing agriculture the Region Eight.

Agriculture Minister Hon. Noel Holder who headed the team held meeting with residents at Kato, Monkey Mountain and Paramakatoisub-regions. During the meeting several issues were raised with respect to resuscitating agriculture in the region.

According to Mr. David Jwalla,a resident of Kato, the soil typesin the region are feasible for agricultural production of both orchard and cash crops. However, assistance is presently being sought to ensure that this vibrant sector is resuscitated. In the past ground provisions were the only commodity group planted in the area. Today, crops such as boulanger, peppers, cabbage and rice are also grown.

“Ensuring that Agriculture continues in the region remains an important pillar in our agricultural development…. Research remains another issuethat is required and as such, we (Ministry of Agriculture) will be working to have Agricultural Research and Demonstration Stations developed in hinterland regions,” he said. 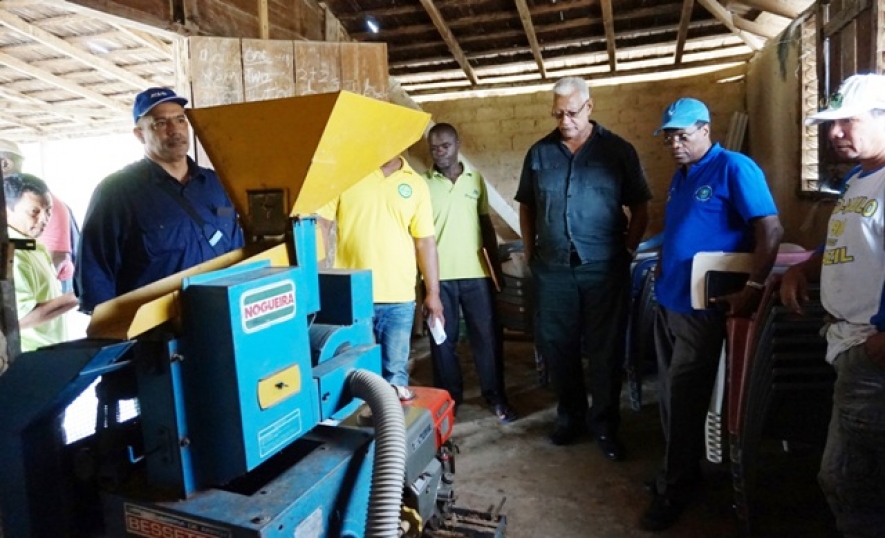 At the meetings at Monkey Mountain and Paramakatoi, similar issues were raised with accessto market and employment opportunities taking center stage largely due to infrastructure limitations. According to residentsoftentimes there are no access to markets for the produce. They made appeal to the subject Minister for assistance in marketing their produce.

The Agriculture Minister noted that the Ministry is presently looking at ways in which sustainable food production systems within the communities can be developed.  This is aimed at improving the livelihoods of Guyana’s first peoples

In addition to dealing with the constraints affecting the production of the traditional crops, the ministry has also introduced some new crops to the communities, particularly spices. Government recognises that the most important factor for development is people and, as such, has been working effortlessly to develop this aspect.

The Ministry of Agriculture will be implementing, soon, a Pest Control programme in Region Eight targeted at the community’s acoushi ant problem. The programme has already been introduced in Region Seven.