Several development projects in pipeline for Hope Estate -improved production, productivity to be derived as a result

Rice and Cash crop farmers of the Hope Coconut Estate will soon benefit from enhanced production and productivity as works are slated to commence shortly, to further developed the area into a lucrative agricultural producing area.

Among the areas for development, farmers will be benefiting from the construction of the farm to market road, development of additional pasturage and the implementation of a Dairy Development Plant.

The bid for the rehabilitation of the road will be opened on February 28, after which works will commence. The request for the roadworks were made to the Agriculture Minister recently by the farmers on the basis that it will significantly boost their livelihood.

Apart from the already thriving rice and cash crop sector, the Hope Coconut Estate has recently expanded its Coconut Nursery with the aim of resuscitating the industry. Several steps are being taken to ensure that the sector which has scope for expansion receives the much needed support from Government.

In addition, works are moving apace in the realization of a Dairy Plant to augment the local industry. The Ministry of Agriculture through the Guyana Livestock Development Authority (GLDA) is currently in talks with investors to have the project becomes a reality. 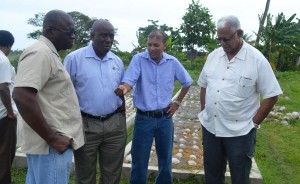 Meanwhile, the issue of Non-payment of lease to the Hope Coconut Estate remains a hindering factor for Authority, according to the Estate’s Manager, Mr. Ricky Roopchand.

Roopchand noted that of the $3.8M owed by farmers, the Estate were successful in having this reduced to due to some farmers paying their outstanding lease.

“There are 237 farmers in the Hope Estate area and of the amount 103 do not pay their stipulated lease, which amount to 43 percent,” Roopchand stated.

A decision was taken to have an increase in land rate across the board and farmers are now being asked to pay $15,000.

Central Government has indicated its unwillingness to award subsidy to the Hope Coconut Estate. As a result the Authority will have to be self-sufficient to maintain its operations. 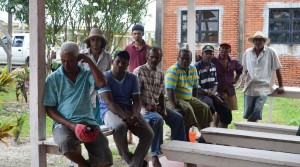 Some of the farmers who operate out of the Hope Estate